The African Union has said it will deploy human rights observers and military monitors to violence wracked Burundi. The country has been in a political crisis since April last year. 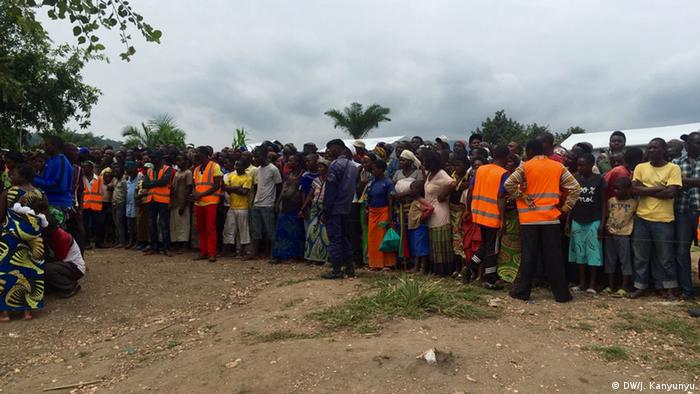 Burundi has agreed to accept the deployment of 100 human rights observers and 100 military monitors as months of political violence raises concern the country could fall back into deadly civil war, the African Union said on Saturday.

The leaders of South Africa, Gabon, Mauritania, Senegal and Ethiopia have been in Burundi this week meeting with representatives of the opposition and government to prevent escalation of a crisis that has killed more than 400 people and displaced at least a quarter of a million (pictured) in the past 10 months.

The AU said in a statement that "the solution to Burundi's political problems can be attained only through inclusive and peaceful engagement."

The African body assigned Ugandan President Yoweri Museveni to act as a mediator to foster dialogue between President Pierre Nkurunziza and the opposition.

Nkurunziza had previously said he would oppose an AU mission in the country, which has been in crisis since last April when he announced a bid to run for a third term despite a constitutional two-term limit. He was elected to a third term in July in an election boycotted by the opposition.

The re-election turmoil and a failed coup attempt in May spawned a deadly wave of violence across Burundi, with the opposition and government tied to bombings, disappearances, murders and abuse.

Nkurunziza has accused neighboring Rwanda of fomenting violence and backing the opposition, charges that US officials have said carry some weight.

Earlier this week Nkurunziza met with UN Secretary General Ban Ki-moon and said he would engage in dialogue with the opposition.