Tens of thousands of refugees who fled the violence in Burundi and sought sanctuary in neighboring Rwanda are to be sent elsewhere. The move by Kigali comes amid renewed accusations of Rwandan meddling in Burundi. 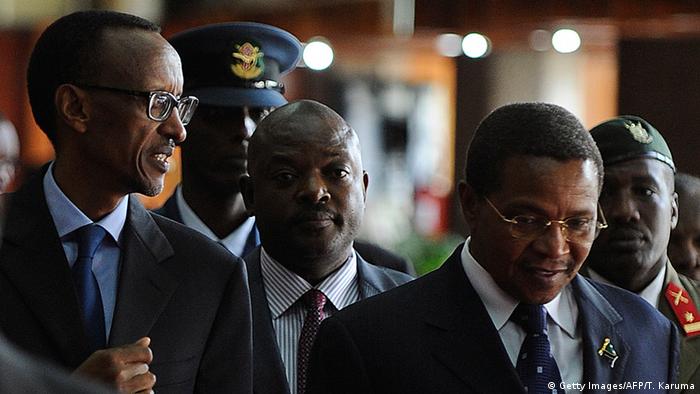 The government of Rwanda has announced that "it will immediately begin working with partners in the international community to plan the orderly and safe relocation of Burundian refugees to third countries."

The Rwandan government statement did not specify which third countries it had in mind. Martina Pomeroy, who works for the United Nations refugee agency, UNHCR, says that even after a meeting between UNHCR and government representatives, things remain unclear. "Up to now, the government has not really made clear who these international partners could be. And we don't have any kind of information as to where these refugees would go," she told DW.

The announcement by Rwanda comes just days after concern about its alleged activities in Burundi was raised in the Senate Foreign Relations Committee in the United States.

Thomas Perriello, US envoy for the Great Lakes region, told the committee there were "credible reports of recruitment of Burundian refugees out of camps in Rwanda to participate in armed attacks by Burundian armed opposition against the Burundian government."

Linda Thomas-Greenfield, US Assistant Secretary of State for African affairs, informed the senators that "we have seen a number of reports from our colleagues in the field that suggest that the Rwandan government has been involved in destabilizing activities in Burundi."

The remarks by the senior US diplomats on Wednesday (10.02.2016) came less a week after a panel of experts told the UN Security Council that Rwanda was recruiting and training refugees from Burundi - including children - and its ultimate goal was to remove Burundian President Nkurunziza from power. 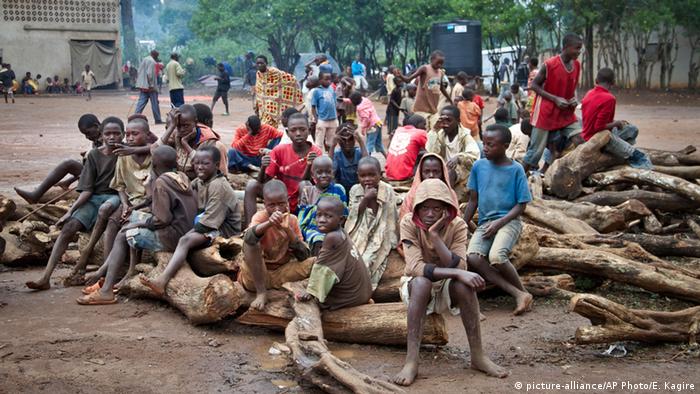 Tens of thousands of Burundian refugees have sought sanctuary in Rwanda.

The panel's leaked confidential report said the experts had spoken to 18 Burundian refugees who had provided details of their military training last summer in a Rwandan forest camp.

The refugees, who spoke to the experts after crossing into the Democratic Republic of Congo, said that they had been recruited in the Mahama refugee camp in eastern Rwanda in May and June 2015.

They said they were given two months of military training and some of their instructors were Rwandan military personnel.

They were trained in tactics, the maintenance and use of assault rifles and machine guns. Some were also taught how to use grenades, anti-personnel and anti-tank mines, mortars and rocket-propelled grenades. Six of the 18 trained combatants were minors.

The refugees told the experts that at least four companies of 100 recruits were being trained and that they were transported around Rwanda in military trucks, often with military escorts.

Analysts differ in their assessments of the veracity of the confidential UN report. Phil Clarke, lecturer in international politics at SOAS, University of London told DW shortly after the disclosure of its contents that "it was too early to say whether it had really uncovered the truth." There were only two paragraphs in the 12-page document that referred to Burundian rebels and there was a lack of detail and concrete allegations against Rwanda. UN experts had made mistakes in the past when trying to assess Rwanda's influence in the region, Clarke added.

The government of Burundi has accused Rwanda of supporting its opponents and as serving as a rear base for a nascent insurgency. Rwanda has rejected these allegations. 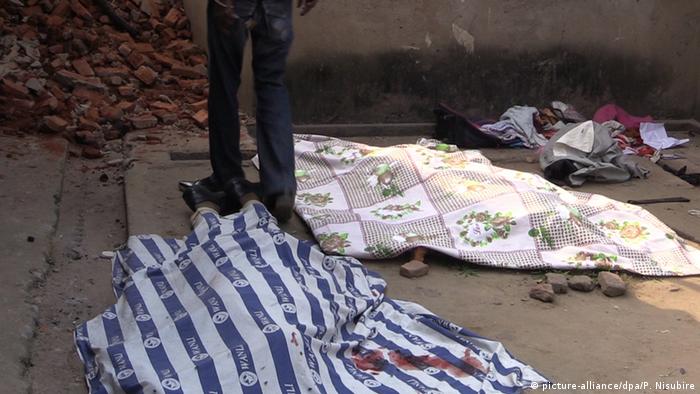 Clarke says "it is in Rwanda's interests to see calm return to the region and to seek a peaceful solution," especially because of the presence of Burundian refugees in Rwanda who would then be able to return home.

Simiyu Werunga, director of the African Center for Security and Strategic Studies, Nairobi, believes the confidential UN report has a ring of truth to it. He said the Burundian government had lodged a complaint about Rwanda with the African Union as it had testimony that the Rwandan government was coming to the assistance of exiled members of Burundian opposition. "It has named people who were trained by Rwanda," he told DW.

Burundi has been in turmoil since President Pierre Nkurunziza announced plans in April 2015 to run for a third term, which he subsequently went on to win. More than 400 people have died since then and at least 230,000 have fled the country in the intervening ten months.

Clarke also points to the tense relations between Burundi and Rwanda. "Both sides spread propaganda about each other, rumors and disinformation," he said. This could make it difficult for UN experts to draw the right conclusions.

Eric Topona contributed to this report

Rugurika: 'Burundi is in a state of civil war'

Burundi's government opposes the deployment of an African Union mission, despite the continuing conflict. For Burundian journalist Bob Rigurika, the chance for dialogue has long passed. (05.02.2016)

Is there a threat of civil war in Burundi? International law expert Gerd Hankel says no. In an interview with DW, the expert is against the deportation of Burundian refugees from Germany. (29.01.2016)

Political dialogue has started in Burundi ahead of a UN Delegation visit to discuss huge concerns over human rights violoations. Opposition parties are boycotting the talks. (20.01.2016)

Rwanda is hosting the CHOGM summit. It brings together leaders from Commonwealth countries, including 19 African states.