Burundian President Nkurunziza has promised to release 2,000 people detained during months of unrest. But the opposition are skeptical of the pledge, made during a visit to the country by the UN's top diplomat. 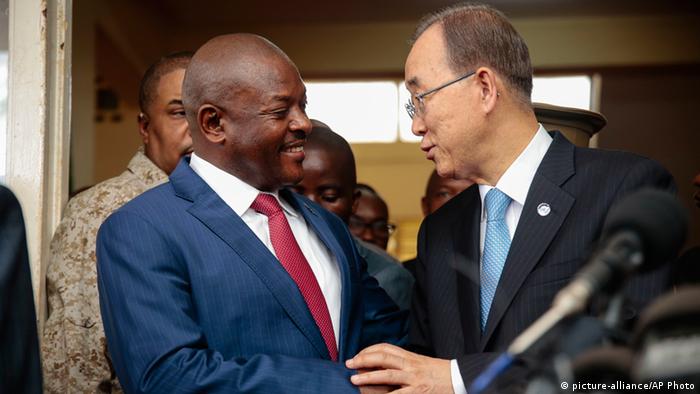 UN Secretary General Ban Ki-moon said on Tuesday (23.02.2016) that Burundian President Pierre Nkurunziza and opposition politicians had agreed to hold talks to end a 10-month political crisis which has tipped the country into chronic violence.

Ban was speaking in the Burundian capital Bujumbura after meeting Nkurunziza, other officials from the ruling party, opposition and civic groups.

A pledge by Nkurunziza to release 2,000 prisoners detained during the crisis was described by Ban as "an encouraging step" and he urged the president to take more measures to promote peace.

Ban also said he was encouraged by the promise of political leaders, whether in the ruling party or opposition, to "engage in inclusive dialogue."

He said Burundi's political leaders must be willing to "summon the courage and confidence" to make a credible political process possible.

Burundi was plunged into chaos in April 2015 when Nkurunziza announced he was running for a third presidential term, triggering street protests and a coup attempt. Opposition parties say his election bid, which he went on to win in July, was unconstitutional. 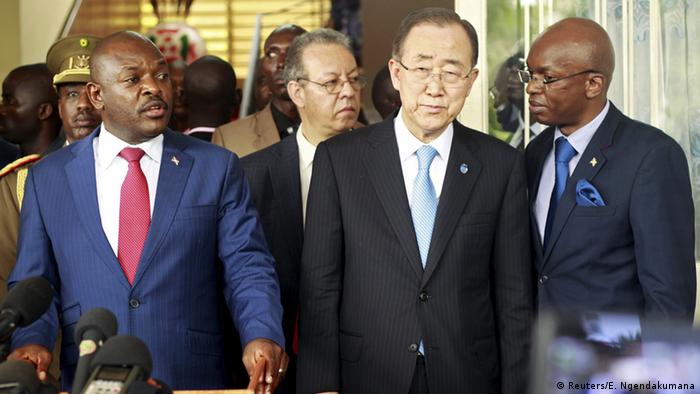 The European Union, the African Union as well as the UN have all made efforts in the past to broker a solution to the crisis.

Opponents and supporters of Nkurunziza have targeted each other in gun, rocket and grenade attacks. More than 400 people have been killed and more than 240,000 have left the country.

Delivering testimony on Burundi at a meeting of the US Senate Foreign Relations Committee on February 10, 2016, the group Human Rights Watch (HRW) said "killings are occurring almost daily and an alarming new trend of enforced disappearances has emerged in recent weeks." HRW also said "witnesses and victims were terrified to speak for fear of retributive violence."

Opposition groups were less willing than the UN Secretary General to enthuse over Nkurunziza's offer to release prisoners.

"We are not sure if he will free opponents. We fear that he may only release his own men. What criteria will he use?" said Thacien Sibomana, spokesman for the opposition's UPRONA (Union for National Progress) party.

The Burundian government has said in the past it will not hold talks with anyone involved in the failed coup attempt in May. 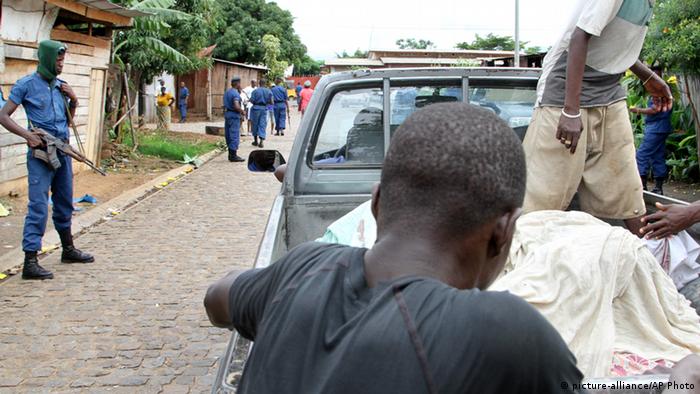 But opposition leader Leonce Ngendakumana, head of Sahwanya-FRODEBU, said the UN must get more involved in the inclusive dialogue so that it "takes into account those accused of participating in the failed coup of last year; they have to be there."

With the UN sending its top diplomat to Burundi, it appears that the world body is now refocusing its attention on the 10-month crisis. But Benjamin Chemouni from the Department of International Development at the London School of Economics and Political Science told DW "the extent to which Ban Ki-moon has any leverage over Nkurunziza is very unclear."

A diplomatic bid by the African Union (AU) to help resolve the crisis follows on Thursday when South African President Jacob Zuma is expected in Bujumbura. He will be accompanied on the two day visit by the leaders of Mauritania, Senegal, Gabon and Ethiopia.

Chemouni said the AU "lost political capital" by deciding in December 2015 to send troops to Burundi and then backtracking.

Nkurunziza had said he would view the arrival of AU peacekeepers in his country as an invasion.

In his talks with Ban, Nkurunziza reiterated his accusations that Rwanda was interfering in Burundi's internal affairs. Rwanda denies the allegations.

Apollinaire Niyirora in Bujumbura contributed to this report.

The United Nations’ Secretary-General Ban Ki-moon is in Burundi to step up efforts to end months of violence in the country. Ban is holding talks with President Pierre Nkurunziza on Tuesday in Bujumbura. (22.02.2016)

Tens of thousands of refugees who fled the violence in Burundi and sought sanctuary in neighboring Rwanda are to be sent elsewhere. The move by Kigali comes amid renewed accusations of Rwandan meddling in Burundi. (12.02.2016)

Leaders attending the African Union Summit have decided that no troops will be deployed without Burundi's consent, marking a 180-degree turn on the AU's earlier position. Simona Foltyn reports from Addis Ababa. (02.02.2016)

The world's most ignored displacement crises are in Africa, according to an annual ranking. It's the first time all 10 are on the African continent.

Women’s football in Africa is on the rise with bigger prize money on offer at the continental championship. This comes as more countries see women’s football as an opportunity to participate on the international stage.