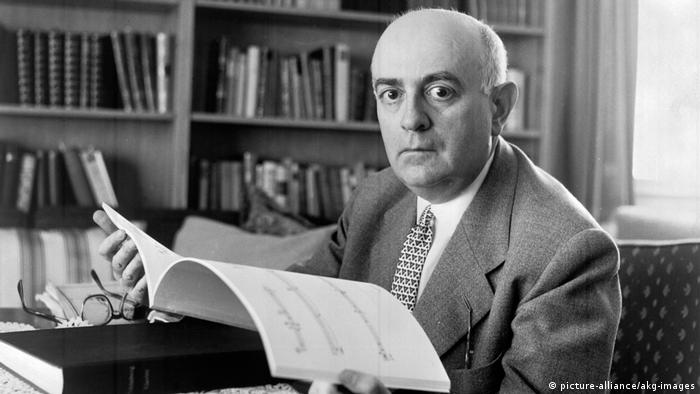 In their famous work of philosophy and social criticism from 1947, Dialectic of Enlightenment, Theodor W. Adorno and Max Horkheimer aimed "to explain why humanity, instead of entering a truly human state, is sinking into a new kind of barbarism," as the authors wrote in the preface.

Born in 1903 to a Jewish wine merchant, Adorno had good reasons to be reflecting on this topic. When the Nazis took power in 1933, the music theorist and philosopher who had written his habilitation thesis on Kierkegaard had his right to teach revoked.

After a four-year stay in Oxford, UK, he emigrated to the United States, where he became an official member of the New York-based Institute for Social Research in 1938.

In 1949, Adorno returned to Frankfurt where he became associated with the Frankfurt School of social theory and critical philosophy, along with other intellectuals such as Max Horkheimer, Friedrich Pollock, Leo Löwenthal, Walter Benjamin, Herbert Marcuse, Erich Fromm and Siegfried Kracauer.

Adorno looked into topics that are still major research themes today, such as the connection between devotion to authority and fascism. In 1967, when the far-right National Democratic Party of Germany (NPD) won local seats in six state parliaments, he gave a lecture to students in Vienna, titled Aspects of Contemporary Right-Wing Radicalism.

The lecture, which until now only existed as an audio recording, has been published in 2019 in German (an English version, by Polity publishers, is to follow). The epilogue was written by historian Volker Weiss, a researcher on right-wing extremism. DW got in touch with Weiss to discuss Adorno's relevance today. 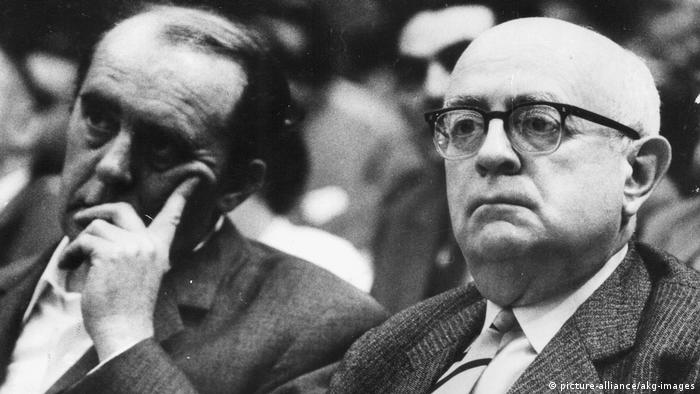 DW: As a critic of capitalism, Theodor W. Adorno was highly popular in the early 1960s. 50 years after his death, he is now coming back into the spotlight. What makes his work essential in our globalized society?

Adorno's philosophy was not only a critique of capitalism, it also offered an inventory of modernity as a whole. He paid particular attention to the impact of the societal development on the individual, looking into how liberating progress could be, but how it also created new threats.

As a smart Marxist, he knew that it was not possible or desirable to stop technological development. Still, he didn't fall into the naive optimism that for a long time dominated the left.

His thinking was based on the significant experience of knowledge being put to the service of rulers rather than liberation. He saw how Enlightenment, having to a certain extent reached the highest level of technological progress, turned into a new barbarism. The 19th and 20th centuries offered enough material to illustrate this.

Even though the concept of the "modern era" is now seen as outdated — we now rather refer to diversified, various "modernities" — Adorno's core questions remain relevant today. 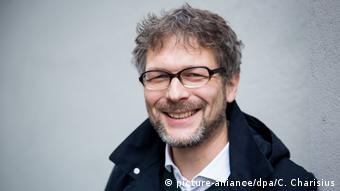 Adorno was a thinker, not an activist. Yet "There is no true life within a false life" has become a popular slogan. What does that statement refer to?

This aphorism from Minima Moralia refers to the impossibility of setting up private happiness amid a society's catastrophic developments. Modern societies have a tendency to impact every sphere of a life. That doesn't free us from trying to achieve a real life, however. And Adorno most certainly didn't aim to write proverbs for calendars.

In the 1960s, only 20 years after the fall of the Nazis, the far-right party NPD won seats in parliament. How did Adorno explain resurgent right-wing extremism?

Adorno saw the shortcomings of Western democracies as as a more important cause of the problem than the activities of the old Nazis, who were still very present in the 1960s. He knew that the far right was drawing its strength from the people's disappointment in an age of unredeemed emancipation. Since the 19th century, they had been told that every person was the architect of their own fortune, yet they were always blocked by invisible boundaries. That's how Adorno came to identify fascist movements as "scars of democracy." 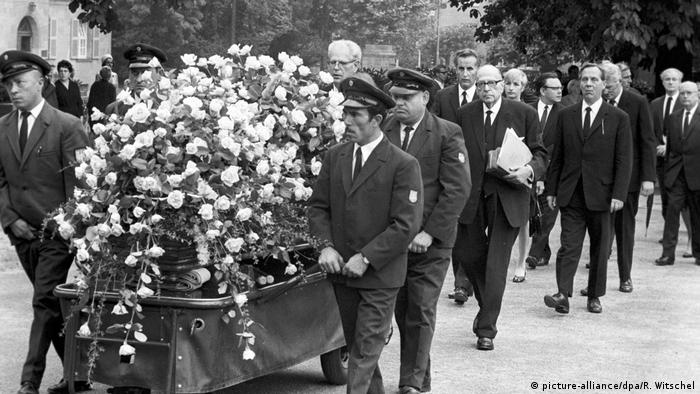 The lecture Adorno gave to students in 1967, "Aspects of Contemporary Right-Wing Radicalism," has now been published as a book and has landed on bestseller lists. Why does it feel so contemporary?

These "scars" still exist today, for example if you look at the democratic deficits of bureaucratic apparatuses like the EU. A growing number of people prefer to be confronted with a clear authority, such as a non-liberal nation-state, rather than with unintelligible, abstract-seeming apparatuses. So on a socio-psychological level, Adorno still has something to tell us.

Furthermore, economic and technological developments — here Adorno is referring to the concentration of capital and automation — make people feel superfluous. 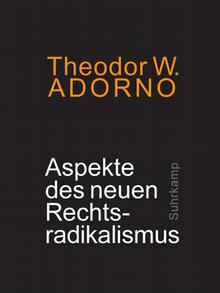 An English version of the book will be published by Polity

Actual or perceived crises lead to the desire to see it all end. Far-right movements today are still characterized by these catastrophic traits, which are half fear and half nostalgia.

And the methods of the NPD that he had observed at the time are still in use today. You can see in the internet how technical perfection is combined with completely abstruse content.

What does he recommend to counter far-right politics?

Adorno doesn't have the illusion that rightist leaders could be converted to join the conversation. That thought would certainly have made the generation that experienced World War II frown. Instead, he recommends clearly pointing out the consequences of far-right politics, their destructive aspects and consequences. Most of all, he wants youth to draw away from these movements — and that, in retrospect, was something that worked quite well at the time.

Volker Weiss is also the author of Die autoritäre Revolte: Die Neue Rechte und der Untergang des Abendlandes, (The Authoritarian Revolt: The New Right and the Decline of the West).

George Orwell's "1984" is not the only classic that's celebrating a comeback. Hannah Arendt's philosophical essay "The Origins of Totalitarianism" has also spiked in interest recently. Here's why it's so relevant. (02.02.2017)

Renowned for his analysis of democracy and rule of law, he is one of the most influential thinkers alive. As he turns 90, Jürgen Habermas is not about to stop getting involved in the big questions of our time. (18.06.2019)