Lithuania doesn't have dark crime novels like Scandinavia or Nobel Prize-winners like the Belarusians. But it's a country full of bookworms and a diverse history that's reflected in its books, writes DW's Inga Janiulytė. 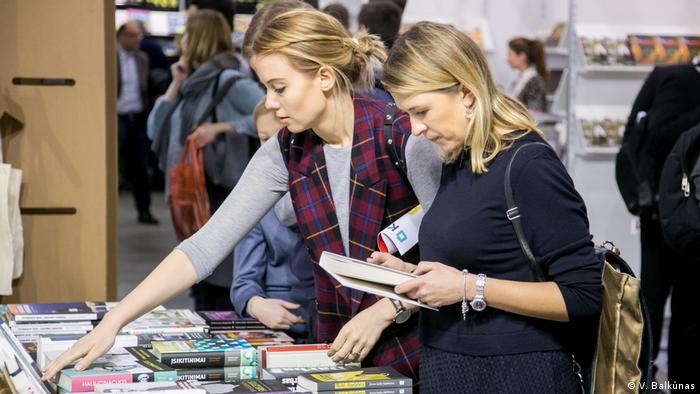 It's only fitting that Lithuania should be featured at this year's Leipzig Book Fair (March 23-26), because books have always been sacred in Lithuania. We love them so much that we even smuggled them.

Clandestine transport became a necessity during the 19th century when the ruling Russian Empire banned books printed in the Latin alphabet and tried to replace it with Cyrillic. Despite the risk of exile or even execution, book smugglers created extensive networks and illegally transported volumes from as far away as the United States until the ban was lifted in 1904.

Nowadays, we no longer have to smuggle books, but literature still manages to draw thousands of Lithuanians at a time - like at the annual Vilnius Book Fair held in late February. Readers come to get the newest and best books at a reduced price (it's no secret that we like discounts as well), attend events and discussions, and meet the big-name authors in person. One of them is the tireless 85-year-old journalist Algimantas Čekuolis, who writes a new book for every fair.

In my experience, Lithuanians know that books are not only a great source of pleasure, but can also teach us to express ourselves.  After all, we need strong language skills to write a likeable Facebook post, right? Jokes aside, reading remains a popular activity in Lithuania - whether in spite or because of social media.

A large number of the books published in Lithuania are fiction, but also non-fiction works focusing on specialized fields like psychology, neurolinguistic programming and body language. Cookbooks are popular as well. However, children's books enjoy the biggest average print run in Lithuania: a whopping 2,200 copies per title compared to the overall average print run of just 1,300 copies per title, according to the Lithuanian Publishers Association. 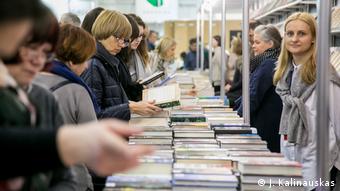 The trend is publishing fewer copies of more titles

The latter number has shrunk drastically in recent years, not because fewer books are being sold, but because fewer copies are being printed of more titles. According to a recently published report from the Lithuanian Publishers Association, 4.3 million copies of 3,400 book titles were published in the Baltic country in 2015.

The proportion of original Lithuanian books to translations from foreign languages is 50/50. The majority of translations come from English-speaking countries, particularly the United States, leaving France and Germany far behind.

Former US President Barack Obama's favorite book in 2015, "Fate and Furies" by American writer Lauren Groff, is selling very well at the moment - though exact sales statistics are unreliable since the country's largest bookstore chain also belongs to the biggest publishing house. Other foreign bestsellers like "Harry Potter" and "Fifty Shades of Grey" are also very popular and are swiftly translated into Lithuanian.

Lithuanian publishers are under pressure to deliver the translation as quickly as possible because so many people speak English well enough to read the original version. Since downloading English e-books is quick and imported copies of original English titles are also fairly easy to find, more and more people - especially among the younger generation - aren't waiting for the Lithuanian translation.

"Harry Potter" aside, half of the books published in Lithuania are written in Lithuanian. So what are they about?

Among the bestsellers is a four-part series of historical fiction novels called "Silva Rerum," which means "forest of things" in Latin. They tell the story of an aristocratic family that lived in the capital Vilnius and the northern Lithuanian region of Žemaitija during the 17th and 18th centuries.

The author, Kristina Sabaliauskaitė, grew up in Vilnius, lives in London, and is an art historian. In her meticulously researched books, she reveals the diversity of historical Lithuania, and Vilnius in particular. Why is her series so successful? It might have something to do with Lithuanians wanting something more modern and even extravagant. The "Silva Rerum" saga, which wrapped up last year, focuses on urban rather than rural lifestyles, plays with the mythology of Vilnius, and employs unusually long, vivid sentences. 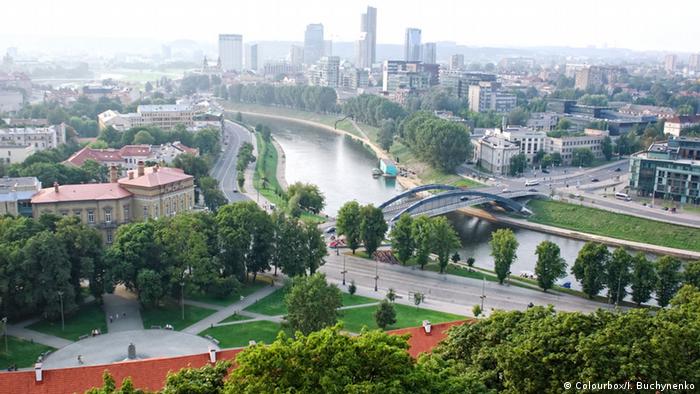 Before World War II, Vilnius was even more culturally diverse than it is now

Several years ago, the steampunk novel "Hour of the Wolf" also made waves. The book depicted a decidedly alternative version of early 20th-century Vilnius. It immediately became a bestseller and was followed up with one sequel. However, the author of the book, journalist Andrius Tapinas, seems less interested in writing now - he is busy presenting his own videos on YouTube.

A slew of non-fiction books about Vilnius have also hit the market recently. Last year, one of the biggest hits was "100 Historical Relics of Vilnius." The author, Darius Pocevičius, conducted extensive research into old objects in the city, like buildings, inscriptions, and the origins of street names. He says that the book was born of his love for the city, which was aroused when he realized "how many holes and white spots there were in Vilnius' history."

These "holes and white spots" refer to traces of Polish, Jewish, Russian, German and other cultures that faded away after World War II, when Lithuanians started to settle in the city. This year, the torrent of the books about Vilnius continues to flow. New titles about the city's Christian roots, famous love stories in Vilnius, and the history of the well-known Vilnius market were well received at the Vilnius Book Fair.

We want you to know more about us

In "Vilnius. City of Strangers," Laimonas Briedis, who holds a PhD in human geography, takes a look at Vilnius from various outsiders' perspective. He includes the encounters of French military leader Napoleon Bonaparte, Russian writer Fyodor Dostoyevsky, French author Stendhal, German writer Alfred Döblin and other lesser known but significant cultural figures that passed through, visited or lived in the city. 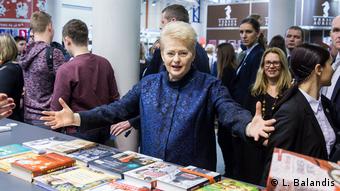 The author says the narratives about Vilnius - which marks Europe's eastern threshold - get to the heart of European identity, because the city was a melting pot of nationalities, religions and identities, from pagan Lithuanians, Catholic Poles and Orthodox or Jewish Russians, to Protestant Germans and Muslim Tartars.

It's an important book for Lithuanians to understand the roots of their capital city and their country's image in other parts of the world. But it's also aimed at a much broader audience: Laimonas Briedis, who grew up in Vilnius and now lives in Vancouver, Canada, wrote the book in English to make it accessible around the world.

Not only do celebrity Lithuanian writers like Sabaliauskaitė or Briedis live and work abroad, many non-famous Lithuanians have emigrated as well. We joke that you can meet a Lithuanian in every corner of the world. Yet we often find out that people abroad don't know where Lithuania is, or confuse Vilnius with Riga, the capital of Latvia.

It's okay - we know it's difficult to remember all the names, but we are happy to meet people who do know something about our country. That's why we get excited to see books by Lithuanians written in or translated into other languages; it increases the chance that you'll get to know more about us.

And that's also why we are determined to make a good impression as the guest country at the Leipzig Book Fair, and next year at the London Book Fair, where Lithuania will be featured together with Estonia and Latvia as the Market Focus.

Fleeing war-torn Syria, painter Majd Kara found himself in Lithuania where half the population says they refuse to help asylum-seekers. Now holding his second exhibition, Kara is changing the country's attitude. (28.11.2016)

His latest novel, "4321," is considered his magnum opus. American cult author Paul Auster will be reading from it and discussing the work in five different German cities this week. (14.03.2017)