His latest novel, "4321," is considered his magnum opus. American cult author Paul Auster will be reading from it and discussing the work in five different German cities this week. 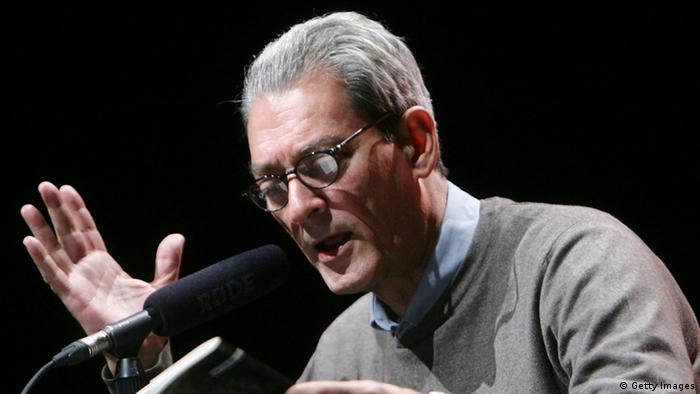 For almost 30 years already, German readers have been great fans of the author Paul Auster. That's why his latest novel, "4321," was published almost simultaneously in English and German, just in time for Auster's 70th birthday on February 3.

To meet the deadline, four translators were commissioned to work on the German version of the 1,260-page novel. The unusual collaborative approach worked well in this case, as the novel "4321" tells four different versions of the story of its main character.

Auster tells the story of Archibald Ferguson in seven major chapters with four subchapters each. They provide four biographies of a single person: In one version, Archie Ferguson is born in 1947 and goes on living until the mid-1970s, yet in the three others, the character dies earlier on in his life. The reader follows these four lives, which Auster interlaces by going back and forth through time. 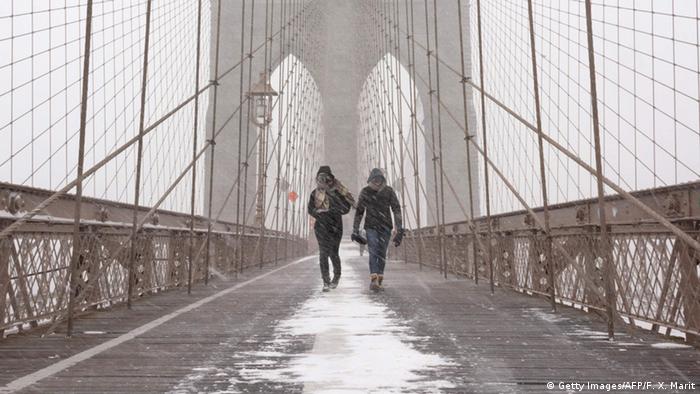 It sounds complicated, but the variations from one life story to the other only slightly vary. "4321" could be seen as one biographical text which regularly creates confusion in the reader's mind by including details which do not fit with previously told elements.

For example, in one version, Archie Ferguson goes out with his stepsister, while in another, it's a different girl. In one variation, his father dies in a fire; in the next, he survives. In one tale, Archie grows up poor, while in a parallel one, he never needs to worry about money.

Several aspects are present in all "four lives" of Archie Ferguson, including his parents' house, his family members, his passion for sports - baseball and basketball in particular - and for cinema, as well as his first attempts at writing. These common traits orient the reader through this classic coming-of-age story of an American boy and young man in the 1950s, 60s and the first half of the 70s.

There are therefore only a few variables built into the text - but they still require the full attention of the reader.

Despite its unusual formal structure, "4321" remains a conventional novel which combines an epic and exciting narrative with an elaborate psychological character study.

At one point in the novel, the character reflects on three books that strongly influenced him: "The Metamorphosis" by Kafka, "Catcher in the Rye," by Salinger and "Candide" by Voltaire. He's unable to determine which one of them was his favorite one - all of them are so effective in their own way.

Literature is a broad, diverse field. One does not have to cling to a single literary style. In the same way, one novel may also include four books. 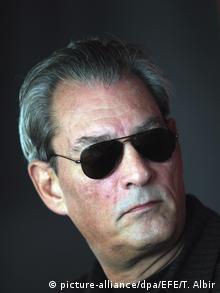 He's the person hiding behind many of his characters: Paul Auster

The narrative flow of "4321" offers alternative depictions of the possibilities of a lifetime, without defining which events are to be considered "right" and "true," focusing instead on the question, "what would have happened if...?"

What would've happened if Archie Ferguson hadn't done this or that in a given situation, if he'd acted differently? His life would have been different, demonstrates Auster, who masters the art of twists of fate like no other.

Auster had already started playing with coincidences and possibilities in his early novels in the 1980s, leading him to become a literary star in the US and in Germany.

He was then described as a postmodern author, a characterization rejected by the author, however. "The New York Trilogy," "In the Country of Last Things," "Moon Palace" and "The Music of Chance" were four titles that turned Auster into a cult novelist. He wrote many other novels and memoirs afterwards. Yet in none of them was he as convincing and compelling as in his first works.

Auster: 'People are hungry for stories'

Auster also likes to play with the theme of identity. He enjoys including autobiographical experiences in his texts, writing, for example, about the loss of a father, or about being an outsider, while reflecting on the life of a writer.

These themes are also present in "4321." This time, they're explored in an expanded narrative cosmos that's not as compact as his earlier works. 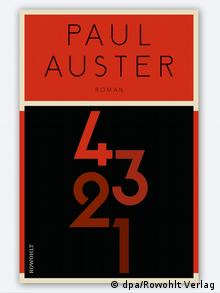 "People are hungry for stories, for invented stories. And when they don't get their stories in films, TV series or computer games, they sometimes even read novels," said Auster in a interview with the German daily "Die Welt," discussing whether a long novel like "4321" could still appeal to readers today.

Paul Auster on tour in Germany

It will doubtlessly appeal to his numerous German fans. Auster read from "4321" in Berlin on Monday, and moves on to events in Hamburg, Frankfurt and Tübingen before completing his literary tour in Cologne on March 17, at the Lit.Cologne literature festival.

At those events, Auster will likely be asked to react to Trump's presidency. The author, who'll also lead the American PEN center this year, has made his views clear in different interviews, saying for example on German public radio "Deutschlandradio Kultur": "Concerning Trump, it's a catastrophe that such an idiot could be elected president, and that such a dangerous and ignorant person could become president."

Two Egyptian writers face charges after a reader said a fictional sex scene left him physically debilitated. What the authors see as an incomprehensible injustice, prosecutors call an infringement of public morality. (13.11.2015)

Frank Witzel took the German book world's top prize at the Frankfurt Book Fair for his novel set in late-sixties West Germany. The award seeks to cast a spotlight on German-language authors. (12.10.2015)