What led to the fall of Kunduz?

As Afghan forces try to retake the center of Kunduz from the Taliban, DW examines the factors that led to the city's capture and the extent to which this affects the balance of power in the conflict-ridden country. 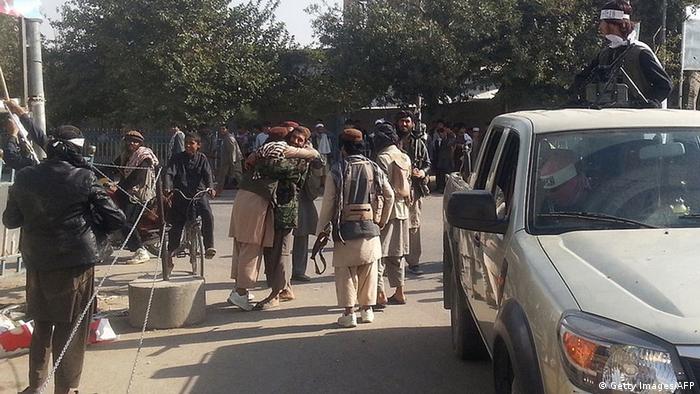 A day after Taliban insurgents overran the northern Afghan city of Kunduz, government forces have launched a counter-offensive aimed at retaking the first provincial capital in the South Asian nation to fall to the Islamic extremists since they were ousted from power in a US-led invasion 14 years ago.

The fall of Kunduz, which had been encircled by the insurgents for several months, is a major setback for Afghan National Security Forces (ANSF) and the administration of President Ashraf Ghani, and reflects the resilience of a group that has stepped up its offensive since the end of the ISAF mission in an attempt to seize new territory and discredit the Afghan government.

It also highlights the more troubling development that the insurgents have the capability to expand their area of operations by planning and executing coordinated offensives.

What remains to be seen, however, is the degree to which the group can defend its territorial gains as the Taliban have yet to hold large population centers for a significant amount of time after driving out Afghan security forces.

What led to the fall?

Media reports quoting Zabihullah Mujahid, spokesman for the hardline Islamist movement, said the insurgents had launched a surprise, three-pronged offensive before dawn, and that by evening they had captured the entire city. They also took over the prison and freed 500 inmates, including their fighters.

But as Jason Campbell explains, the capture of Kunduz - one of the Taliban's last holdouts prior to their overthrow in 2001 - was not the result of a one-time offensive, but of a concerted effort on the part of the insurgents.

The international security expert at the US-based RAND Corporation told DW that many of the city's districts had already been contested for years, and that the insurgents were bolstered in 2014 when fighters fleeing Pakistan's military offensive in North Waziristan crossed into neighboring Afghanistan.

"Thus, for over a year now a mix of Afghan and foreign fighters primarily from Pakistan and Central Asia have been gaining ground and threatening to push through government defenses into Kunduz city," said the expert.

Indeed, intense fighting around Kunduz between April and June alone caused 176 civilian casualties (36 deaths and 140 injured), of which 64 percent resulted from the operations of pro-government forces countering the Taliban advance, said the United Nations.

The UN is now seeking to verify reports that at least 110 civilians were killed and injured as a result of the latest round of fighting. "We fear that many more civilians may be harmed if fighting continues over the next few days," said UN High Commissioner for Human Rights Zeid Ra'ad Al Hussein in a statement.

Another contributing factor is the very complex human terrain in the province. Campbell explains that in numerous areas where there is a majority Pashtun population, disaffection with the government runs high and insurgent groups have had success resonating with the locals. "Countering these threats has been not only the ANSF, but also a patchwork of quasi-official and informal armed militia groups who in some instances are led by former anti-Taliban warlords," he said.

This is why some observers say the takeover of Kunduz is more a failure of the Afghan state than a victory for the Taliban.

"The Taliban did not come out of nowhere to take over Kunduz. Their fighters had been there for quite some time launching small-scale attacks on the city. This was meant to be a war of attrition against Afghan forces that would in turn pave the way for a full-scale offensive. And that's exactly what happened," Michael Kugelman, Afghanistan expert at the Washington-based Woodrow Wilson Center for Scholars, told DW.

This, in turn, has turned the spotlight on the issues afflicting the NATO-trained ANSF, which this year took over full security responsibility of a country still plagued by conflict and a resurgent insurgency. 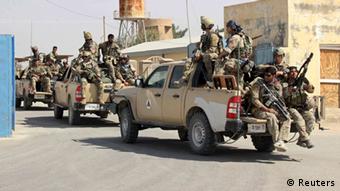 Afghan forces are 'fundamentally unable to qualitatively improve the situation on the ground,' said Hamid

While Afghan forces have been successful in driving the Taliban out, and may well do this again in Kunduz, "fundamentally they are unable to qualitatively improve the situation on the ground," Omar Hamid, Head of Asia Pacific Country Risk at global analytics firm IHS, told DW.

The Afghan armed forces have long been ravaged by high desertion rates, and experts fear that the latest developments in the north of the country could well lead even more troops to throw in the towel.

"They have made many improvements in recent years, but they still suffer from incapacities, and particularly in the areas of logistics, air cover, and intelligence collection. The Kunduz experience underscores a whole new level of vulnerability for the Afghan military," said Kugelman.

The fall of Kunduz also shows that without the participation of coalition forces in combat operations, the ANSF are spread too thin throughout the country to adequately address all of the pressing security vulnerabilities. In fact, in a bid to assist the Afghan forces' campaign to retake Kunduz, US military planes have struck Taliban positions on the outskirts of the city.

In view of this development, security analyst Campbell argues that Afghan officials will now have to weigh the risks of deploying forces away from other contested areas in the east and south against losing a major city to insurgent forces.

The city of Kunduz is not only of symbolic but also of strategic importance. It serves as a gateway to northern Afghanistan as it sits on the primary east-west road connecting the north of the country as well as the main north-south road connecting Kabul with neighboring Tajikistan in Central Asia.

Afghanistan's president has vowed to retake a key northern city captured by the Taliban on Monday. Backed by a US airstrike, Afghan forces have begun a mission to retain control of Kunduz. (29.09.2015)

Afghanistan has launched a counteroffensive in Kunduz a day after Taliban forces overran the strategic northern city. It was the group's biggest victory since being ousted from power in 2001. (29.09.2015)

Taliban insurgents have seized the city of Kunduz, the capital of a key province in northern Afghanistan, according to Kabul officials. Government forces are preparing a counterattack. (28.09.2015)

"Taliban control of such a transport hub creates a significant logistical disconnect for the Afghan government and provides direct access to smuggling routes to Tajikistan and Uzbekistan to the north," said Campbell.

Moreover, as analyst Kugelman explains, Central Asia has spawned a number of Taliban-allied terror groups such as the Islamic Movement of Uzbekistan (IMU), which have established a presence in and around Kunduz over the past few years. "The presence of these 'Taliban friends' certainly helped put the group in a position to take over Kunduz," he said.

Experts argue that reports of Taliban fighters looting, taking government vehicles and arms and freeing prisoners suggest they don't intend or expect to hold Kunduz for long. But as analyst Hamid points out, two things have already become clear: the government still has no clear strategy on how to defeat them, and the Taliban's area of operations is expanding, meaning that they are no longer restricted to just the south and east of the country.

But perhaps more importantly, the biggest damage is political as pressure increases on the government in Kabul. The capture of Kunduz will not only add to the sense of unease about the Taliban's advances, but also sharpen the sentiment against the one-year-old national unity government which has yet to fill out its cabinet.

"Afghans will certainly conclude that a government that can't pull off basic forms of governance is in no position to mount an effective response against am emboldened insurgency," said Kugelman. At the same time, the Kunduz seizure - coupled with the ANSF's struggle to contain the Taliban - could strengthen the insurgents' leverage and compel the Afghan government to limp back to the negotiation table in an effort to end the insurgency.

There is also mounting pressure on the security front as experts argue that retaking and subsequently holding a city like Kunduz will require Afghanistan's leaders to make some hard choices regarding the level of resources they can devote without risking a similar collapse elsewhere.

And then there is the expanding role of IS militants in the country which, according to IHS security analyst Hamid, will increase the likelihood that the conflict will turn into a three-way fight between IS, the Afghan government and the Taliban. 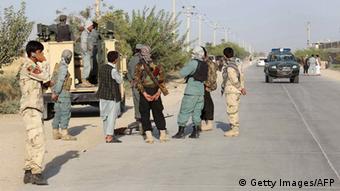 Hamid argues that while the Taliban have made clear their opposition to IS, internal dissension within the group leading up to peace talks with Kabul - and further exacerbated after the announcement of Mullah Omar's death - has led to significant numbers of militants defecting to IS. In fact, on September 26, Afghan media said that a UN report claimed IS was now active in 25 of Afghanistan's 34 provinces.

Another indicator of IS' growing significance in the Afghan conflict came over the weekend, when 300 IS militants in Nangarhar province launched coordinated attacks against several government checkpoints, said IHS.

But as analyst Campbell points out, long-term stability in Afghanistan will ultimately hinge on how Afghan officials confront root factors, such as dysfunctional governance and inequitable economic opportunities, that lead disaffected communities to lend their support to (or at least be indifferent about) the Taliban and like-minded groups.