What is gender budgeting and how can it help equality? | Business| Economy and finance news from a German perspective | DW | 21.03.2018

What is gender budgeting and how can it help equality?

The IMF and UN want governments to look into their budgets to see how money is spent differently on men and women. For many economists, discrimination is coded into policy — whether officials intend to or not. 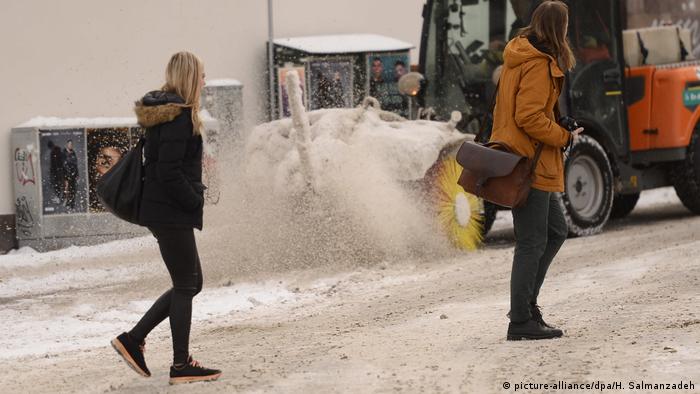 When the Swedish capital Stockholm looked at its snow-clearing policy for gender discrimination, conservative commentators kicked up a storm. Some said the Swedes were snowflakes. Many called it political correctness gone mad. Others wondered: What could snow plows have to do with feminism?

According to Daniel Hellden, Stockholm's vice-mayor for transport, a surprising amount connects the two. Sweden's roads are dominated by men. Women tend to walk, cycle or take public transport. Before Stockholm introduced gender equal snow-clearing in 2015, its roads and highways were the first to be cleared. Now sidewalks and cycle lanes take priority. What gives?

Stockholm's snow plow priorities are an example of 'gender budgeting' — a way for NGOs and politicians to look at how government finances affect men and women differently. First it compares public spending between men and women. Then it looks at the effects of that money.

Proponents such as the International Monetary Fund (IMF) claim policies that on paper appear gender-neutral are often gender-blind. In many cases they reflect the unconscious biases of their architects. In Stockholm, this meant a transport-management system that marginalized the needs of half its citizens.

"There is nothing like gender neutrality in any policy field," said Gülay Caglar, a political scientist at the Free University of Berlin. "Politicians claim that economics is about aggregated values like inflation rates, not about men and women. But even macroeconomic policies have a gender effect."

Take austerity measures. After the 2008 financial crash, the UK tried to lower its budgetary deficit by reducing government spending. Public discussion at the time revolved around which income groups would bear the brunt of cuts — not which gender. A report from the House of Commons Library found 86 percent of savings from tax tweaks and welfare cuts were taken from women. Policies penalizing one-parent families fell mostly on mothers, who make up about 90 percent of single parents. 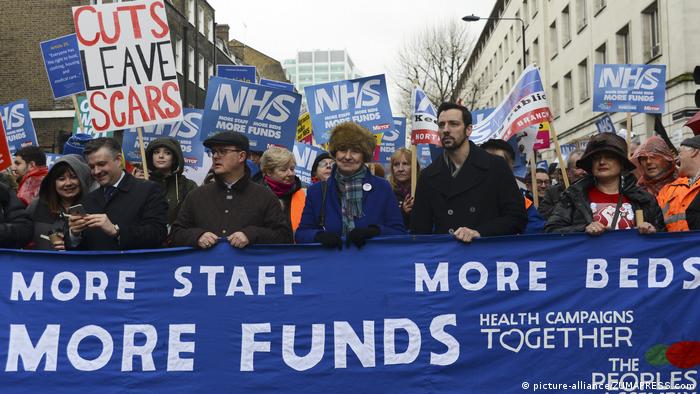 Similar scenes played out in Germany. Social care budgets and public sector jobs were among the first for the chop when the government decided to slash spending. At the same time, it propped up the hard-hit automobile industry with a combination of tax benefits and premiums on car disposal. Gender budgeters highlighted what politicians didn't: Germany's car industry is dominated by men, and its care industry by women.

"The areas most affected by budget cuts are social and health policies, so it's actually a double burden that falls on women," said Caglar. "For instance, if the sick cannot stay in hospitals, then the family has to take over the care — which normally means the women."

189 countries have signed the 1995 Beijing Declaration, a UN commitment that compels nations to dedicate portions of their budgets to gender analysis. But few countries have implemented meaningful gender budgeting policies. Less than half of the OECD, a club of mostly rich countries, are considering its introduction.

In nations which do have it, gender budgeting has helped level the playing field. Governments in Rwanda and Uganda, for instance, have improved the health of their nations by tackling childbirth-related deaths. South Korea has narrowed the gap in restroom waiting time between men and women by building more female public toilets. In India, a higher proportion of girls are enrolled in school in states that gender-budget than in those that don't.

It took a gender lens for transport officials in Stockholm to see the inequality built into their snow-plowing system. But the city benefitted in other ways. Injuries from icy falls decreased in areas where pedestrians were prioritized, said Hellden, which reduced the burden on the healthcare system. Fewer cars on the roads mean cleaner air and less pollution. "There are some extra costs, but no real negative effects for the city," he said.

Nor is it just women who benefit, said Anna Fridell, an equality officer for Eskilstuna, about 100 kilometers (62 miles) west of Stockholm. The town has won awards for its progress on gender equality. One example local officials are particularly proud of is increasing the number of men working in the care sector. They targeted summer volunteering programs at boys, who were less likely to take part, in a bid to increase men's representation in a female-dominated industry.

"After we changed the communication, the split between boys and girls was nearly fifty-fifty," said Fridell. "With long projects like this it is not always easy to see the benefits financially. But we use the money we've got in better ways, for both men and women."