After five years and 716 million kilometers, NASA's Juno spacecraft is just hours from entering Jupiter's orbit. If the mission succeeds, scientists may learn heaps about the most massive planet in our solar system. 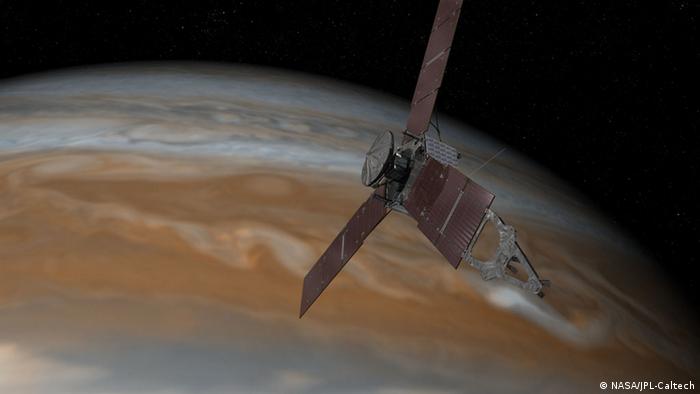 It all comes down to a precision brake procedure. If things go well, NASA's Juno spacecraft will get sucked into Jupiter's orbit by the planet's gravity.

"Jupiter's got a really interesting system," astronomer and Nobel Laureate Brian Schmidt told DW. "It's a mini-star, it's got Europa - it's got all this action going on with its moons - so it's an interesting place in the solar system."

It's an interesting place about which we know relatively little.

And if Juno fails to make Jupiter's orbit, this five year, billion dollar mission could end in a simple fly by.

The basic facts about the Juno mission

The Juno mission was launched on August 5, 2011. At the time of launch, the distance from Earth to Jupiter was 716 million kilometers (445 million miles). The mission costs about 1.13 billion dollars (1 billion euros) in total, including, among other things, spacecraft development, science instruments, science data processing and relay support for 78 months. Officially, the mission ends with Juno's deorbit on February 20, 2018.

The basics about planet Jupiter

Jupiter is a massive ball of gas. It is sometimes described as a "failed star" or a mini star. If it had been about 80 times more massive, it would have become a star, rather than a planet. Its composition is similar to "our star," the sun. It consists largely of hydrogen and helium. 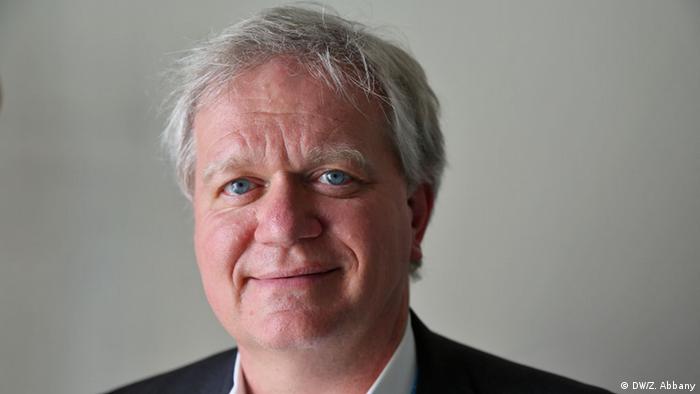 Brian Schmidt: "Jupiter - it's an interesting place in our solar system!"

Jupiter is 300 times more massive than Earth and five times farther from the sun. It takes 12 years to orbit the sun. But its days last only ten hours, because it rotates so fast.

It has four large moons and a host of smaller ones. One moon is called Europa, one of the largest moons in our solar system.

But there is so much more we don't know about Jupiter.

By orbiting Jupiter for 18 months, scientists hope Juno will detect and collect new images and data about the planet to teach us more.

How will Juno enter Jupiter's orbit?

To enter Jupiter's orbit, Juno will have to perform a series of steps. Juno's orbit-insertion phase (JOI) begins with the spacecraft turning away from the sun in the night from Monday to Tuesday, at 3:16 a.m. CEST (6:16 p.m. PDT). A little over an hour later, NASA says Juno "will make a faster turn into the orbit-insertion attitude."

It will then switch to a low-gain antenna, before "the spacecraft spins up from 2 to 5 revolutions per minute to help stabilize it."

Are you excited? Nobel Laureate George Smoot is excited.

"Of course I'm excited. I'm excited about all the missions because science is so much fun!" George Smoot told DW at the 66th Nobel Laureate Meeting. 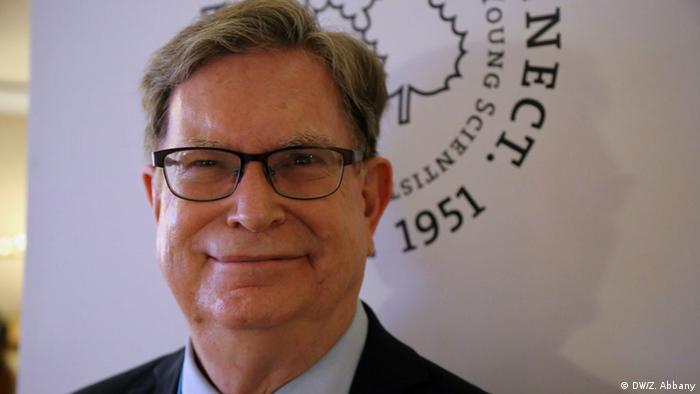 George Smoot: "You never know what exciting things you're going to learn."

Often, these missions can seem a terrible waste of money when we can't see any immediate Earthly applications. But some things come by surprise.

Apparently, Juno is pretty special itself. Why?

Juno is the first solar-powered mission to Jupiter, and it's the solar-powered spacecraft farthest from Earth. It will fly as close as 4,180 kilometers (2,600 miles) to Jupiter's cloud tops. And it is designed to operate "in the heart" of the planet's intense radiation belts. To do this, Juno has a specially built "titanium radiation vault to protect the spacecraft's most-sensitive instruments." Juno is also the first to fly with 3D-printed titanium parts.

"Jupiter's environment is highly radioactive," says Jens Erler, an astronomer at the Argelander Institute for Astronomy, who was a visiting "young scientist" in Lindau. "You have to invent special electronics hardened against the radiation, which is very interesting, regarding applications here on Earth." 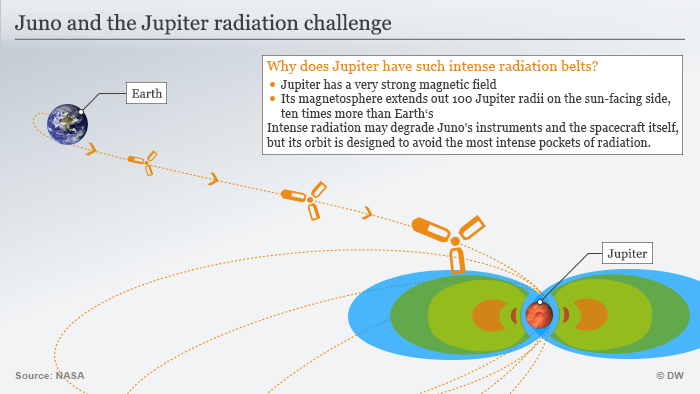 The use of solar power is also an interesting experiment for Earth. Usually, we use Radioisotope Thermoelectric Generators (RTGs) to power spacecraft - "basically, an atomic battery," says Erler. RTGs convert heat generated by decaying plutonium-238 (Pu-238) fuel into electricity. They are hard to make and come with considerable risk, especially at launch sites.

What will Juno see?

Juno will aim to investigate Jupiter's atmosphere, those intense radiation belts, and its magnetic field.

"The shape and strength of magnetic fields give us clues about the process that gives rise to them in the center of a planet," says Erler.

Understanding Jupiter's magnetic field may give us a better understanding of other planets like Saturn and exoplanets which are of similar size and mass.

Then there is Jupiter's Great Red Spot: a massive "swirling mystery" of a storm on a massive planet. The Great Red Spot has been raging with winds of about 640 kilometers per hour (400 miles per hour) for at least 150 years. NASA says stargazers may have seen "a big spot" as early as the 1600s (it may have been a different storm). But we still don't know what causes this swirl of red.

The LISA Pathfinder satellite is Europe's moonshot mission in the international race to detect gravitational waves. Has the team behind it made a breakthrough in just three short months? Here's the lowdown. (06.06.2016)