What Germany's postwar refugees taught us about integration

After World War II, 12 million refugees and expellees came to Germany — a country that was in tatters and hardly had any food. They can teach us a lot about how to integrate, and what newcomers need. 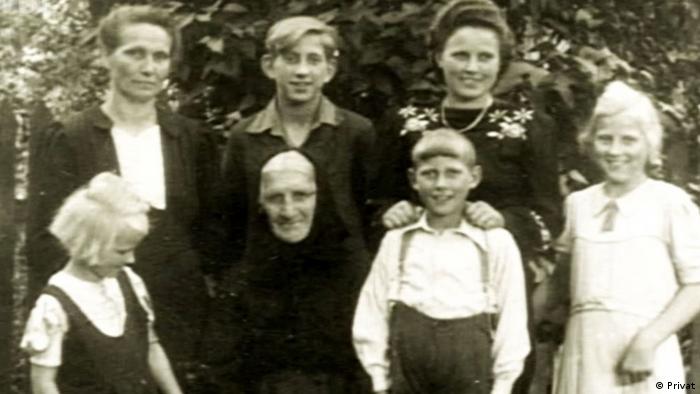 Werner Krokowski was 10 years old when he arrived in the western German town of Helmstedt late in the summer of 1945, together with his mother, grandmother, sister, an aunt, and her three children. The women and children were ragged, hungry and thirsty after having eaten only the berries and fruit they found along the way, and bribing Russian soldiers at the border with spirits.

For weeks they'd trekked through Eastern Europe in overflowing trains and on foot, crossing the "green border" between the Russian and British occupation zones. They'd finally reached Helmstedt, where they wanted to stay - for the time being, at least.

Europe 1945: A continent in motion

Werner Krokowski and his family were among the some 12 million refugees and expellees, most of whom were ethnic Germans, that came to a damaged Germany directly after World War II. 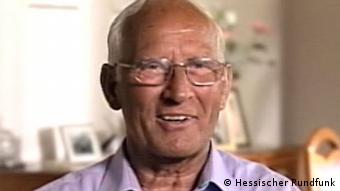 He was born and grew up in Neu-Schiemanen in East Prussia, which is part of Poland today. Even during the war, the Allied powers - the US, the Soviet Union, Great Britain and France - had made plans for a new European order. Two months after the capitulation of the Nazi regime, the victors met once again at the Potsdam Conference to draw up the future borders of the European states.

The result was a mass exodus. The Soviet Union, which suffered the greatest loss of life during the war, received the territory that had been eastern Poland. Poland, on the other hand, took in regions that had belongs to Germany, like East and West Prussia, Pomerania and Silesia. Parts of Bohemia went to Czechoslovakia.

Millions of people like the Krokowskis had to pick up their remaining belongings, leave their homes and look for a new place to live. When they reached Helmstedt, they lived with relatives in a tiny apartment - 11 people in one small space. But they did have one bit of good news: Werner's long lost father astonishingly made the journey from East Prussia by bicycle.

No place to live amongst the rubble

In Helmstedt, Werner's aunt was finally able to take her son to a doctor. The seven-year-old had endured a deep wound on his leg for weeks. "When the Russians came to East Prussia, my uncle was shot while he was carrying my cousin," remembered Werner Krokowski. "Both of them fell to the ground. My uncle was dead and my cousin screamed but stood up again. In the confusion of war, no one noticed that he'd been hit by a bullet. When my aunt visited us, she brought the bullet in her wallet." 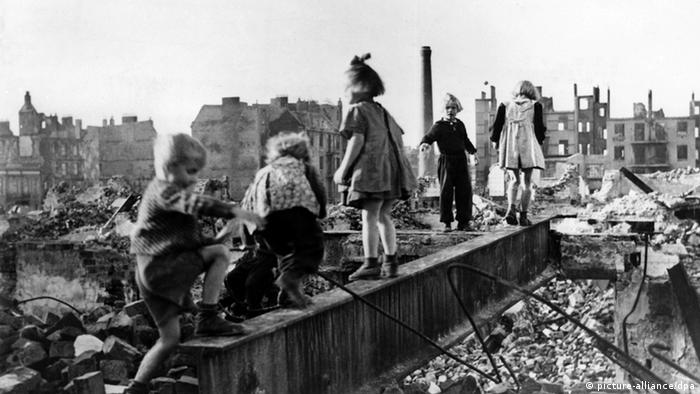 Even among the rubble, children needed a chance to play

From Helmstedt, the family was transferred to a refugee camp near Salzgitter in what is today Lower Saxony. "We first went to a transitional camp, around midnight. We went into a huge room where the floor was covered with straw. We had to sleep there without beds. Then we were de-liced."

Two months later, the Krokowskis moved to baracks made of concrete slabs. Even as late as the 1960s, refugees and expellees lived in camps, barracks or huts made of corrugated metal that were freezing cold in the winter and boiling hot in the summer.

Germany had been bombed to rubble. Entire cities had been destroyed, and suitable living quarters were rare. In many places, the refugees were housed with local residents, which often led to conflict. Though the newcomers spoke German as well, they were often looked upon with suspicion or called derogatory names like "Polacken" and "Schmarotzer." Their camps were disparagingly referred to as "New Poland" or "Garlic Settlement."

The struggle to fit in

Refugees and expellees lived for a long time amongst themselves in camps and settlements that had been set up to replace temporary housing. The fact that some received cheap loans to build houses stirred up envy among their German neighbors. Where Protestant refugees were quartered in Catholic villages (or vice versa), the denominations remained segregated for decades.

Only gradually did the immigrants begin to mix with the locals. Werner Krokowski, who turned 11 in January 1946, found it difficult to make friends. In school, he was teased by students who made fun of his East Prussian dialect and got back at them by parodying their pronunciation. Ultimately, it helped him learn the local way of speaking and better fit in. 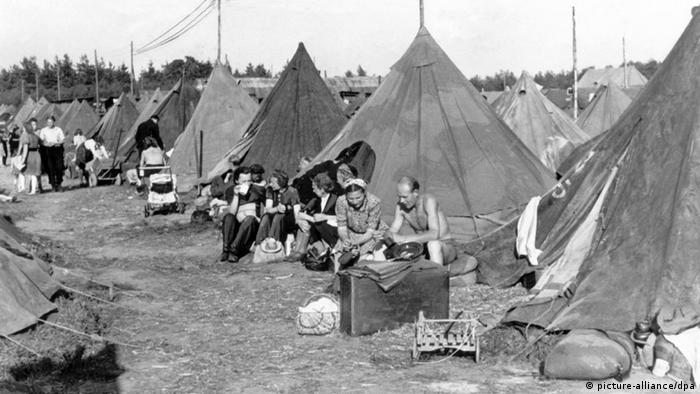 It was more difficult for the adults. "My parents always talked about East Prussia. They wanted to go back," recalled Krokowski. While many adults longed for their home regions and joined lobby organizations for expellees, the young generation was better able to deal with reality.

"An important integration factor was joining clubs, like singing in the church choir or joining a sports club," said historian Marita Krauss, who has been researching integration for many years. "It's still the case today: When someone shoots a goal, then people like him no matter where he's from."

As the post-war economy in Germany began to prosper in the 1950s, the demand for workers grew. Werner Krokowski trained to become a machinist and completed his certificate in 1953. He continued to live humbly, sharing a bed with his brother, who had returned from being a prisoner-of-war in 1946 - until the brother got married. 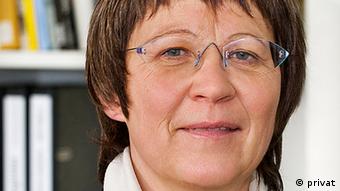 Krokowski's wallet felt the benefits of the economic upswing and he bought a motorcycle and then a car. In 1962, he married and moved into his first apartment. He and his wife had two daughters, and they built a house. Germany had become his home.

Werner Krokowski's story shows how integration can be successful. "From all the countries to which immigrants move, we can learn that they should have the opportunity to work as soon as possible," said historian Marita Krauss. "Here, that could at least mean temporary residency with the assurance that they can stay for a certain period of time so that companies can train people and they don't just have to wait around until a decision has been made."

While the refugees in West Germany contributed to the economic miracle of the time, they were absorbed into the state-planned economy in communist East Germany. Unlike in the West where organizations were founded to represent the expellees' interests, they were more or less forced to integrate in the East.

The approach was even evident in the language. In East Germany, they were called "new citizens" or "resettlers" and were forbidden from forming organizations.

That was a mistake, said Krauss. "Today we know that it's easier to integrate into a new culture when you can maintain your own. The many communities that have developed in classic immigration societies - like German, Italian or Chinese communities in the US - create protection for the immigrants with people who speak their language and have close ties to their culture." 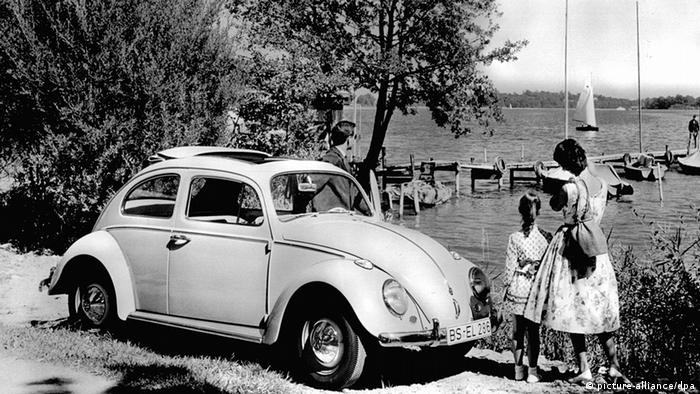 Humane living conditions, work and social acceptance were the most important factors for integration in the past - and still are today. The post-war immigrants, however, at least spoke German and came from a similar culture. Today's immigrants don't have that advantage. But they also bring skills and potential that are worth discovering and supporting.

Germany's population is shrinking and it urgently needs motivated, qualified and eager immigrants. When Werner Krokowski sees refugees in the news these days, memories well up inside of him. "Don't believe that we were welcomed with open arms," he said. "If we hadn't had the camps, I don't know who'd have taken in refugees here. Thank God we had the camps."

For him, they were a safe place from which he could set out to help build a new Germany - a Germany that has little in common with the one that drove Europe into two world wars.

The German president has called for more compassion toward migrants in view of Germany's own experiences with forced migration after WWII. He said providing them with sanctuary was 'non-negotiable.' (20.06.2015)