Fumio Kishida belongs to the ruling party's establishment but is a stronger advocate for change than his predecessor Yoshihide Suga, Martin Fritz reports from Tokyo. 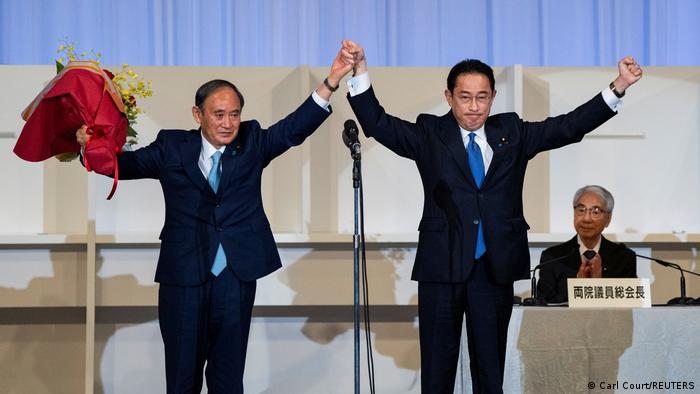 Kishida (r) succeeds Yoshihide Suga (l), who did not run for reelection as party leader

Kishida, who will become Japan's 100th prime minister since the country adopted a Cabinet system in 1885, succeeds Yoshihide Suga, who did not run for reelection as party leader. His popularity plummeted following sharp criticism of his pandemic management.

They supported Kishida to prevent the popular minister for vaccines and reform, Taro Kono, from becoming premier. They view Kono as too middle-of-the road — or even progressive — in many of his policies, which deviate too much from their conservative line.

Kishida also belongs to the LDP establishment, which has ruled Japan almost without interruption since 1955.

He comes from a political dynasty, with both his father and grandfather serving in parliament. Kishida himself has been a member of the legislature since 1993 and heads his own party faction that includes 46 MPs.

Most recently, he was chairman of the Political Research Council, holding one of the three highest party posts. Nevertheless, he is a stronger advocate for change than his predecessor Suga. 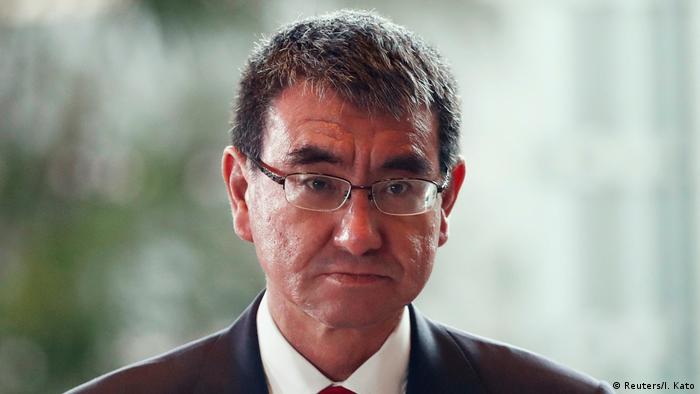 The LDP's 'old guard' views Taro Kono as too middle-of-the road, or even progressive in many of his policies

Turning away from neoliberalism?

When it comes to economic policy, Kishida says he wants to continue the economic reforms, known as "Abenomics," initiated by former Prime Minister Shinzo Abe, focusing on expansionary monetary and fiscal policies.

He also wants to put together a massive stimulus package worth about 30 trillion yen (€231 billion, $269 billion) by the end of the year to help Japanese businesses hit by the economic damage wrought by the COVID pandemic.

But at the same time, during the campaign for party leader, he promised a shift away from the neoliberalism of the past two decades and announced a "new Japanese capitalism."

"Only growth, deregulation and structural reforms do not lead to real happiness," Kishida said.

The designated head of government said he aims to put in place measures to boost  people's incomes, for instance, by tweaking tax laws in such a way that if companies pay higher wages, they would receive tax benefits.

Kishida also wants to protect small and medium-sized enterprises from the market power and dominance of large multinational corporations.

Kishida's other ideas also call for a strong expansionary fiscal policy, including a university endowment fund of 10 trillion yen for research and technology development, and his future concept of a "digital garden city state concept" that seeks to boost rural areas through the use of advanced technologies.

In a bid to fulfill environmental pledges and ensure climate neutrality by 2050, Kishida calls for a "realistic assessment" for restarting and building new nuclear reactors.

Between 2013 and 2017, Kishida served as foreign minister and, for a time, defense minister.

The faction he leads is considered the "dovish wing" of the LDP, advocating for the nation's pacifist constitution and against the nuclear arming of Japan.

Kishida himself is from Hiroshima and several members of his family died when the atomic bomb was dropped on the city in 1945. In one of his books, he advocates for a world without nuclear weapons.

But China's assertive foreign policy, in Kishida's own words, has set off a "strong alarm," prompting Tokyo to ally with like-minded countries like the US, Australia and India to counter Beijing's growing political, military and economic clout.

Still, Kishida's focus would not only be on Japan's military capability — even though he wants to expand the nation's missile defenses — but also on economic security, with an emphasis on securing supply chains for strategically important components such as semiconductors.