Fumio Kishida will replace Yoshihide Suga as the next leader of ruling Liberal Democratic Party. Kishida won a tight runoff election against his rival Taro Kono. 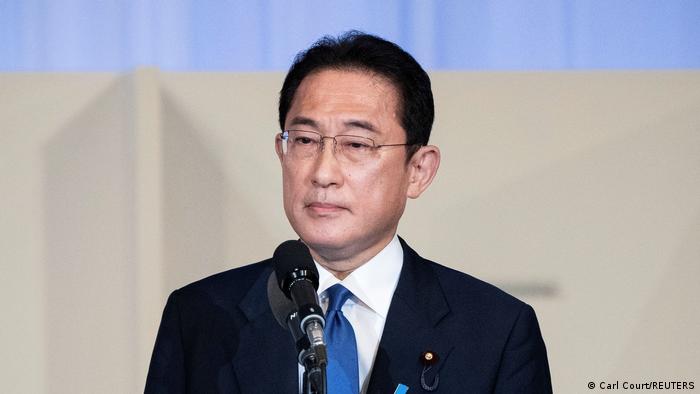 Japan's ruling party lawmakers voted on Wednesday to elect a new leader, with Fumio Kishida announced as the winner.

Liberal Democratic Party (LDP) members were voting to replace  Yoshihide Suga, who announced he was stepping down from the leadership position after drawing intense criticism over his handling of the pandemic during the Olympic Games.

The new leader will almost certainly become the next prime minister of the country.

Kishida should be approved by the parliament within days, and will then contest elections as the leader of the LDP.

The LDP is expected to retain its majority in the powerful lower house of the parliament during general elections in November.

The election was being closely watched, with race looking particularly tight between the two lead candidates.

Four politicians were running, two men — the favorites — and two women. The country has never had a female prime minister and has few prominent women as political figures.

Who is Fumio Kishida?

A soft-spoken former foreign minister who hails from the Hiroshima family of politicians, Kishida had long targeted the top job.

This was his second time running for the position of leadership, after having lost out to Suga last year.

He was the first candidate to step into the race and ran on a platform of pandemic stimulus, touting himself as a listener who carried a suggestion box to events to note down proposals from citizens.

Though Kishida faced stiff competition from his rival in the first round of voting, he delivered a convincing victory in the runoff elections. He won 257 votes, while his rival won 170. 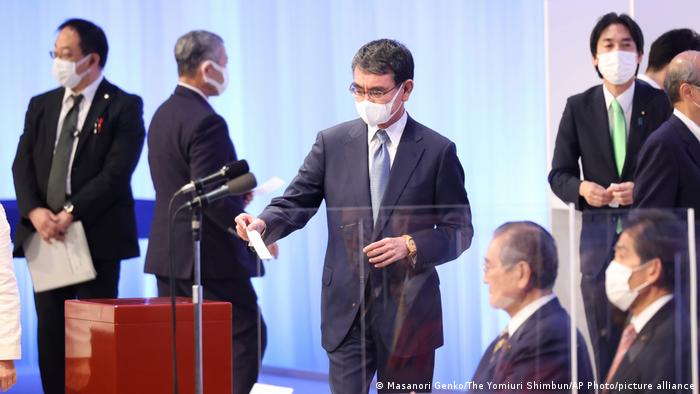 The outcome of the runoff vote was somewhat expected since he has greater support from party members. He is also likely to broadly continue the policies of Suga government.

Though any major shift in policies are unlikely, Kishida has called for a "politics of generosity."  He has said he wants to move from the neo-liberal economic policies that has dominated Japan.

Kishida faces tough tasks in the short term, which includes reviving a pandemic-battered economy as well as confronting security risks in the region from China and North Korea.

Who were the candidates?

The contest's final runoff came down to Fumio Kishida and a highly popular minister in charge of vaccinations, Taro Kono.

Ultra-conservative candidate, Sanei Takaichi had also been hoping to become the country's first female premier. Also in the running was the liberal former gender equality minister, Seiko Noda. However, Noda had admitted that she did not expect to advance beyond the first-round vote.

During the first round, Kishida won 256 votes, while Kono won 255 votes.