What exactly is the eurozone′s ′credit leverage mechanism?′ | Europe| News and current affairs from around the continent | DW | 20.10.2011

Feverish efforts to get a grip on the Greek debt crisis have pushed eurozone countries into considering a so-called 'credit leverage mechanism' to expand the firepower of their financial bailout fund. 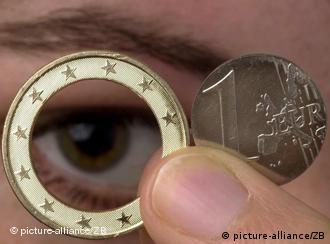 Can leveraged credit save the euro?

Germany and the 16 other EU countries that share the common euro currency recently agreed to expand the eurozone bailout fund, known as the European Financial Stability Facility.

In doing so, the financial guarantees of the EFSF, as it's called for short, were boosted from 250 billion euros ($352 billion) to 440 billion euros.

However, the ink was hardly dry on the agreement when it began to dawn on finance ministers that the amount would not be sufficient to shore up the eurozone, if the debt crisis were to spread from Greece to Spain or Italy.

It was equally clear that raising the guaranteed amount in the fund again was extremely unpopular among the taxpaying general public. There was also concern that if some countries, notably France, took on further risk they could lose their top-notch credit rating and end up having to pay higher interest rates for borrowed money.

In order to enhance the firepower of the EFSF without putting up more money, eurozone finance ministers came up with the idea of the so-called 'credit leverage mechanism.' In other words, the existing sum in the bailout fund was supposed to get a bigger bang for its buck. 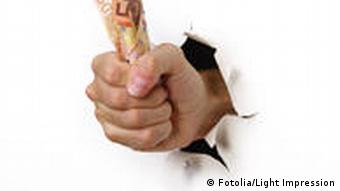 How would that work? The idea is to use the EFSF as a kind of limited coverage insurance policy.

Instead of using the bailout fund to directly buy government bonds from struggling countries, the credit leverage mechanism would encourage investors to buy them instead, offering some degree of risk-protection as an incentive.

By guaranteeing the first 20-30 percent of any losses incurred by investors or banks, the EFSF could be stretched three to five times further.

The hope is that by having these guarantees investors would be more willing to buy government bonds, meaning that at-risk countries - like Greece, Portugal, Ireland, Spain and Italy - would continue to have access to capital at affordable interest rates.

But, speaking to Deutsche Welle, Sony Kapoor, a former investment banker and head of the London-based think tank ReDefine, argues that the a leveraged EFSF will not be enough to end the euro crisis.

"It may have helped much more, if it had been adopted when we first suggested it," Kapoor said. "After Italy and Spain have been caught up, we still think it's necessary, but it's too late and probably not enough." 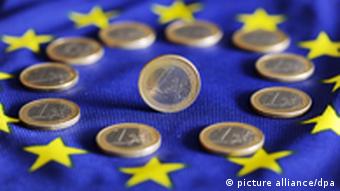 Kapoor is convinced that the EFSF insurance mechanism will be agreed on, but sees its real value as a political signal rather than a tangible cure to the bloc's debt problems.

"This is a way for EU governments to send a political signal that the 17 euro area countries will make every possible effort under the sun to prevent such a situation from happening," he said, referring to a default by Greece or other countries.

Germany, which has insisted on capping its liability ceiling in the EFSF at 211 billion euros, would be taking on more risk under the plan, something many politicians and economists oppose.

Some analysts are unconvinced that the leverage plan would even succeed, warning that it could create a two-tier bond market and would be meaningless without an explicit commitment from the European Central Bank to continue buying at-risk debt, which it has been reluctant to do.

What's more, the fundamental fiscal problem is not solved. In the worst case scenario, if sovereign debt cannot be brought back under control, then these credit leverage mechanisms could amount to throwing money into a bottomless pit. Some economists are already advocating that the EU consider how best to cut its losses, rather than to extend them.

Anxiety simmers as Europe searches for solutions to debt crisis

As France and Germany struggle to hash out a deal to expand the eurozone's bailout fund, Greece is in the grips of protests against further austerity. The World Bank has expressed concern that the crisis could spread. (20.10.2011)

The looming second banking crisis raises the question whether banks have learned anything from the Lehman debacle only three years ago. They have indeed learned a lesson, writes Mark Blyth, but you may not like it. (17.10.2011)

As the debt crisis grinds on within the eurozone and now threatens to destabilize the banking sector, the German finance minister has called for the eurozone to adopt a common fiscal policy. (13.10.2011)