What does Abe's landslide victory mean for Japan?

The coalition of Japan's PM Shinzo Abe has won a large majority in a parliamentary poll enabling him to pursue his reform agenda. But low turnout shows voters saw no real choice, says analyst Kristin Surak. 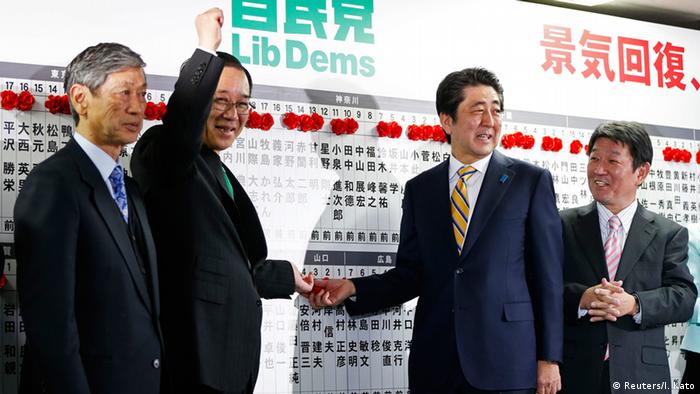 The Liberal Democratic Party (LDP) of Japan's Prime Minister Shinzo Abe, and its coalition partner, Komeito, won Japan's parliamentary election on Sunday. The governing parties took 325 seats, or more than a two-thirds majority in the 475-seat Lower House, allowing the ruling bloc to set the agenda.

Abe had called the snap poll in a bid to get a fresh mandate for his economic reform program "Abenomics" - a combination of monetary, fiscal and structural policies - less than two years after he had swept to power on promises of reinvigorating the economy.

The poll - which saw the lowest turnout in Japan's postwar history - came less than a month after the announcement that the country had fallen into recession for the third time in four years. The world's third-largest economy unexpectedly shrank for a second consecutive quarter. The latest contraction followed an initial sales tax increase in April to eight percent from five percent.

In a DW interview, Kristin Surak, a senior lecturer in Japanese Politics at SOAS, University of London, speaks about what the ruling coalition will be able to accomplish with the new majority and why the country is likely to witness a return to the nationalist agenda that structured Abe's first term in office from 2006 to 2007.

DW: Given the weak economy, Abe took a risk calling this early election in an attempt to win a larger majority in parliament. Did the gamble pay off? 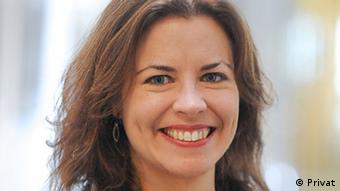 Kristin Surak: 'The low turnout suggests that voters saw no real choice on the ballot'

Kristin Surak: Since November, Japan has been in a technical recession, with the GDP down 1.6 percent. Real wages have declined 2.8 percent over the past year, which has made parts of Abe's economic reforms particularly difficult for households to bear.

Furthermore, the rating agency Moody's recently downgraded Japan's credit rating, placing even more pressure on the government to tame the growing deficit. As weak as the numbers are, they didn't pose much threat to Abe because the electorate had few other choices on the ballot. For the prime minister, it was a safe wager, and one that has paid off.

What were the key issues that drove a majority of Japanese to vote for Abe?

Abe billed his snap elections as a vote on Abenomics, and that brought voters out to the polls. Controversial issues that will head the agenda in 2015 - restarting nuclear reactors and constitutional reforms - made little appearance in the campaigning by the leading parties.

After 25 years of little growth, voters want to see the economy restarted, and even as Abenomics sputters, many hope that strong government action will start paying off. Abe campaigned under the slogan "This is the only way to economy recovery," and the public was ready to agree.

Was this a vote of confidence for Abe?

Though the LDP is hailing a landslide victory, it's one that must be qualified. First, the LDP which hoped to make gains, actually lost three seats. Second, snap elections typically see an increase in voter turnout, but in this one, more people stayed away from the polls than ever before.

The turnout, at 52 percent, is the lowest in Japan's postwar history, and suggests that voters saw no real choice on the ballot. A telling result of great voter dissatisfaction with the current system is the success of the Japanese Communist Party, which nearly tripled its representation to 21 seats.

What does the dominance of the ruling party say about the state of the opposition in Japan?

The opposition in Japan is in disarray, as opinion polls signaled at the outset. The DJP, which held power until 2012, picked up a few seats, but its total win (72) fell far short of its goal to surpass 100 seats. In a deep blow to the party, its leader, Banri Kaieda was not re-elected. 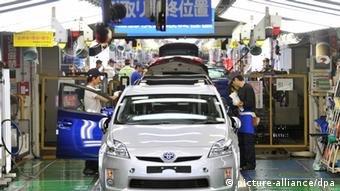 The result is dispiriting for those who had hoped that a strong DPJ would bring a shift to a two-party system. What we see is a return to the default predominance of the LDP. Though the party has held power for 55 years out of the past 59, it is not an extraordinarily popular one and has not secured a simple majority in the number of votes cast in the general elections since the early 1960s.

Will Abe now need to build coalitions to push his intended reforms through parliament?

The LDP will continue to rule with its usual partner, the New Komeito, in a powerful configuration. The coalition will give the government a 2/3rds majority in the House of Representatives, needed to pass through legislation smoothly, and a simple majority in the House of Councilors, which will prevent it from vetoing the legislation that comes out of the lower house.

Abe will be returned as prime minister on December 24, and form a cabinet in the three or four days that follow. As he reshuffled the cabinet in September - the first since taking office - it is unlikely that he will make any changes.

What are the short and mid-term challenges for the new Abe government?

Most pressing on Abe's agenda is the TPP, which the United States would like to see passed early next year before the American election cycle begins. Abe has been an eager proponent of the Partnership from beginning. Yet the TPP is not popular in rural areas, which benefit from agricultural protections, and farmers are reluctant to see tariffs drop to zero.

As such, the LDP is also not united behind the trade agreement, for the party has traditionally found its main strength in rural districts. The renewed mandate will likely be a benefit to the LDP in local elections next April. 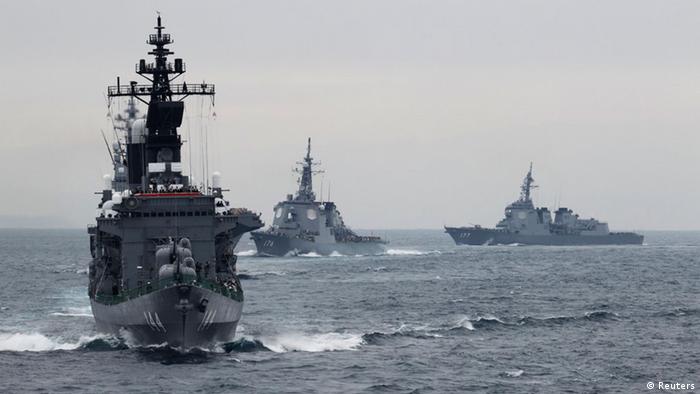 Surak: 'Article 9 would be revised to declare the right of self defense and allow the maintenance of national defense forces'

What will this majority allow Abe and his party to do in the long term?

Abe would also like to gain momentum for revising the Constitution and writing his nationalist agenda into law. As election results were coming in, he told the press that it was his "ardent desire" to alter the country's founding document.

Current LDP proposals call for a revision of nearly all of its 103 Articles in a fundamental overhaul. Language in the preamble referring to the importance of universal human rights would be replaced with statements about Japan's long history and unique culture.

The emperor would be elevated from the status of "symbol" to "head of state." The government would be allowed to call a state of emergency under which the Cabinet would be able to rule in secrecy by decree.

The proposed revisions stress the importance of maintaining public order over protecting individual rights, such as free speech, and they define not the individual but the family as the basic unit of society. And Article 9, which - read according to the letter - renounces war as a sovereign right, would be revised to declare the right of self defense and allow the maintenance of national defense forces.

But would this majority be enough to carry out such groundbreaking reforms?

The super majority in the Lower House is not enough to carry this agenda forward, which requires two-thirds support in both the upper and lower chambers. At present, the LDP holds a simply majority in the House of Councilors only in partnership with the Komeito, which is staunchly against revising the Constitution. 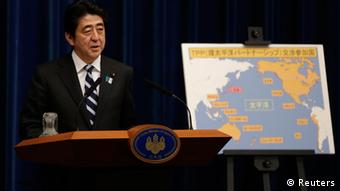 Surak: 'Most pressing on Abe's agenda is the TPP'

If such a revision is passed, then he will likely pursue further constitutional reforms. Barring success, he may continue with the alternative methods he has employed since assuming office. This month, his State Secrets Law takes effect, which can be used to serve journalists and whistle-blowers with stiff jail sentences for reporting on an ill-defined range of matters deemed critical to state security.

And already last summer, Abe's Cabinet Legislation Bureau came out in support of a reinterpretation of Article 9 to allow the use of force in settling international disputes involving Japan. What we are likely to see as a result of the renewed mandate is a return to the nationalist agenda that structured Abe's first term in office from 2006 to 2007.

Kristin Surak is a senior lecturer of Japanese politics at SOAS, University of London. She specializes in international migration, nationalism, culture, and globalization.

Opinion: Japan needs to reinvent itself

Shinzo Abe has won a convincing victory. But he should not see this as a validation of his policies. Instead, says DW's Alexander Freund, Japan's prime minister must implement reforms and confront uncomfortable truths. (15.12.2014)

In a bid to win a stronger mandate, Japan's PM Shinzo Abe announced he would call snap elections. But he also put off a sales tax hike, a move likely to boost the outlook for growth, economist Marcel Thieliant tells DW. (19.11.2014)