What an ancient wooden sculpture tells us about the history of mankind | Culture| Arts, music and lifestyle reporting from Germany | DW | 02.04.2021

A Russian-German research team has determined the age of the Shigir sculpture to be 12,000 years old. That could literally mean rewriting the history of mankind. 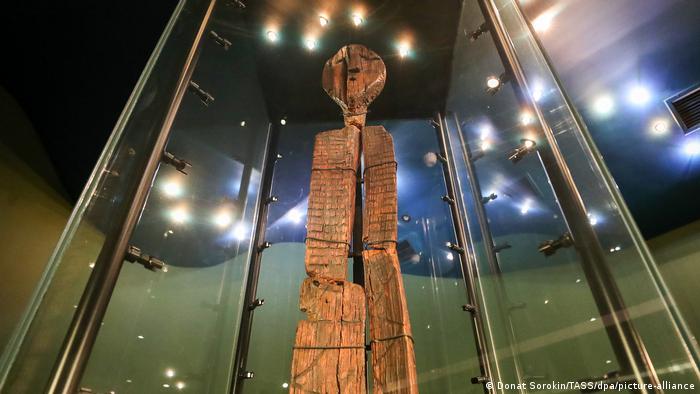 The oldest exisiting artwork made of wood

Two professors of archaeology met one day at a conference, one from Russia, the other from Germany. The Russian invited the German to Moscow — and that turned out to be the beginning of a revolutionary archaeological discovery.

"Such invitations are often extended at conferences, but people rarely act on them," Thomas Terberger says — adding that he, however, did. The German prehistorian flew to Moscow to join his colleague, Russian archaeologist Mikhail Zhilin, on a journey to the Sverdlovsk Museum of Natural History in Yekaterinburg, located on the Siberian border in the Ural Mountains.

Terberger saw the so-called Shigir idol for the first time at the museum — a three-and-a-half meter-tall totem pole with a carved face. For millennia, the sculpture lay hidden in a Russian peat bog before it was discovered at the end of the 19th century. The sculpture has now stood sentinel in the museum for more than 100 years; and for a long time, no one knew its exact age. 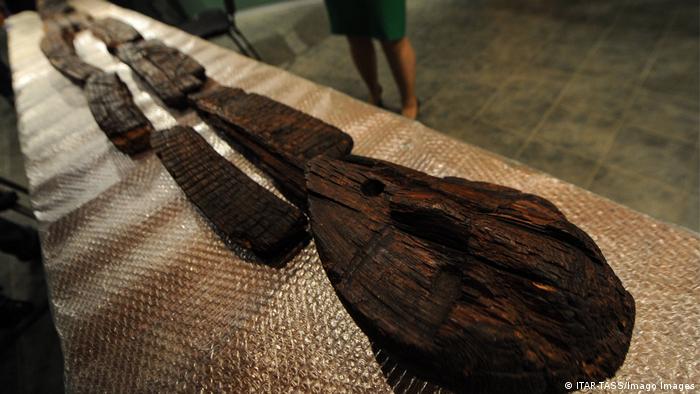 The sculpture originally measured five meters, Zhilin told his German colleague, who is somewhat of an expert in the field: Terberger's research is chiefly focused on the Schöningen Spears in the German state of Lower Saxony. These wooden spears that are dated about 300,000 years old, which is quite incredible, as wood preserves poorly.

"Just put a spruce plank from the hardware store in your garden," Terberger told DW. "After twenty years, it's gone. Wood only keeps under very special conditions; it has to be sealed airtight by nature by some lucky coincidence."

That's exactly what happened in the case of the Shigir sculpture. Workers found the well-preserved artifact in the 1890s at a Russian gold mine — the site of an old peat bog. 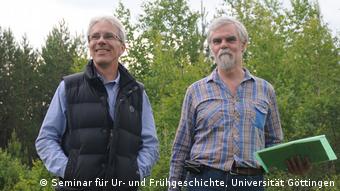 And now, it has turned out to be the find of the century: it has been established as the oldest known wooden sculpture of mankind. In 1997, it was dated at 9,500 years old. Bur since then, archeological technologies have undergone some tremendous progress.

That's why Terberger, Zhilin and their team were curious whether they could confirm the age of the sculpture using state-of-the-art methods.

Oldest wooden sculpture in the history of humanity

They established that the sculpture is even older than they had thought — it is at least 12,000 years old, which dates it to the end of the Ice Age, making it a discovery that fundamentally changes the understanding of early human history, Terberger says. 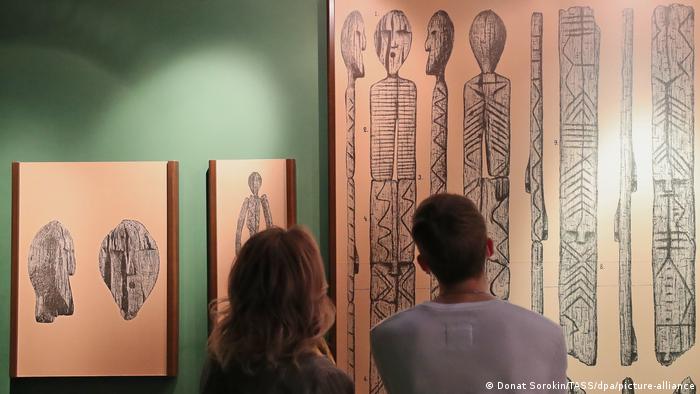 "There is this narrative in the historiography and archaeology of early humanity: think of Ice Age art, that is, the multicolored, detailed cave paintings that are still aesthetically pleasing even 30,000 years later, such as the ones found at Lascaux," the prehistorian says.

After this artistic and cultural peak in the Ice Age, the general thinking goes that there was a decline in humanity's evolution. "At the end of the Ice Age, horrid forests emerged, and animals needed to be hunted individually instead of in herds. People were too busy for art and culture; they were miserable," Terberger explains regarding the overall established view of human history.

The Shigir sculpture shows that narrative is moot. There was no decline, but simply change, Terberger argues: "New forms of communication emerged, new ways of expressing ideas and social interactions, namely through wood as a material."

Re-dating the sculpture has given the history of humanity a fresh perspective, he says. "You have to paint a completely different picture of that time — people weren't just eking out a barren, sad existence in their tents," Terberger says. "Perhaps there were huge sculptures like this one all over the forests, perhaps a monumental, impressive work like this belonged to every place, every campsite."

Technological developments have in fact given archaeology an important boost, says Tom Higham, a professor for archeological science at Oxford University, adding that the new discoveries are valuable for current social debates as well: "Particularly when it comes to the issues of racism and right-wing extremism, we see that some people want to see the world in such a way that people are fundamentally different and distinguishable from each other. But archaeological research, especially in the field of DNA, clearly shows that we are all very closely related, and that there has always been a mixing of the gene pool." 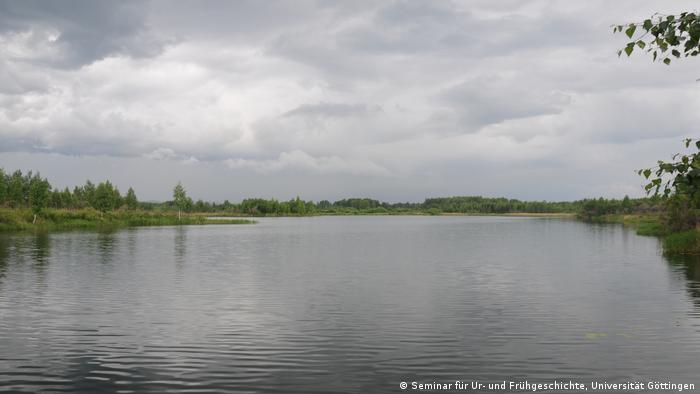 This also applies to prehistory and early history. In his book The World before Us, Higham examines the connections among different species of humans, i.e. those with whom Homo sapiens coexisted some 40,000 years ago. Higham says that this is much more important to look at to understand the foundations of human nature than focusing on such "fantasies of purity."

So the image of early human history is changing, also because of the re-dating of the Shigir sculpture. It is now proven that human history was not only characterized by periods of prosperity and decline, and that art and culture did only emerge during the highlight moments of human evolution.

Instead, the history of mankind is marked by the principle of constant change; abstractions like art have existed at all times throughout mankind's evolution — even art made of wood.