A Jewish scholar crisscrosses Europe as he searches for his forgotten past, with the journey taking him to the edge of his limits. The book is considered one of the most important works of post-WWII literature. 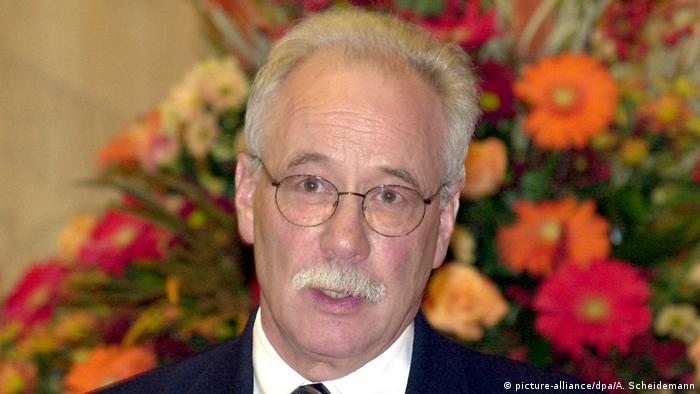 When push comes to shove, this book more or less fulfills all the clichés of post-WWII German literature. It's about one of the darkest chapters of German history, the Nazi dictatorship. More specifically, it focuses on a Jewish survivor who only discovers his true identity when he's on the brink of adulthood. The book is written in an antiquated style, with language that seems to belong to the 19th century. It's serious and melancholic — and not an easy read. Yet why does this book excite readers around the world?

Life with a fake identity

Austerlitz begins with an encounter at the Antwerp train station, where the nameless first-person narrator observes a stranger who is apparently sketching the building's impressive architecture. The men strike up a conversation and then happen to run into one another once again, before continuing to meet up over decades.

Jacques Austerlitz is the stranger's name — a retired architectural historian who seems obsessed with train stations and their histories. Over time he reveals that he's trying to recall memories that he has lost.

Austerlitz describes how he grew up in Wales as Dafydd Elias, the only child of a Calvinist preacher. Just before he finished school, his parents died, and he then learned that he had been adopted and that his real name was Jacques Austerlitz. But no matter how hard he tries, he can't remember his birth parents or anything about his early life.

Only once the adult Austerlitz reaches the end of his professional career does he dedicate himself to searching for his past. He finds out that he was born in 1934 in Prague to Jewish parents; his mother was an actress and his father a social democratic politician. Shortly after Hitler's Wehrmacht troops marched into Czechoslovakia, Austerlitz's mother sent her son, not even five-years-old at the time, to England on a train transporting children. The preacher Elias and his wife picked up the small boy at a train station — and then did everything in their power to make him forget his origins. Does this explain Austerlitz's obsession for train stations?

His journey to the past first takes him to Prague, to the archives there and to his old nanny, Vera.

"And so, said Austerlitz, no sooner had I arrived in Prague than I found myself back among the scenes of my early childhood, every trace of which had been expunged from my memory for as long as I could recollect. As I walked through the labyrinth of alleyways, thoroughfares and courtyards between the Vlasska and Nerudova, and still more so when I felt the uneven paving of the Sporkova underfoot as step by step I climbed uphill, it was as if I had already been this way before and memories were revealing themselves to me not by means of any mental effort but through my senses, so long numbed and now coming back to life."

Feelings of rejection and erasure

Through his research Austerlitz discovers that his father was initially able to flee to France, but all traces of the man eventually disappear. His mother was deported to Theresienstadt and later murdered in Auschwitz.

Austerlitz journeys to the places where his parents lived — and where they perhaps died. Back in England, he is overwhelmed by feelings of rejection and erasure and suffers a breakdown.

"I would be overcome by this terrible anxiety in the midst of the simplest actions: tying my shoelaces, washing up teacups, waiting for the kettle to boil. All of a sudden my tongue and palate would be as dry as if I jad been lying in the desert for days, I had to fight harder and harder for breath, my heart began to flutter and palpitate in my throat, cold sweat broke out all over my body, even on the back of my trembling hand, and everything I looked at was veiled by a black mist." 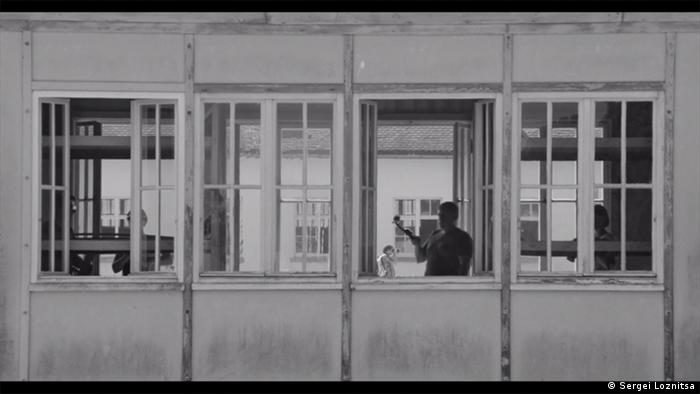 How do we recount history today?

Austerlitz is not just another book that deals with recent German and European history. Sebald shows us how history and stories are passed down to us through storytelling, and how they come to life through the act of listening. The reader also has to get used to the book's fascinating language, the long sentences that sometimes extend over multiple pages, with a "he said" or "said Austerlitz" shoved in here and there. This creates distance to the story being told and simultaneously challenges the way history is publicly recounted as we know it.

Sebald himself called Austerlitz an "unspecified sort of book of prose." He plays with quotes, photos and pictures that he inserted into the text. There are no chapters and no paragraphs. Among other things, it's a confusing read — but the confusion is definitely worth grappling with. No author since Sebald has so radically illustrated the limits and the possibilities of literary storytelling.

Bavarian-born German writer W. G. Sebald (1944-2001) eschewed his given names Winifred and Georg and was known to his friends as Max. A literary scholar, he lived in England and only began publishing his own literary works in the late 1980s. British and American critics were already heralding him as one of the most important writers of the present day when he finally was discovered in his homeland in the late 90s. His best-known works of prose are The Emigrants (1992) and The Rings of Saturn (1995). The publication of Austerlitz in 2001 brought him worldwide fame, but he could enjoy it only briefly; he died the same year in a car accident.