The sale of surveillance software from Western companies to authoritarian regimes has been criticized at the annual conference of Germany's Chaos Computer Club. The software has been used to track political opponents. 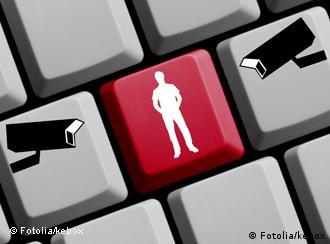 The US government may have imposed sanctions against Syria, yet software used by the regime for tracking dissidents is provided by an American company.

In the intelligence headquarters of the overthrown Mubarak and Gadhafi regimes, supply contracts with European electronics companies could be found providing devices which monitor the Internet.

It's deals like these between Western companies and authoritarian regimes looking to censor and track Internet use that attracted hackers' attention at the beginning of the annual meeting of the Chaos Computer Club (CCC) on Wednesday in Berlin.

Evgeny Morozov, a lecturer at Stanford University in the United States, called this collaboration between Western software companies and authoritarian regimes in the persecution of dissenters as a "marriage from hell."

Export controls on software are extremely lax in Western countries, if they exist at all. Morozov said this partially explains why the final destination of the software provided by these company's is never requested. "It far easier for authoritarian regimes to buy monitoring software in the US than it is to open a bank account," he said during a speech to the CCC. 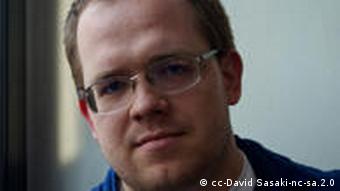 Morozov called for limits to demand for Internet monitoring technology

The CCC is Germany's best known hacker organization and has been consulted by government agencies for years on online security issues. It has made a name for itself by publically opposing the retention of individual's data and the use of spyware by police and intelligence services in Germany.

The debate over the export of computer software to authoritarian regimes flared in Germany this year after controversial documents were found during the storming of the Egyptian intelligence headquarters following the downfall of President Hosni Mubarak's regime.

They proved that European companies had offered the intelligence service a Trojan horse which could be used to bug computers owned by opponents of the regime.

In November the business and financial news corporation Bloomberg cited a former employee of the Italian company Area who said additional engineers were flown to the Syrian capital, Damascus, to complete a surveillance system after the uprising began in March. According to Bloomberg, Area enabled Syria's intelligence service to monitor the movement of political opponents using mobile phone and internet data. 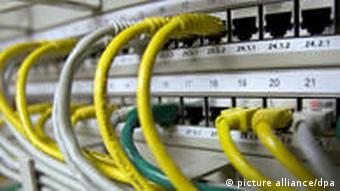 Authoritarian regimes are increasingly reliant on the Internet to track opponents

The Italian company controversially uses software from the US supplier NetApp, which is forbidden from independently delivering to Syria due to American sanctions against the Assad regime. The German company Ultimaco, which is based in Frankfurt, also supplies Area.

In light of such discoveries, CCC spokeswoman Constanze Kurz called for an export ban to be imposed on software similar to the one which currently controls arms exports.

"The fact that the German government sees no need to take action here is a scandal," she said.

It wouldn't be difficult to determine which software should be included in such an export ban. Only a few products would be included making damage to the economy minimal.

"When you equip authoritarian regimes with software which is looped to the central network nodes in the internet traffic to monitor telecommunications in real time, then it's perfectly clear that it is an instrument of oppression," Kurz said.

Morozov, however, was skeptical about the effectiveness of sanctions on software and technology products. Either the sanctions are too narrow and are easily circumvented or are so broad that they negatively affect regular Internet users.

After the United States tightened sanctions on Syria, users of the Internet telephone service Skype struggled to load credit to make calls. This is despite Skype being considered a relatively secure form of communication that is often used to make calls abroad.

Instead of imposing an export ban, Morozov called for a more thorough rethink among Western companies. The software being used by authoritarian regimes to monitor communication on the Internet was developed mainly for the Western nations' domestic markets. The programs aim to help police and intelligence agencies in the fight against cyber criminals and terrorists.

"We must limit the demand for monitoring technology in the countries where the product is manufactured," Morozov said.

Western companies would have to give up the wish to guarantee complete safety on the Internet.

"We could almost completely wipe out crime in daily life if we would just install security cameras in every home and on every corner," Morozov said. "But we do not. We would rather tolerate a certain level of crime."

The head of Germany's federal criminal agency has told a parliamentary committee that his agency did not violate the constitution. Meanwhile, researchers have uncovered a second version of the Federal Trojan. (20.10.2011)

While some Belarusians have refused to aid the new arrivals from the Middle East, others are pitching in to help wherever they can. DW's Emma Levashkevich talked to locals in Minsk.