Western Balkans waiting for a green energy revolution | Europe | News and current affairs from around the continent | DW | 16.04.2019

Countries in the Western Balkans are funding old coal power plants with millions of euros as locals protest against hydroelectric power plants. Nevertheless, environmental activists see signs of hope on the horizon. 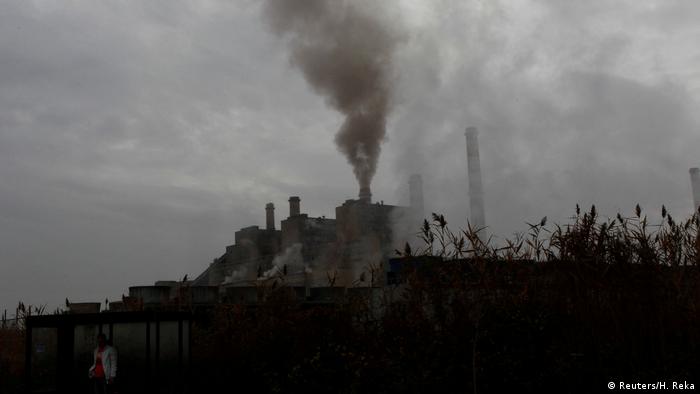 If the countries of the Western Balkans were to join the European Union tomorrow, all coal-fired power plants in the region would go bankrupt. This is how Janez Kopac sums up the results of his latest study. Kopac is the director of the Energy Community, an energy sector association of the EU and Eastern and Southeastern European countries.

Bosnia-Herzegovina, Kosovo, North Macedonia, Montenegro and Serbia are already investing almost €170 million ($190 million) annually in subsidies for coal-fired power plants. If the five countries were in the EU, €1 billion would have to be added each year due to the bloc's emissions trading scheme.

Coal-fired electricity: Profits in the EU

In the EU, companies that pollute the air with greenhouse gases must buy the rights to do so. Emitting 1 ton of carbon dioxide, for example, costs around €20. The coal-fired power stations in the Western Balkans are particularly dirty and harmful to human health, which is why it would be so costly to keep them running in the event of EU accession.

Kopac suggests introducing an emissions tax now. Instead of €20, a few euros should be levied per ton, which could then be invested in the expansion of renewable energy. This could slowly prepare the Western Balkans energy sector for potentially joining the EU.

However, the reality is somewhat different. New coal-fired power stations are set to be built over the next few years. "Most of the coal-fired electricity generated in the Western Balkans is exported to the EU," Kopac said. "There it is cheaper than electricity from EU coal-fired power plants, which have to pay emission fees."

There are also massive state subsidies for electricity from coal in the EU, for example in Germany and Poland. For years, the European Commission has been calling for the expansion of energy generation from sustainable sources.

By 2020, 20 percent of the electricity consumed in the EU is to come from renewable sources. By 2030 the figure should be 32 percent. Many EU member states, including Germany, will not achieve the 2020 target.

Countries that want to join the EU are to also follow the targets. The construction of "green" power plants is therefore being promoted in Southeastern Europe. As a result, more than 2,700 so-called mini hydropower plants with a capacity of up to 10 mega-volt-ampere are currently being planned and built in Serbia, Bosnia-Herzegovina, Croatia, North Macedonia, Albania and Montenegro ― to the chagrin of the local population and environmentalists.

According to Igor Kalaba of the Climate Action Network, electricity generation from hydropower is not necessarily entirely sustainable, as the dams cause great damage to nature. He believes that mini hydropower plants would not be economically viable without subsidies and would not contribute to the energy security of the region due to their small size. What's more, Kalaba said, destruction of the landscape is disproportionate. Building permits are often issued without or in spite of adequate environmental impact assessments, he added, and yet the operators of these power plants are guaranteed profits under the current laws. 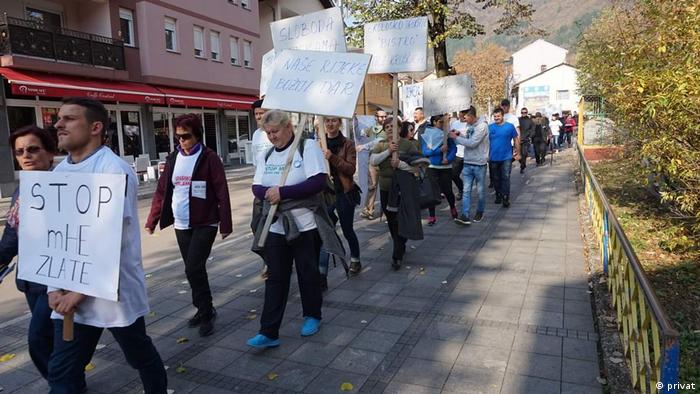 Locals in Bosnia-Herzegovina have protested against hydroelectric power plants

Progress despite lack of political will

In order to counter this development, Kalaba wants to shift subsidies away from small hydropower plants and towards public tenders for larger wind and solar projects, to be implemented by the highest bidder, as already happens in the EU. According to Kalaba, the basis for the tenders could be rule-compliant environmental impact assessments in which the local population is also involved.

Kalaba also sees great potential for making the energy supply in the region more efficient. Existing power plants could be modernized to produce more electricity. Better cable systems and terminal equipment could help to save energy. However, there are a number of obstacles standing in the way, said Kalaba. Sometimes there is a lack of expertise and resources to make the changes, but in most cases, the political will is simply lacking, he explained. In order to make the power grid in the region more efficient, the grids of individual countries would have to be better connected to each other, which would require increased regional cooperation, Kalaba said.

Despite all the problems, however, there have been positive developments, Kalaba noted. In North Macedonia, Serbia and Croatia, wind farms have been built in recent years that are up to code and are actually sustainable.

However, it's among the local population that Kalaba has seen the most progress. "Five years ago nobody in the region talked about the energy revolution," he said. "Now people are talking about it. That's a huge step forward."