Almost every year, during olive harvest season, Palestinian farmers are at risk from settler-related violence. Israeli human rights organizations like Rabbis for Human Rights help with their presence. 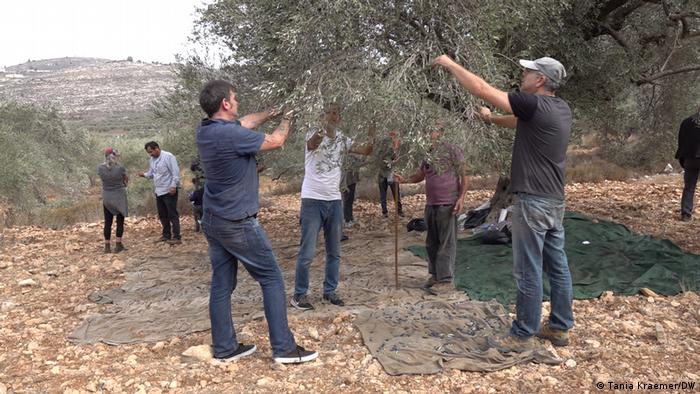 On a sunny autumn day, Palestinian Bashar Sharab is busy pouring freshly brewed coffee in small paper cups for Israeli and Palestinian volunteers who are helping him pick olives near the village of Awarta, near the West Bank town of Nablus. Pickers are perched on ladders to reach the small fruits, while others lay plastic sheets underneath the trees to collect the falling olives.

The Israeli volunteers are part of the nongovernmental organization Rabbis for Human Rights (RHR). Founded in 1988, it describes its mission "as a vision of justice rooted in Jewish tradition", and includes secular volunteers next to orthodox rabbis. 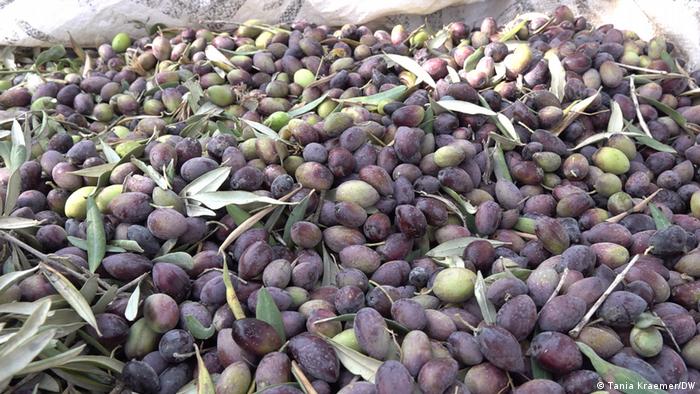 Today, they spend a couple of hours to help Palestinians harvest their olives in the occupied West Bank, which Israel captured from Jordan in 1967. "Today is like a feast for us because they [RHR] are with us and we can work safely. It is not important that they work, but just to come and sit with us, we feel a sense of safety, because there is no safety at all," says Sharab, who comes from the nearby village of Awarta. On this day, they're joined by US diplomats who've come to talk to the villagers about the situation and help pick some olives.

The olive harvest began in mid-October after the first slight rainfall. Picking olives is hard work at the best of times. But in this area, it can be unpredictable and, at times, even dangerous. Violent incidents between villagers and Israeli settlers spike during the olive harvest season, according to local human rights organizations. 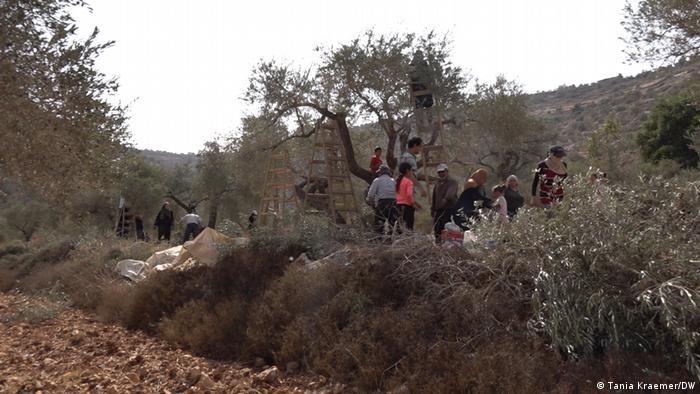 During olive harvest season in the occupied West Bank, violent incidents against Palestinians tend to spike

"From year to year, it is getting worse from the settler side; they harass the local residents," says volunteer Rachel Yagil from Tel Aviv. The 77-year old has been harvesting olives alongside Palestinians for many years. "I think it is important to show presence, to help with the harvest and to show that not all Israelis are violent."

Gazing at the hilltop settlement of Itamar, Sharab says that the Israeli army sometimes tells him that he can't be on one side of the fields without prior coordination. "It is not permitted because it is close to Itamar. Look how far we are from Itamar," he says.

Since the beginning of the harvest, the Israeli human rights organization Yesh Din has documented at least 41 incidents against Palestinians. They include stone-throwing, physical assault and stealing the olive harvest. Additionally, at least 400 olive trees were reportedly cut down or set on fire in this period alone. 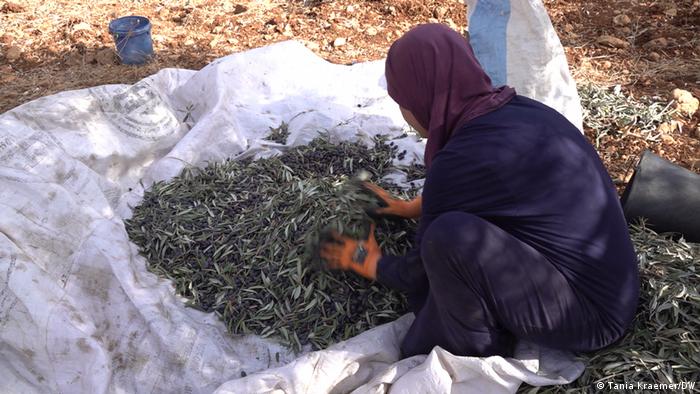 Aside from their symbolic value, olives are an important economic factor for many Palestinians

The damage is a great loss to Palestinians as olive groves carry deep symbolic and economic meaning to them. Nearly half of the West Bank's agricultural land is planted with olive trees, which resemble their ties to their land. According to the UN Office for the Coordination of Humanitarian Affairs (UN OCHA), over 80,000 families in the West Bank rely on olive oil as their primary or secondary source of income. Most families also use it for their own consumption until the next harvest.

Avi Dabush, director of RHR, describes how the organization "tries to combine our Jewish values and human rights issues. The main issue for us is the[Israeli] occupation, and in this case, the rights of Palestinian farmers," Dabush adds "We try to stay optimistic and be practical and do what we can." By being present during the harvest, RHR won't end the occupation, he says, but "we want to believe that during these days there is less violence than usual."

Young settlers from illegal settlement outposts are mostly behind the violence. On Thursday, an emergency meeting was called by Benny Gantz, Israel's defense minister, to discuss the rise in incidents, the Ha'aretz newspaper reported. "The impotence in dealing with the violence is systematic," wrote journalist Amos Harel. "And little has been done to rectify the situation though it has been going on for many years." 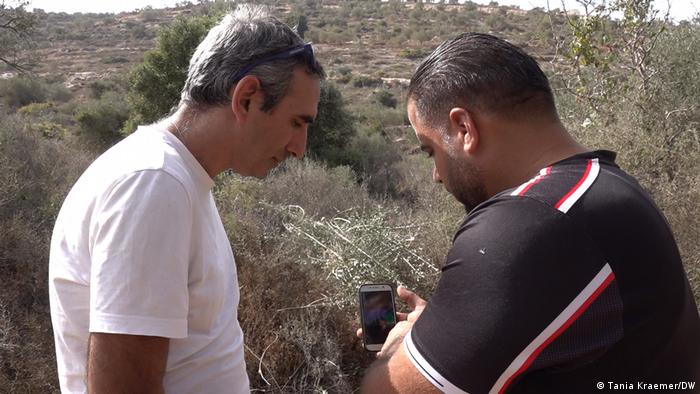 Avi Dabush, Director of Rabbis for Human Rights (RHR) (left) says they try and act as a safeguard against the violence

Out in the field, Avi Dabush from Rabbis for Human Rights explains that "we are in contact with the army. The IDF [Israeli Defense Force] knows that these are dangerous places for the farmers. And we are trying to be some kind of safeguard for the farmers against this violence and to watch over them."

Late last month, settlers were caught on video verbally abusing and pepper spraying Israeli volunteers and Palestinians working in the fields. A soldier was seen standing between the parties. Samir Awad a Palestinian coordinator for RHR, recalls the incident. "We reached the area where we were permitted to enter and work in," says Awad. "The settlers there attacked us in front of the army without them doing much."

In a statement to DW, the Israeli army said "as seen in the video, IDF troops operated immediately. The perpetrators' details and case were transferred to the Israeli police for further handling." The Israeli army,which exercises military control over the West Bank, further added that it "invests a great deal of effort to prevent violent incidents in the Judea and Samaria region."

The burden of bureaucracy

The need for Palestinians to coordinate access to certain areas adds to the difficulties to spend the needed time to cultivate and harvest their land. Fields located within a certain proximity to settlements need prior coordination with Israel's office of the Coordinator of Government Activities in the Territories. Sometimes permits are given only for a few days or an area suddenly becomes restricted and requires a permit, the villagers complain.