Torture is routinely used by Nigeria's police and soldiers, says Amnesty International in a new report that documents horrifying acts of brutality which largely go unpunished. 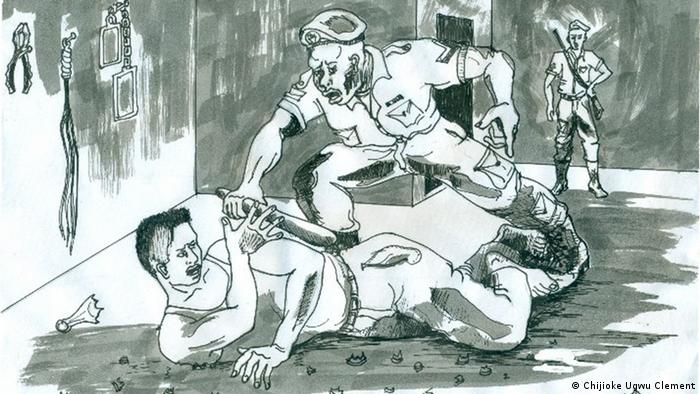 Onyekachi is furious, his voice breaks with emotion. "My hands were tied behind my back, together with my legs," he told DW. He said he was beaten with iron bars, machetes and wooden rods but the worse part of what he experienced was being hung up by his feet for more than an hour.

The 33-year-old is not an isolated case. Torture and physical abuse are routine for Nigerian police and soldiers, says rights organization Amnesty International in a new report on conditions in Nigerian prisons and police stations, entitled "Welcome to hell fire."

"We have seen various forms of torture being used, one of the most gruesome is nail extraction," Netsanet Belay, Amnesty's Africa Director, told DW. 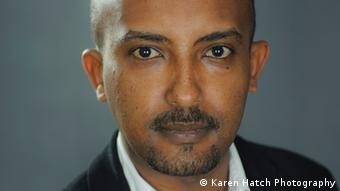 Abdul Jelili Desiyan, Nigeria's Minister for Police Affairs, denied the allegations, saying "Amnesty International has consistently in the course of this [Boko Haram] insurgency sought to tarnish the image of Nigeria and its armed forces."

Many forms of torture

During research carried out over seven years, the organization collected more than 500 statements from former detainees. Amnesty viewed evidence held by lawyers and sent its own observers into prisons – with horrifying results. The methods of torture used are many and various. Prisoners are beaten with whips, rifle butts or rubber batons, are forced to walk over broken glass or to sit on benches of nails. "Electric shocks, hanging people upside down and beating them," is also commonplace, Belay said.

Women were subjected to particularly brutal forms of sexual violence. "There were women who had fire extinguishers fired into their vaginas in order to extract information," Belay said. 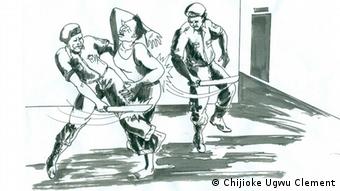 Onyekachi says he was beaten with machetes and iron bars

Torture is used as punishment, to extract money or in order to "solve" cases more quickly, Amnesty says. Prisoners are forbidden to see their families. Few have the opportunity to consult a lawyer who can provide legal support. Mamman Lawal Yusufari is a lawyer and head of the Faculty of Law at Bayero University in the northern state of Kano. For years he has been working to strengthen the legal rights of detainees and spends much time trying to get bail for detainees.

Yusufari says the situation has worsened since the government imposed a state of emergency in several northern states in the battle against Islamist militant group Boko Haram. There, people are arrested on suspicion of being Boko Haram members "and taken to detention bases which are known as Guantanamo Bay. They keep them there without trial or proper investigation. Some of them die there. The situation is alarming," Yusufari said.

Thousands of people – estimates speak of up to 10,000 – have been arrested in the military operations against Boko Haram. Often all is needed is an unconfirmed allegation and people can disappear behind bars for years, says Amnesty International. 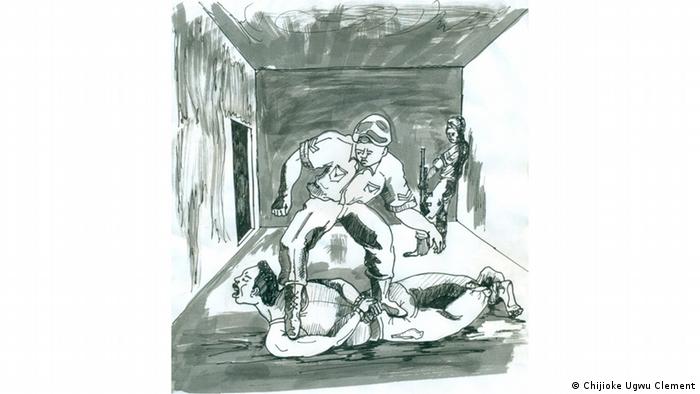 No punishment, no compensation

The perpetrators often go unpunished, says Netsanet Belay, while the victims receive no compensation. "The Nigerian government systematically neglects to investigate allegations of torture. Particularly within the military we have not seen any evidence of prosecutions or investigations into such allegations." This culture of impunity must end, Belay says. "There is a pending bill in parliament that aims to criminalize torture that has been debated but not adopted." This bill is urgently needed "so the courts can hold the perpetrators to account."

'Boko Haram has taken over a whole region'

One-hundred and fifty days ago almost 300 girls were abducted by Boko Haram in northern Nigeria. Too little has been done since then, local politician Peter Biye Gumtha, tells DW. And the situation is only getting worse. (11.09.2014)

Boko Haram militants in northern Nigeria have repeatedly been blamed for killings and other human rights violations. New video footage appears to show the Nigerian military executing suspected members of the group. (06.08.2014)