Weighing a Schengen zone for Europe′s Internet data | Europe| News and current affairs from around the continent | DW | 20.02.2014

Germany and France are considering a so-called Schengen routing system in which as much online data would be kept in Europe as possible. But would it really limit surveillance - or just line the pockets of EU companies? 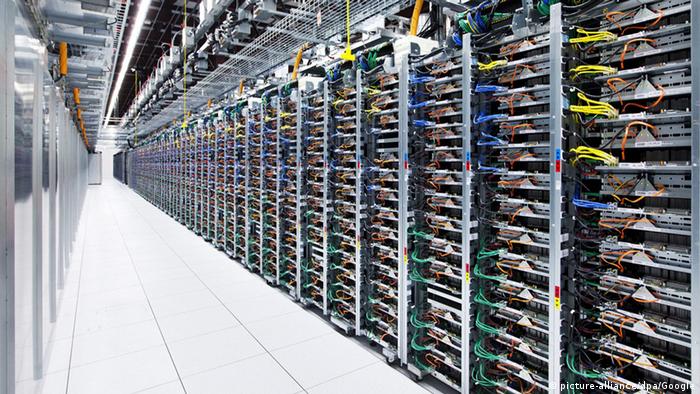 In Germany and beyond, revelations about the extent of the NSA's data collection have damaged ties with the United States and led to considerations on how to limit data traffic in such a way that it is out of reach to prying eyes abroad. In German Chancellor Angela Merkel's weekly podcast address, she confirmed that very concrete plans are underway for routing online data along those lines.

Merkel also announced her intent to speak this week with the French government under President Francois Hollande about how a European communications network could be established that would be beyond the reach of US security officials.

Deutsche Telekom, one of Europe's largest telecommunications companies, recently raised the idea of creating a European data network. It might function roughly in accord with the Schengen Agreement, which allow for the free movement of people and goods across participating EU members states. However, the Schengen zone does not include all EU countries. If a Schengen routing system were developed, it would offer an elegant way to bypass Great Britain, which is not part of the Schengen area and whose signals intelligence service, known as GCHQ, has also been revealed to be mining data from the EU. 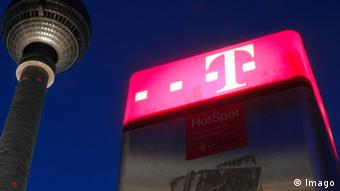 In various German online forums, Internet activists have already mocked what they dub the "Schlandnet" - short for Deutschland Internet. Can national borders even be combined with the idea of the internet as a worldwide network? IT expert Dominique Petersen of the Institute for Internet Security doubts that's possible, noting that the internet was not built up by states but has had a global structure right from the start.

"The Internet companies' massive servers are generally located abroad, and the Internet service providers send data packets across various countries," he said, adding that while it's possiblefor data traffic within Europe could also be restricted solely to European channels, such traffic makes up just a small part of what Europeans do online.

"If, for example, I surf on Facebook, shop on Amazon or use other big portals, then data is leaving the German and European zone anyway," he said.

Philipp Blank, a spokesman who oversees Internet security and data protection issues at Deutsche Telekom, defended the idea of a Schengen routing system, saying it has nothing to do with forcing Internet traffic into national boundaries.

"We're simply asking: Why does an e-mail from Bonn to Berlin have to pass through New York or London?" he told DW, adding that in the United States that is already happening. "There, it's already long been the case that national internet traffic - meaning that in which the sender and recipient are both located in the US - is not redirected abroad." 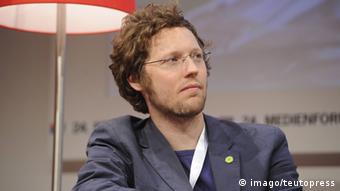 However, Petersen said he doubts that a European communications network would indeed lead to greater data security.

"It may be true that you'd be making it harder on foreign intelligence services that lack the technical capabilities of the American or British agencies," the researcher said. "But, for example, it would be no problem at all for the NSA to establish some sort of surveillance stations here in Europe or in Germany."

Jan Philipp Albrecht, a German member of the European Parliament for the Green party, agreed, telling DW in a recent interview that a Schengen-style system shouldn't be the focus.

"Instead, we need to have a legal framework which secures our fundamental rights in the European market," he said, explaining this would provide leverage in dealing with online companies located outside of the EU.

Schengen routing wouldn't just be largely useless, Petersen added, it could also amount to a very expensive proposal. At the moment, Internet routers look for both the quickest and cheapest way to send data packets around the globe. If they are forced to restrict their traffic to Europe, then customers could see higher costs for surfing online.

Meanwhile, Deutsche Telekom has to face the charge that it primarily has its own profit in mind.

"Telekom would certainly be a big winner of this Schengen routing," said IT expert Petersen, adding the proposal represents a chance for European Internet companies to get a leg up on the tough competition from US-based firms. 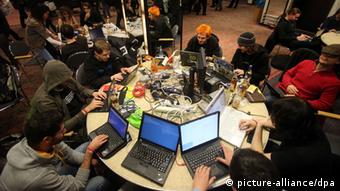 Telekom spokesman Blank dismissed criticism, "For us, there wouldn't be any significant additional revenue." He said the company is merely interested in winning back the trust of Internet users that was lost thanks to the surveillance affair.

In order to do that, data expert Petersen said people have to be informed about how many security loopholes are involved in surfing the Internet. "E-mails are sort of like postcards," he noted. "They can be read in transit by anyone who gets his fingers on them. And that's also true even if they're only sent within Germany."

Users' sole means of recourse is encrypting their data, said Petersen: "Then it doesn't matter what route the packets take and what happens to them along the way."

However, Europe's Internet traffic is still far from being encrypted in a standardized way. Most people who want to send their e-mail securely have to take matters into their own hands and use a software package to assist with encryption and decryption to read the messages when they arrive.