People fleeing war continue to land in Greece, as the cash-strapped country sees migration numbers soar. Tens of thousands of refugees have made the journey in 2015, hoping for a better life in Europe. 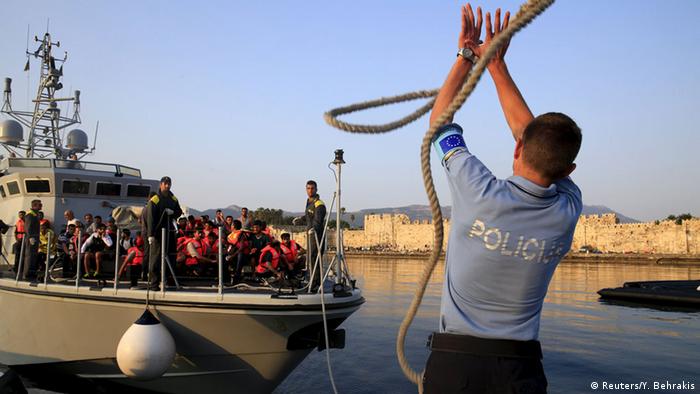 The Greek coast guard pulled more than 1,400 migrants out of the sea between Friday and Monday, authorities announced at the start of the week.

Most arrive on the five islands of Chios, Kos, Leros, Lesbos and Samos, a presence that is overwhelming the cash-strapped nation.

The majority of the migrants are Syrian, a coast guard official told news agency DPA. Most are hoping to continue their journey to northern Europe via Central Europe, he added.

Arrivals continued on Monday morning, with reports of more than 150 migrants in six vessels reacing the shores of Kos. The island is a popular tourist destination. 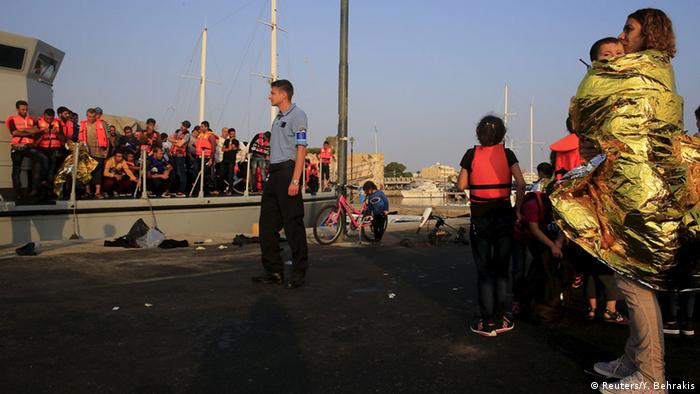 One dinghy with 40 Syrians cheered as they landed. The men jumped into the water to help the women and children to get off the boat.

Greek Prime Minister Alexis Tspiras is expected to make a speech about the situation on Friday.

The new arrivals join the other 124,000 migrants who have made it by sea to Greece since January. These statistics mark a 750 percent increase from the same seven month period in 2014, according to the UN High Commission for Refugees (UNHCR). 50,000 people reached Greece in July alone, about 70 percent from Syria.

The European Commission announced on Monday that it would provide $517 million (473 million euros) of funding to help Greece cope with spike in arrivals.

The eastern Aegean Sea is a popular route for migrants, many who are escaping war and conflict, to reach Europe. Tens of thousands of people have made the journey from Turkey to the nearby Greek islands in inflatable rafts. The vast majority continue to mainland Greece and cross the Balkans or sneak aboard Italy-bound ferries in an attempt to reach wealthier European Union countries.

The 28-nation European Union has told member states that expressing regret over the latest migrant tragedy was no substitute for action. Some 200 migrants were feared drowned when their vessel sank off the Libyan coast. (06.08.2015)

Frontex says Greece and Hungary are buckling under an unprecedented influx of migrants. The EU's border agency wants nations to commit more vehicles and personnel. (07.08.2015)