Web Summit 2019: Of lining up and networking

This year's Web Summit is generating a lot of interest. More than 70,000 visitors are causing traffic jams and long lines in Lisbon. Safety issues and data privacy feature prominently at the event in Portugal. 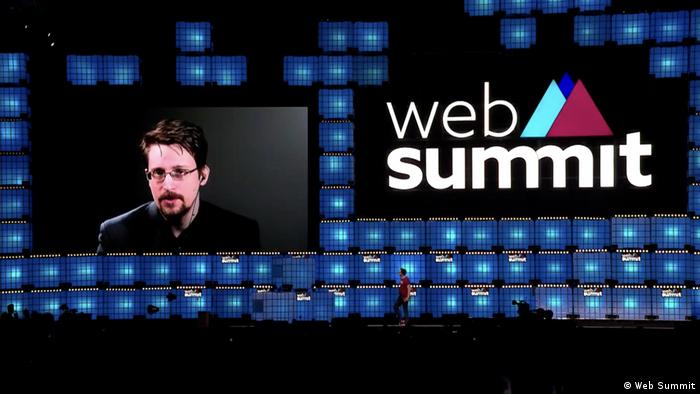 Or EU Brexit negotiator Michel Barnier talking about digital divorce difficulties and, last but not least, former boxing world champion Vladimir Klitschko elaborating on the secret behind his success. To cut a long story short, there's something for every taste at the gathering.

The roughly 70,000 visitors have until Thursday evening to bump into each other while keeping their eyes glued to their smartphones. 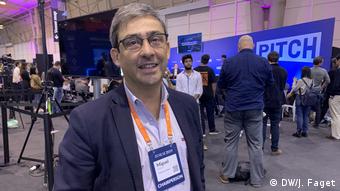 A must for startups

Almost everywhere you have to stand in line: at the entrance, at the exhibitors' stands and even at the places where you can grab some food. It is obvious that the Web Summit is packed to capacity. Since it is to take place in the Portuguese capital for nine more years, the Lisbon fair will soon be expanded for around €11 million ($12.2 million) of investment.

Miguel Fontes is sitting in front of one of the pitching stages. He is director of the corporate incubator Startup Lisboa. Two of his proteges are currently presenting their projects. He views the Web Summit as a great stage for them.

Lisbon had created an ideal environment for company founders and developed into an IT center that attracts firms from all over the world: "Already, we at Startup Lisboa are home to around 100 startups, 40 of which are represented at the Web Summit. After all, three of them were chosen to present their work here on stage." For Fontes and these companies, the Web Summit is a success story. 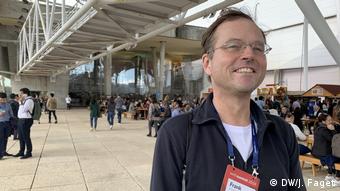 Vanessa Amaral is enthusiastic, too. She works for a major electronics retailer and has come to find out about the latest news: "I think it's great to meet all these people and get to know new business models. It's a good opportunity to make contacts." James Chance from yourself.online is looking for business partners for his company in the US that deal with data security: "We help people to keep control of their personal data on the internet." Chance is a first-time exhibitor at the summit, looking for sponsors. "We've already had initial talks with investors, things are going well for us."

One of the people with money to invest is Frank Seehaus from Action Capital Partners. "We invest in internet-based business models, in companies that generate at least €1 million in sales."

The Web Summit is made for conversing with potential partners. "We do this with a plan and goal in mind, take a close look at everything. Otherwise it would all be wasted time," Seehaus noted. 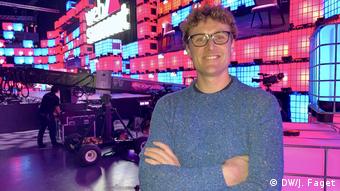 Web Summit chief Paddy Cosgrave is happy, too. He especially liked EU Competition Commissioner Margrete Vestager's involvement. She's a regular at the gathering. "Participants love her because she has ensured that the many small companies in the IT sector have the same opportunities as large corporations.

Vestager was scheduled to talk about her vision of the internet on Thursday, the final day of the summit. Cosgrave believes that the very size and business practices of internet giants have to be questioned — criticism is definitely in order, he states.