′We will succeed in these negotiations′ | Environment | All topics from climate change to conservation | DW | 22.10.2014

Peru's Environment Minister Manuel Pulgar-Vidal tells DW what he hopes to achieve at the COP20 this December. Representatives from most of the world's countries will gather in Lima to discuss climate change challenges. 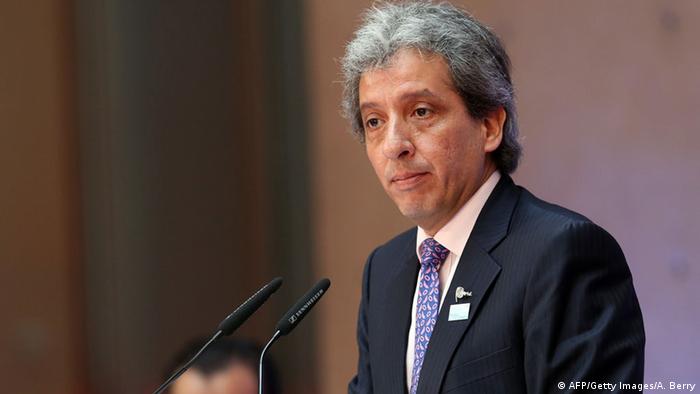 DW: The Climate Change Conference taking place here in Bonn this week is focused on developing the text of the new draft climate agreement. How are the Bonn talks coming along? What role will these talks play for Lima's conference?

Manuel Pulgar-Vidal: This is a key step, because it is the place where negotiators from around the world and from different blocs declare their positions. I'm completely sure that we're going to have something strong by the end of this week here in Bonn as a way to move toward success in Lima.

Why do you think it's important for a developing country like Peru to host the next major climate summit?

We should recognize that Peru is very vulnerable to climate change. Peru is a country that depends a lot on fishing activities, because we have this cold current, the Humboldt Current. That in turn is affected by the El Nino phenomenon, which is getting more severe because of climate change. Also Peru has 70 percent of all tropical glaciers of the world. So the glacier melting is a problem in relation to our agri-biodiversity, because we're a country with a lot of different native crops.

Political negotiations require reconciling longstanding differences between nations. How confident are you that an agreement over key areas of climate financing and tackling greenhouse gas emissions will be reached?

I'm optimistic. I think that currently, the world is moving based on two principles: sense of urgency and level of ambition. We are also working based on what science has already told us - that we should avoid going over the two degree threshold [of global warming]. But if we keep acting as we are used to acting now, we are going to go over or close to four degrees. And that could have dramatic or catastrophic consequences in our country. So based on that, I think that the world knows that we can't fail like we failed in Copenhagen. I'm completely sure that we are going to have an agreement in Paris by the next year.

As president of the 20th session of the Conference of Parties (COP), you're responsible for achieving this consensus among the parties with different opinions. What does it mean for you to play such a critical role in developing a climate agreement?

Peru is playing a triple role: We're the incoming president of the COP, so because of that, we need to create an atmosphere of confidence. So we need to act very carefully, to try to avoid talk about many sensitive topics among different countries. We need to create innovative ways to have the different blocs talking to each other. It is difficult, but I think we are doing well and we are working on that. 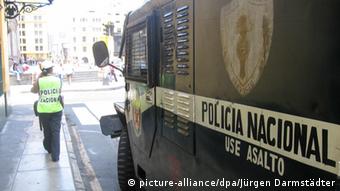 Security in Lima will be tight during the COP20

And our third role is as a country, a party [in the negotiations] - we have our own expectation, we have our own demands, our own claims. But I think that by working with different countries, with different blocs and hearing the voices of everybody, like the business sector, the indigenous people and the civil society voices, we will succeed in these negotiations. The only way to move forward is with everybody. That's the only way to bring common solutions to the world.

For you personally, what characteristics does someone in your role need to to do a good job and to reach a consensus?

I think it's very difficult to talk of myself, but we will need to be very open, very transparent, create a good mood and be very optimistic. I think that are four key issues to try and create an atmosphere of confidence. It is not possible to create that atmosphere by thinking that we are going to fail. Taking it step by step is the only way to move toward success.

When will the international climate pact be drawn up? When is the draft supposed to be ready?

Some decisions on national contributions that go into this draft are very important. And the finance topic is key in this discussion as well. Peru has just been appointed co-chair of the Green Climate Fund and we are very optimistic that in this position, we can give the world good political signals to make a decision by the end of next year. But we will have a draft agreement this year.

Looking forward, what are your hopes for the Peru climate conference?

We have different hopes. The first one is the way in which we are going to be measured: to advance in the negotiations. But on the other hand, we are organizing the COP to leave the country a big legacy of awareness, but also of action. I think the COP is a good opportunity for us to raise the environmental discussion, to make Peru more environmental and climate-responsible and also to leave a legacy to the citizens.

Manuel Pulgar-Vidal has been Peru's environment minister since December 2011. He's also an environmental and policy lawyer and was previously the president of the Inter-American Association for Environmental Defense.

Earth headed for warmest year on record: US meteorologists

Earth this year reached the hottest average temperature for September since record keeping began 135 years ago, according to US meteorologists. The planet is on course for the warmest year on record. (20.10.2014)

Nick Nuttall, spokesperson for the UN Framework Convention on Climate Change, tells DW how religious groups are increasingly fighting climate change and how that might have a bigger impact than you'd think. (10.10.2014)