"We Must Jointly Talk About Our History"

As ceremonies in honor of the 60th anniversary of the end of World War II near their climax, DW-WORLD spoke to Germany's culture secretary about German tributes and the necessity of a pan-European perspective. 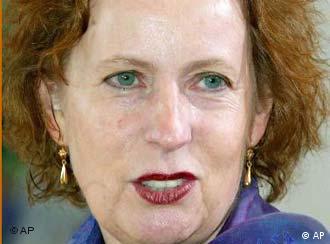 DW-WORLD: The head of the German-Russian Museum in his opening speech jokingly complained that in an interview recently you failed to mention the museum as a prominent place commemorating 1945. Now you've seen their exhibition "Triumph and Trauma -- Soviet and post-Soviet Remembrance of the War." Will you remember to mention the museum the next time?

State Secretary for Culture Christina Weiss: I never for a moment doubted that the exhibition is important. After all, I did come to the opening. In interviews you always think about what is closest to you. And the German Historical Museum that I brought up in that one was for me always the word for the two exhibitions, which really belong together. This exhibition is very impressive because it shows images that manipulate reflection, debate and opinions of history. I don't mean that negatively: They manipulate that which one knows about history, what one perceives, and how one positions oneself within it.

We are reaching the highpoint of the year of remembrance of 1945. Looking at the German historical construct that is being conveyed in the 2005 commemorations of the war's end, what do you approve of and what don't you like?

I find it especially good and important that right now, in the first year of the unification of large parts of Europe through new EU entries, there are many events. We must jointly think about how we can jointly talk about our history -- something we haven't yet done. Every country does so through its own national perspective with differing valuation. I hope that we will now -- inspired by the commemoration of 1945 -- collectively debate a collective view of our collective history. To that extent, I appreciated everything that took this thought seriously. The exhibitions in the German Historical Museum were very impressive -- especially the exhibition that preceded this one, "Myths of the Nations." It always makes my blood run cold when I see how little "historical truth" there is. There's that which was experienced, the emotions -- and the manipulation, too. 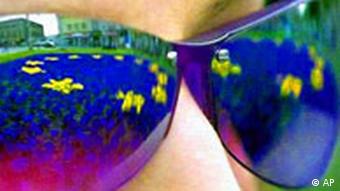 A pan-European outlook on the past?

In your speech at the exhibition's opening, you talked about a "new complexity of national historical perception" of World War II, but at the same time you hope for a pan-European perspective. Have we come a step closer to this in 2005?

Massively. We have come closer to a collective view, because the openness has returned through the unification of Europe. We take note of what the others omit, what the others find difficult. In the discussion -- that we ourselves find difficult -- we in Germany are already quite far. But we haven't done it with each other yet. Of course, we are not coming closer through this anniversary; we're coming closer through the unification of Europe.

What signals does German remembrance send to the world and how are they received?

I know that German remembrance sends important signals everywhere in the world. It starts with our archives and continues with the BSTU (the agency that handles the East German secret police files). We receive many enquiries: How do you manage this, how is this legally regulated, how do you deal with this? German remembrance is very broadly spread and, in the meantime, marked by a very honorable mindset. It impresses people everywhere. I don't mean to say that all other countries need the same honorable mindset. After all, we also have the larger burden to work through.

Still, in central and eastern European countries this discussion is also going on right now: How did we behave then? How did we deal with Nazi rule? What did we do? All over there are joint historical commissions like between Germany and Poland or Germany and the Czech Republic. We have also created a "Network Forced Migration and Expulsion" in 20th century Europe, which will start its work in May. The headquarters will be in Warsaw. Poland, the Czech Republic, Slovakia, Hungary, Austria and Germany will each send an employee there. In addition, there will be a coordinator in each individual country, and we are establishing a board of "elder statesmen" who will promote the idea that there must be a collective examination of history.

The exhibition in the German-RussianMuseum in Berlin is meant to be an explicit counterweight to an increasingly German perspective when it comes to the perception of history. Do you also see a trend towards German navel-gazing?

There is German navel-gazing, that's true -- but there are also many counterbalances. One merely needs to open one's eyes. That's not the problem. The problem is that it must be clear to the Germans -- as to all the others, too -- that, 60 years after the war's end, there should no longer be a purely national approach, especially in emotional terms. One may express and describe it, but at the same time one should make clear there's always another perspective.

Sixty years after World War II, Russia and Germany have joined hands to honor the victims. The countries' leaders said in a joint interview that Germany was responsible for the war, adding that it also suffered greatly. (May 6, 2005)

A 93 year-old woman claiming to have been Adolf Hitler's nurse in the final days of the Third Reich has spoken of her experiences in the Berlin bunker for the first time in 60 years. (May 3, 2005)

After a long legal battle, parts of a vast archive on former German chancellor Helmut Kohl compiled by the notorious East German Stasi secret police were released Thursday for the first time but under heavy restrictions. (March 24, 2005)