A 93 year-old woman claiming to have been Adolf Hitler's nurse in the final days of the Third Reich has spoken of her experiences in the Berlin bunker for the first time in 60 years. 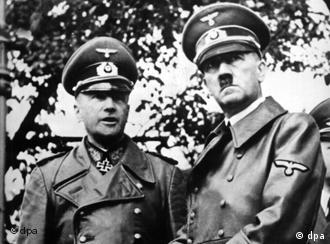 Paranoia paralyzed Hitler in the end

Many people have tried and failed to accurately portray or document the final hours of Adolf Hitler. Acclaimed attempts such as the recent successful German film "Der Untergang" (The Downfall) have made the most of the knowledge which is available and have mixed established facts and speculation to great effect.

But there have been very few corroborative first hand accounts that have revealed the true inner workings of the Führer's bunker and his mindset as his master plan came crashing down around him.

Until now, possibly. According to the Berlin-based daily Berliner Zeitung, a survivor from Hitler's Berlin stronghold has decided to break her silence over what she saw and heard in the final days of the Third Reich.

Erna Flegel, a 93-year-old, claims to have been the Nazi leader's nurse at the end of World War II and to have been in his bunker when Hitler took his own life.

Under the headline "I was Hitler's nurse", Flegel tells a fascinating and tragic story of how she provided medical treatment to Hitler and his inner circle from 1943 until the Nazi leadership gave up their dogged resistance and hope in the face of the advancing Red Army and Allied forces two years later.

Flegel's insight into the last days reveals that contemporary accounts have been more or less accurate concerning the mental state of the Führer. 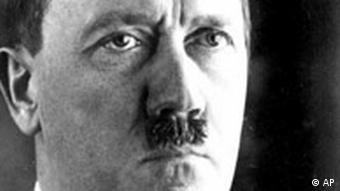 The former nurse revealed in the interview that Hitler was almost paralyzed with paranoia as the end neared, even fearing that the cyanide capsules with which he was planning to take his own life had been switched and filled with fake poison. "By the end, he didn't trust anyone any more - not even the cyanide capsule he swallowed," she is quoted as saying in the paper.

Conflicting reports suggest that only Hitler's wife Eva took cyanide while the Nazi leader himself died from a self-inflicted gunshot to the head. Both bodies were allegedly burned by aides shortly after being discovered.

After Hitler committed suicide, Flegel stayed in the bunker as the Nazi regime crumbled around her. Flegel said that after Hitler's suicide, Josef Goebbels, the Nazi propaganda chief, took over as leader, but by then there was little sense of command and Goebbels was ignored.

A witness to the desperate end of the Third Reich

She also revealed her desperate attempts to save Goebbels' six children from Magda, their "merciless" mother, but was ultimately powerless as she poisoned them. It was then that the Nazi hierarchy within the bunker began to implode.

"(Hitler's) last subordinates shot themselves in succession," she said. "And those who didn't shoot themselves tried to flee." Still Flegel remained underground. "I had to look after the wounded," she added. 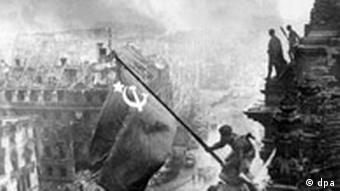 The Soviet Army stormed Berlin from the east

In the interview, she remembers the approach of the Soviet Army and the realization that Hitler's brutal regime and his plans for world domination were ending in the dust and rubble of Berlin above. "You could feel that the Third Reich was coming to an end," she said. "The radios stopped working and it was impossible to get information."

She recalled that the Russians treated her well and advised her to remain where she was and to keep the door closed and locked. Flegel stayed for several more days in the bunker and was one of the last to leave. She was then interviewed by US secret service agents, the last time that she spoke about her life as Hitler's nurse until now.

"I don't want to take my secret with me to the grave," she said.

Rochus Misch still remembers the sight as if it were yesterday: 60 years ago on Saturday he looked through a doorway and saw Adolf Hitler had committed suicide. (April 30, 2005)

Adolf Hitler spent his last days in an underground bunker in Berlin amid a combination of fear and unreality. A new German film captures the madness of his last days and resurrects the Führer as never before. (Aug. 25, 2004)