′We can manage refugee influx,′ says UNHCR′s director for Europe | Europe| News and current affairs from around the continent | DW | 16.09.2016

Governments must draw lessons from the refugee chaos in 2015, warns Vincent Cochetel, the UNHCR's director for Europe. But ahead of a major UN meeting, he asserts that the ongoing influx of refugees is manageable. 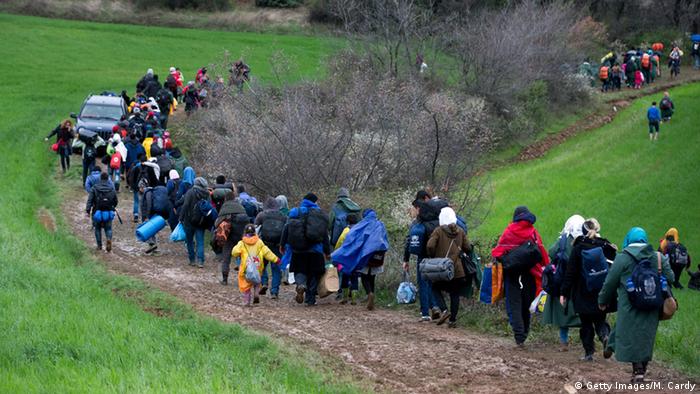 DW: What is the upcoming United Nations High-Level Meeting on Refugees and Migrants in New York about?

Vincent Cochetel: We expect states, destination countries, countries of asylum and countries of transit to recommit to the basics, but at the same time to agree to cooperate better on the management of migration crises. If we look at Europe and we look at the 2015 crisis, we have the feeling sometimes that states are not really committed to fully learning the lessons from what has happened. You know, it's a bit like a hangover. You wake up in the morning and say: Oh my God, what did I do last night?

Where should the soul-searching start? What are the questions European countries have to ask themselves? 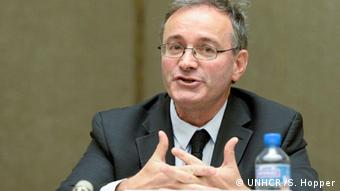 Vincent Cochetel has worked for the UNHCR since 1986

Are we sure? Are we comfortable that Europe is now better equipped than it was in mid-2015 vis-à-vis what could be any massive movement of people to Europe? Although the crisis has disappeared, the key drivers of forced displacement and the drivers of economic migrations are still there. Afghanistan is not solved; you still have a war in Iraq. Syria is not solved. You still have a war in Libya, and you have many other conflicts further afield that might lead to people being displaced. Why did it take so long to start with relocation? Only 13 percent of the objectives that we agreed upon one year ago for Greece have been met, and less than 5 percent for Italy.

What would it mean to be prepared on a more concrete level?

We believe the crisis has revealed that we need to have a common registration system in Europe - not just fingerprints, but case histories and all that sort of thing. That would facilitate planning; that would facilitate the tackling of secondary movement, the functioning of Dublin, the functioning of relocation and of family reunions, and the prevention of the loss of data on unaccompanied children that are moving through Europe. Is that technically feasible? Yes. Is that possible for Europe? We need a bit of common will, but we could have a common registration system.

Do you see better preparedness? Have lessons been learned?

No. We don't see lessons learned. We see a series of proposals that the European Commission has been tabling in June and in July. Some of them go in the right direction, but they are timid; they don't tackle those big issues. They demonstrate the belief that we can designate many countries as safe countries of transit around Europe, thus making it possible to quickly return people to countries in the neighborhood, rather than examining their claims. I think these look like quick fixes, but they are not going to work. There is no miracle recipe. You need to have more common tools, more common approaches. One of them is also to have European registration centers. They don't need to be permanent, but they could be in Greece, they could be in Italy, and they could be in Poland tomorrow if you have an influx from Ukraine. So you really need to have capacities located in areas where you have this migration and asylum pressure, and to make the support of member states more easily accessible by the state confronted with this sort of situation.

Many people say it's over. Why draw lessons from a crisis that is a thing of the past?

What makes us so sure that it won't happen again? I'm convinced people will continue to move. Europe has put itself in a situation of dependency vis-à-vis countries located at its external border. We hope that the EU-Turkey deal will continue to work in its entirety. But if it does not work, or if it does not work fully, we need to have a Plan B at the European level to solve this sort of crisis. There is still a large influx of people arriving in Italy. Most of them are economic migrants. They are not refugees, people in need of international protection. But even here, Italy needs assistance to cope with this influx of economic migrants. Italy alone cannot solve the problem. And the geographical location of a country in Europe should not be the sole basis for giving it the responsibility for handling such problems. 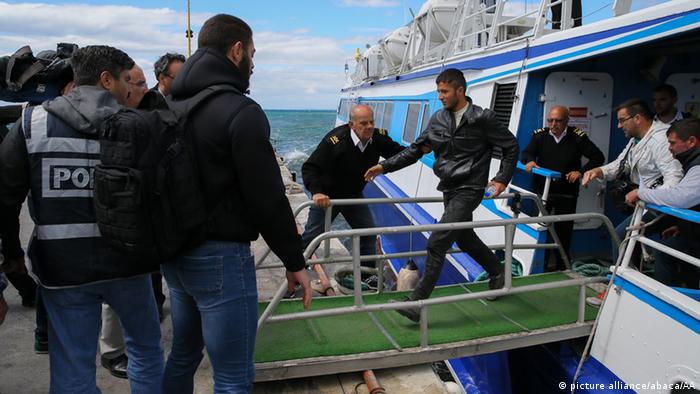 What is the role of the UNHCR in all this? Is your agency solving the refugee crisis?

How does pragmatism in this context work?

We have a total of maybe 50,000 asylum seekers today in Greece. This should not be an emergency; it should not be a crisis. We need to tell people and governments this is manageable. Good screening; good registration; good refugee status determination; return for those not in need of protection; relocation for those who are in need of protection; some local integration because some people have to stay in Greece - this is manageable. It should not be a crisis. The crisis is not about the numbers; it's more about the solidarity among European Union member states.

Wouldn't it be better for refugees to seek asylum in neighboring countries?

Ideally, refugees like to stay in neighboring countries because they are closer to their home. If there is a change, if there is a ceasefire, they can go back to their village or their city. They don't like to be uprooted. They like to keep an eye on their property, for those who have some property left back home. That's normally the desire of refugees, not seeking bluer skies somewhere else. I mean, Syrian refugees in Turkey and in countries neighboring Syria did not move on by boats to Greece for three years. What happened is that you had a decrease in the standards of assistance, in the areas of education or access to the job market. Food assistance was also not adequate in some of the countries. As a result, after three or four years people tried to make a different choice for their future, for their family. They want protection not just against return to their country of origin, but they want quality protection that offers a future for their children. 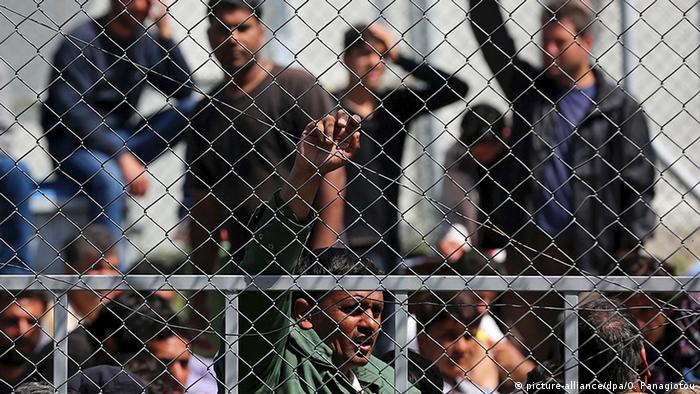 What is the role of people smugglers in all this? Are they to blame for luring people to Europe through exaggerated promises?

The smugglers are looking for opportunities, and diversify their offer, depending on border closures, to what they sense is the market. I don't think it's just the offers of the smugglers. I think it is despair that has driven the large movement we have seen. It's the fact that you don't have a clear political solution in sight in most crisis areas, and that standards of assistance are going down. Let's talk about Turkey, for instance. Recently, the minister of education told us that in Turkey, only 30 percent of refugee children were going to school. In spite of the long-drawn crisis, in spite of the efforts of the international community, the percentage of refugee children going to school is very, very low. So sometimes people think: This is not a country for me - I want a future for my children. My generation is lost, but I don't want my kids to face what I am facing.

Do photos like the one of dead toddler Alan Kurdi have the power to change perceptions and get people to act?

Alan Kurdi's picture showed us that we need to do something about rescue at sea. We need to increase resettlement; kids should not have to put themselves into danger and go on boats. There was a lot of collateral emotion that lead to more solidarity on all those issues. But then, that vanished over time because people in Europe had the feeling - and I think it was a genuine perception - that many governments were no longer in control of the situation. And when the public feels that governments are not in control, people become afraid; they fear what is happening. That's an important thing. Any asylum system needs the support of the public, and the public needs to be reassured that the system is managed, that the system is there to serve those who are in need of protection, and that we can explain this to the public. And those who are not in need of protection must be returned. There is no other solution.

How can you reassure people in Germany and Europe that the current influx of refugees is manageable?

We should not panic. It's not the first time Europe has been confronted by a movement of people. Not everybody is a refugee. We need to make sure that returns work better, that integration does not happen by chance. You need to invest in that. That's an investment for the future. People also don't need protection forever. Look at the refugees from Bosnia-Herzegovina. Many returned to their country, sometimes with the passport of another country. So they keep one foot in one country and one foot in another country. But that's fine; that's mobility.

Vincent Cochetel is the director of the Bureau for Europe of the United Nations High Commissioner for Refugees. The UN will hold a summit on refugees and migrants on September 19 in New York.

The interview was conducted by Claudia Witte.