Jakob von Uexküll founded the World Future Council to provide a voice for future generations on topics like climate change, poverty and fair trade. People are waiting for integrated answers to global crises, he told DW. 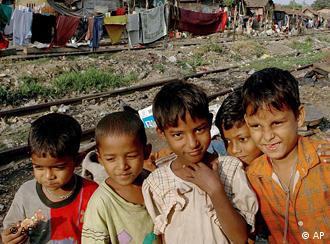 Jakob von Uexküll is also the founder of the Right Livelihood Awards, also known as the "alternative Nobel Prize" and The Other Economic Summit. The World Future Council, his latest project, is holding its first meeting in Hamburg from May 10 to 13.

DW-RADIO: The aim of the World Future Council is to secure a healthy planet for the benefit of future generations. How does the Council want to achieve this?

Jakob von Uexküll: By working very closely with decision-makers to highlight solutions which already exist, to identify and research those which may not be known yet and then make sure they're implemented. We have already begun to do this by holding a hearing with parliamentarians and heads of energy committees in Nairobi after the UN climate conference a few months ago. As a result, the energy legislation in three African countries is already being improved.

These are very concrete steps based on the fact that we know what needs to be done in many areas but the political will still seems to be lacking. I felt that, by creating a political organization that specifically speaks up as a strong voice for future generations, we could create this extra will.

During their War of Independence, the Americans had a slogan that read "No taxation without representation," and today we are taxing the very lives of future generations, but we are not giving them a say in the matter. 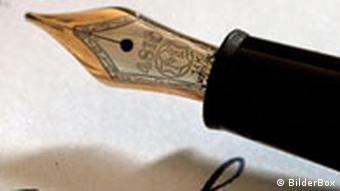 Organizations write up good declarations, but most think too short-term, von Uexküll said

There have been organizations in the past, for example Councils of Seers into the Future in colonial India, but today -- when our influence on the future is longer-term and bigger than ever -- we've lacked such an institution.

How is the World Future Council different from other international organizations that deal with important global issues?

A spokes-organization for future generation -- this focus has not existed before. We are not interested in what is supposedly realistic today. We are interested in what is necessary and we're working to make that politically realistic. We are long-term, while existing institutions and commissions are often quite short-term. They have a short mandate, produce a very good declaration and then expect someone else to implement it -- usually the US -- and that really hasn't worked.

We are also looking at various different issues together. All the major crises in the world today are integrated, but most of the institutions that exist at the moment are highly specialized, and I think that's another reason why we're still not moving ahead as fast as we must.

You'll be involving democratically elected parliamentarians, as well as over 6,000 NGOs, the media and the public. How will this work in practice?

With the parliamentarians it's very concrete. There is a new electronic network being developed that links all the world's democratically elected national members of parliament, called the E-Parliament Initiative. The hearings in Nairobi will be a joint project with E-Parliament. 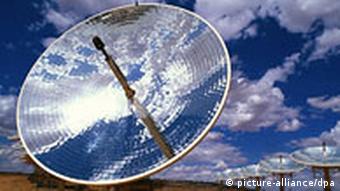 "If we don't use the sun and wind of today, they'll be lost forever"

As far as civil society goes, we wrote to the 6,000 organizations to get nominations of who they thought would make a credible member of the World Future Council.

And, of course, the media is crucial to getting the message out. If we look at climate chaos, for example, this has been a huge market failure, but it's also been a failure for politics and the media. People have thought it's a problem for future generations and suddenly it's hitting us now. In Australia they're talking about evacuating whole cities because there's a lack of water.

I think there's awareness there, and openness in many of these organizations to work with us. People are waiting for integrated answers to the crises we are facing.

Fighting climate change is one of your top priorities. What are the first steps your organization is going to take?

The renewable energy promotion is no doubt the most important thing now. We cannot afford anymore to waste the sun and the wind of today, because we can't use them tomorrow. They'll be lost forever. It's nonsense to say they're still too expensive. That's basically immaterial. If we have the resources and the workers to install this equipment and the materials to build them, then we have to do it.

We're focusing on promoting the best legislation to spread renewable energy. It's a German law, which has spread to over 40 countries and regions world-wide. It's very democratic because you encourage people to do something themselves. You don't sit and wait for huge companies that have been part of the problem to suddenly decide to become part of the solution.

Would you say that climate change is threatening to overshadow other pressing global problems like fighting AIDS or reducing poverty? 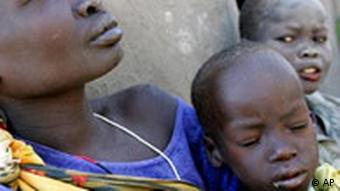 The problem is not that climate change overshadows them but that it makes them more serious. You cannot solve poverty with ongoing climate chaos. Natural laws override all economic laws and all cultures because they determine the preconditions for our existence.

It is quite clear that all our gains in fighting poverty and hunger are going to disappear very quickly if we can't reduce climate chaos and we're going to find lots of illnesses spreading to parts of the world where they have been defeated or where they've never been before.

In early June, the G8 countries are going to meet for their annual summit in Heiligendamm. What message do you have for the G8 leaders?

The lack of political will has, of course, been the problem, so they need an additional push. Again, renewable energy, but also the whole spectrum of legislation to combat climate change is going to be high on the agenda.

We want to remind them that they must integrate the interests of future generations in their decision-making. "Short-termism" has characterized EU and G8 decision-making and EU regulations have been preventing what needs to be done instead of promoting it because economic growth and free trade have been the motto.

I'm not saying we don't need growth -- we need growth of solar energy, for example -- but everything has to be subordinated to these new demands to secure a healthy planet for us and for future generations.

Turning Globalization On its Head

Globalization is not just about outsourcing jobs in the West to Asia: Indian companies are now creating jobs in Europe. (25.03.2007)

A UN conference on climate change opened in the German city of Bonn Monday in a bid to tie countries such as the United States and China into a new accord on greenhouse emissions that will replace the Kyoto Protocol. (07.05.2007)

There will be plenty of self-congratulatory talk as G8 development ministers meet in Berlin for a two-day meeting, but some say the credit for cutting poverty should go to creative statistical tricks. (26.03.2007)