Wave of protests rock Sudan, at least one dead

More than a month of protests represent the biggest challenge yet to President Omar al-Bashir's three-decade rule. Rights groups say more than 40 people have been killed since protests erupted in December. 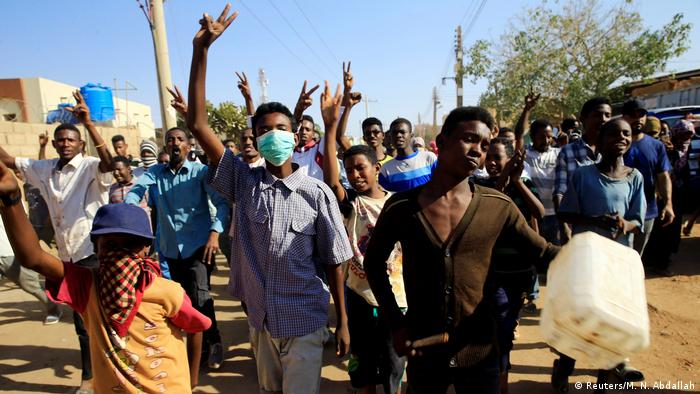 Thousands of people rallied across Sudan on Thursday and at least one protester died in the latest demonstrations calling on President Omar al-Bashir to step down.

The northeast African nation has been rocked by more than a month of protests first triggered by a threefold increase in bread prices. They have since developed into an expression of broader discontent over worsening economic conditions and Bashir's three-decade, autocratic rule.

Protesters chanting "Freedom, peace, justice" took to the streets of multiple neighborhoods in the capital Khartoum, where they were confronted by riot police firing tear gas.

The Sudanese Professionals' Association (SPA), a union leading the protests, had called the nationwide demonstrations and urged people in the capital to march on the presidential palace.

There were also reports of protests in the eastern cities of Port Sudan and al-Qadarif as well as at least a half dozen other towns.

One protester was killed in Omdurman, a city across the Nile from Khartoum, said Amer Ibrahim, who heads a government committee that is investigating protest violence. 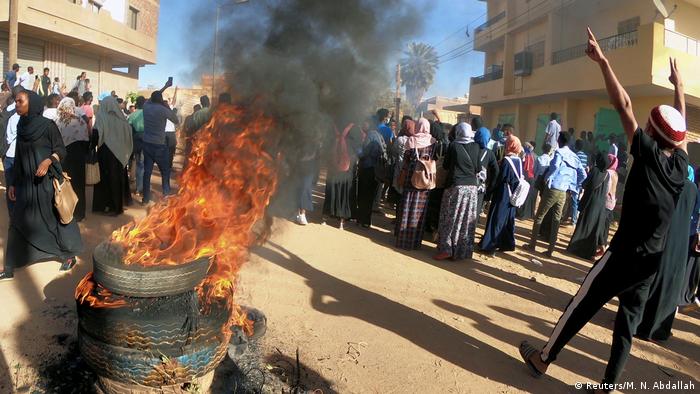 Protesters in Omdurman burned tires as they joined anti-government protests

That brings the death toll since the protests erupted on December 19 to 29, Ibrahim said.

However, rights groups put the number of deaths at more than 40.

A doctors committee linked to SPA said one protester was killed by "live ammunition" on Thursday and another died in detention. It did not specify when the individual was detained.

The mushrooming anti-government movement is the biggest challenged to the rule of Bashir, who has labeled protesters "infiltrators."

The United States lifted a two-decade trade embargo on Sudan in October 2017, a move that had promised to alleviate the country's economic woes after it lost a third of its oil wealth when South Sudan gained independence in 2011 following a decades-long civil war.

On Wednesday, Washington warned that excessive use of force by Sudan against demonstrators would damage relations.

Sudan has meanwhile reached out to gas-rich Qatar and Turkey for economic assistance.

Are Sudan's protests against Bashir regime doomed to fail?

For weeks, the Sudanese people have been protesting against President Omar al-Bashir. Though a diplomatic pariah, his Western back channel support means he holds the cards in a standoff unlikely to deliver major change. (02.01.2019)

Demonstrators are demanding the ouster of President Omar Bashir, who has been in power since 1989. The sub-Saharan nation has been gripped by soaring inflation, a weak currency and food shortages. (24.12.2018)