War Children Appeal to European Court of Human Rights | Europe| News and current affairs from around the continent | DW | 08.03.2007

"War children" born to Norwegian mothers who had relationships with German soldiers will ask the European Court of Human Rights to consider their demand for compensation for the abuse they suffered since World War II. 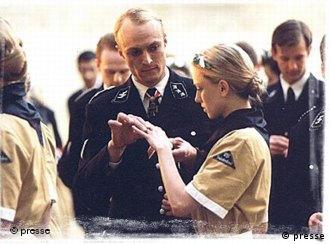 In addition to financial compensation, the 154 Norwegians, together with four Swedish and one German national are hoping that the court will overturn previous decisions by Norwegian courts which refused to examine their case because the statute of limitations had expired.

The Strasbourg court is to examine the request on Thursday and decide at a later date whether it will take up their case. A ruling in their favor by the European court would pave the way for further legal action in home courts.

Group members said they were subjected to a lifetime of discrimination and charge the Norwegian government with inaction that violated civil rights granted to them by the European Convention on Human Rights.

"I hope the court will get enough information so that it can take up our case and judge it," one of the plaintiffs, 65-year-old Gerd Fleischer, told the AFP news agency.

Children often tormented by others 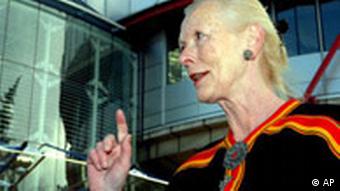 Fleischer said she suffered a lifetime of discrimination

Like Fleischer, between 10,000 and 12,000 children were born to Norwegian mothers and German soldiers during Germany's occupation of Norway. Among the best known of the "war children" is Anni-Frid Lyngstad of famed Swedish disco group ABBA.

Many of the children were born and raised in the Lebensborn or font of life project, which created centers organized by SS leader Heinrich Himmler to promote a genetically pure "Aryan race."

The Nazis set up homes in occupied territories including France, Belgium and especially Norway, to look after local women expecting children from German soldiers.

"What the SS wanted was people who were resilient, dutiful and disciplined. The kind of people who would be suited to run things in the new occupied areas," said Matthias Meissner, managing director of Lebensspuren ("traces of life"), a group representing the Lebensborn children that also setup the first meeting of grown Lebensborn children in November.

After the war, they became the focus of hatred. They were commonly placed in host families or special institutions and were subjected to physical or mental harassment, abuse and even rape. 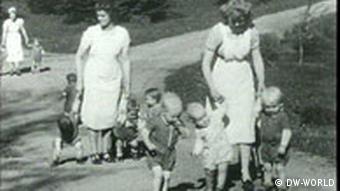 The children were well-taken care during the war, but faced severe discrimination after it

"I understood that there was something terribly wrong with me when I started school at seven," Fleischer said. "The other children would call me a 'German whore' and I did not know what these words meant. I had to ask my mother to explain them."

Fleischer's life was not much better at home. Her mother married a Norwegian resistance fighter who used violence on the child.

"When he was drunk, he would show his hatred towards me," said Fleischer, who ran away from home as a teenager.

The Norwegian government was so concerned with the issue of war children that it even tried to deport them to Germany, Sweden and Australia. After it was turned down, it decided to place the children with foster families or in institutions.

Some, wrongly labeled as mentally retarded, ended up in psychiatric institutions where they stayed until the age of 15 or 16. 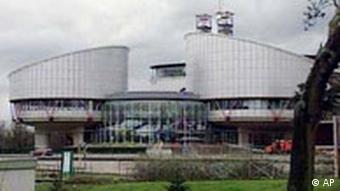 The Strasbourg court is the group's final chance to win compensation

Often, real identity papers of war children were destroyed, altered, or, in some cases, classified as "defense secrets" until 1986, preventing many of them from ever finding their biological parents. Many are still unaware of their past.

Despite the tragic lives they led, their fight against the Norwegian state has proven fruitless since every legal action they attempted in national courts was turned down.

The Norwegian state has made some efforts to address the situation. In 2000, then Prime Minister Kjell Magne Bondevik apologized to the war children in his New Year's speech.

In 2005, the Norwegian parliament decided that war children were eligible for financial compensation of up to 20,000 kroner each ($3,200, 2,440 euros), a decision the now-grown children met with scorn.

"It is yet another insult," Fleischer said. "It is the smallest compensation the parliament has ever given to anyone. They call what we have been through 'bullying', not at all the right word for the harassment and the ordeals the Norwegian state put us through.

"If the European Court turns us down," she adds, "it would be a terrible blow for many of us (who) feel such a need for recognition and reparation."

Just days before the start of the World Cup, a debate about the Nazi-era sculptures that still adorn Berlin's Olympic Stadium has reignited, with calls for the images to be covered up or removed lest they offend guests. (02.06.2006)

In order to propagate their "master race," the Nazis established the Lebensborn program: maternity homes where women who met certain racial criteria could give birth to the future elite of the Third Reich. (06.05.2005)