With Donald Trump in office for about a month now, German companies try to look at the bright side. An interview with Daniel Andrich, Representative of German Industry and Trade in Washington. 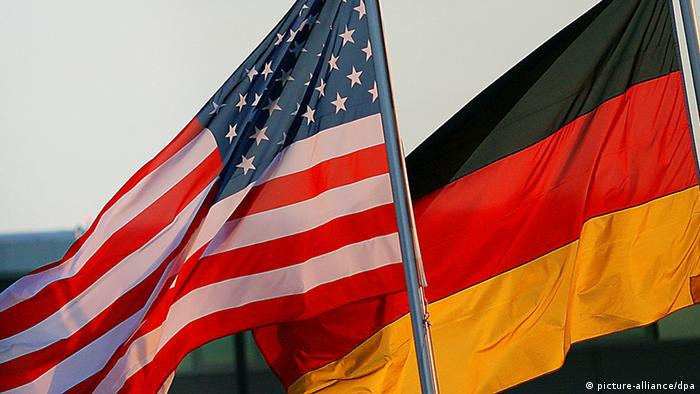 DW: A lot has happened since Donald Trump took office. Among other things, he has signed an executive order to withdraw the US from the Trans-Pacific Partnership Agreement (TPP). With that, it's safe to assume that the free trade agreement with Europe (TTIP) is also dead. What will be next - protectionism and trade wars?

Daniel Andrich: It's not sure whether TTIP is dead - the EU Trade Commissioner said the negotiations would be in the freezer for a while. The US administration hasn't made any statement on TTIP, but stated that it would pursue bilateral negotiations rather than plurilateral ones like the TPP. Bilateral trade deals still mean trade liberalization, and not protectionism or trade wars. As the official Representative of German Industry and Trade, we advocate for open markets in general - and we encourage the EU and USA to resume trade talks one day, because our economies are enormously integrated. 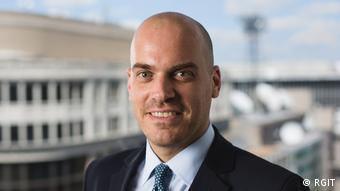 A Trump advisor has attacked Germany for 'exploiting' its trading partners through a 'grossly undervalued' euro. Previous administrations have raised the same argument, but the tone has become more abrasive. Some worry about a potential currency war in coming months. What's your take on this?

The European Central Bank (ECB) defines monetary policy for the whole Eurozone, and it is independent of any EU member state's government. In response to the comments, German Chancellor Angela Merkel has said that Germany cannot and will not exercise any influence over the ECB. We've heard several comments about alleged currency manipulations - regarding Japan, China, and other countries. In his meeting with Japan's Prime Minister Shinzo Abe, Trump said he was sure that a solution for the issue could be found within the framework of the US-Japan economic dialogue. This sounded much more conciliatory than previous statements by advisors.

Another issue is Trump's threat of stiff border tariffs for companies importing goods from Mexico into the US. In an interview, Trump singled out carmaker BMW, which plans to build cars in Mexico. BMW likes to point out that their biggest plant is located in the US. Still, should German companies worry?

US companies warn of trade war with China

US companies operating in China have warned the future administration under Donald Trump against heading toward a trade war with China. They said excessive US import tariffs were likely to trigger retaliation. (18.01.2017)

Daniel Andrich is Representative of German Industry and Trade (RGIT) in Washington. In an interview for DW, he shares his views on the importance of free trade for partners on both sides of the Atlantic. (07.11.2016)

While some of the administration's rhetoric on trade has targeted German companies, we emphasize that Germany is an important partner for the US, especially when it comes to trade, investment, and jobs. German firms have invested $255 billion in the US, creating 672,000 jobs, nearly half of which are in manufacturing. German carmakers in the US have quadrupled their production numbers in the US over the last 7 years, and more than half of these made-in-the-USA vehicles are being exported to other countries. With a manufacturing renaissance high on the administration's economic agenda, Germany's manufacturing model offers an attractive example that politicians of both parties can support. Additionally, the German apprenticeship system is seen in the US as an educational model to be emulated, and companies can emphasize how these types of apprenticeships create the technical expertise necessary to sustain an advanced manufacturing base.

Can you make out a coherent economic strategy yet from Trump's whirlwind of executive orders, announcements and tweets?

We're still at an early stage - most of the administration is not yet in place, and we haven't seen a lot of executive orders in the field of economic policy, apart from the withdrawal from TPP. During his campaign, Trump outlined some areas he'd like to focus on: Trade policy, tax reform, deregulation, and infrastructure modernization. After his election, he said he wants to renegotiate NAFTA, the North American Free Trade Agreement between the USA, Canada, and Mexico. It remains to be seen what exactly this entails. Perhaps it's time to update this 23 year-old deal, and add new topics that have become more important since NAFTA was concluded, for example everything related to digital trade.

On the other hand, a renegotiation should not endanger existing supply chains among the three NAFTA countries. Every dollar of Mexico's goods exports to the US contains 40 cents worth of American-made intermediate products. Jeans sewn in Mexico are fabricated from cotton grown in the US, for example. So maintaining a free flow of products is in the interest of all NAFTA countries.

CEOs of German companies, from Daimler's Dieter Zetsche to Deutsche Bank's John Cryan, have stressed the importance of free trade and open borders. But they have been careful not to directly criticize Trump's statements and policies. Why is that?

Trump's administration has been in office for about a month. His trade team hasn't even been confirmed by the Senate yet, aside from his White House advisors, who don't require Senate confirmation. There are very few concrete policy initiatives on the table which could be commented on. We will continue to advocate for free and open markets, while waiting to see what economic policies this administration ultimately presents, before engaging in an open dialogue with our American counterparts.