Kim Jong Nam, the half-brother of North Korea's leader, was assassinated with a rather exotic, and highly toxic, nerve agent. Banned by international law, VX can kill people who inhale it in minutes. 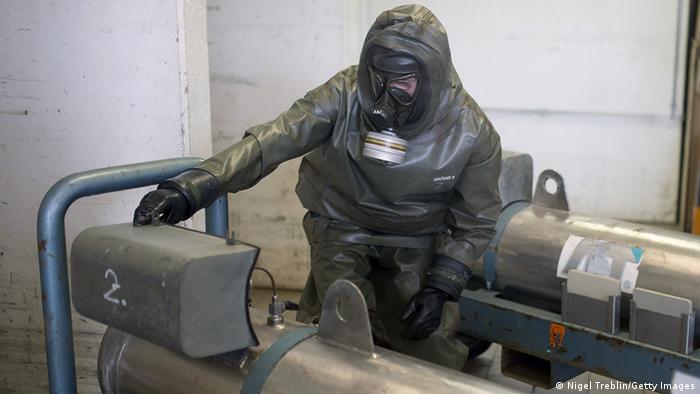 VX is also considerably more persistent in the environment than other poisonous gasses, which is one of the reasons it has rarely been used in military conflicts. It is too dangerous to use near friendly soldiers and can kill people even weeks after a battle is over.

Discovered in search for pesticides

In the 1950s, chemist Ranajit Gosh discovered VX while researching organophosphate compounds for use as pesticides at a laboratory of the Imperial Chemical Industries in Great Britain. A related substance, called VG was marketed as a pesticide for a brief period under the brand name Amiton. But the substance soon was found to be far too toxic to be used in agriculture. 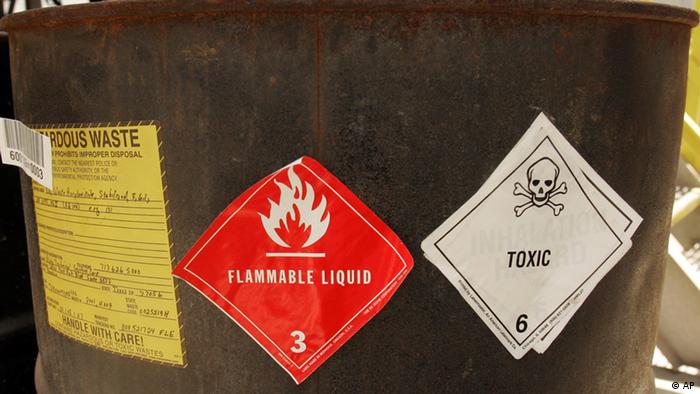 Military research facilities later continued working on VX. The United States started large-scale production of the agent in the 1960s, and the Soviet Union produced its own organophosphate compound, called VR, also known as "Russian VX."

After the Cold War, all nerve agents of the V-group were banned by the Chemical Weapons Convention of 1997, and signatories destroyed their stockpiles.

There are, however, some cases in which VX was suspected or confirmed to have been used as a weapon. Among the most gruesome was the 1988 poison gas attack by Iraqi dictator Saddam Hussein's troops against Kurds in the town of Halabja in northern Iraq. Some 5,000 people, mostly women, children and elderly men, died in the attack. 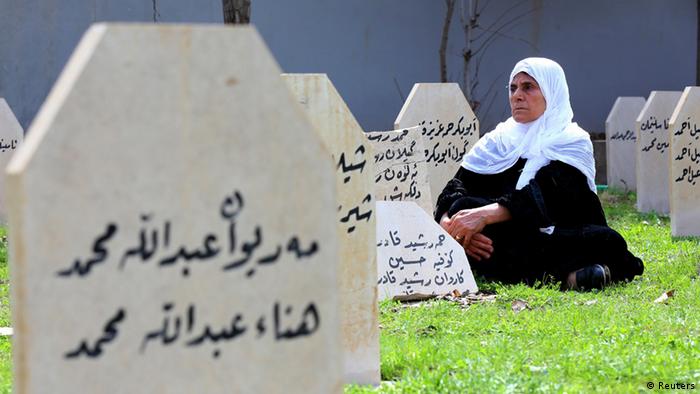 Mourning victims of the 1988 attack on Halabja. Iraqi forces dropped a cocktail of nerve agents on the Kurdish town.

It has not been conclusively proven whether or how much VX may have been used in that attack. Investigators believe the attack involved mainly tabun, sarin and mustard gas. After the invasion of Iraq, US forces found no VX production facilities, but a United Nations Commission was able to detect traces of the agent on remnants of warheads.

The shells may have been "binary chemical weapons," which would have included two different containers with compounds that mixed and reacted during the explosion and generated VX in the process. 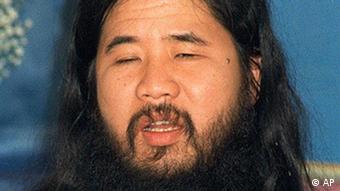 Shoko Asahara, the founder of the Aum cult, killed at least one person with VX and many more with sarin

One undisputed use of the agent occurred when Shoko Asahara, the leader of the Japanese doomsday cult Aum Shinrikyo, synthesized VX in the early 1990s and used the nerve gas to kill an office worker in Osaka. His cult injured two other people in a separate incident. The cult leader became infamous for releasing a sarin gas in the Tokyo subway station in 1995. The attack killed 13 commuters and injured more than 1,000.

The latest known case in which VX was used was the assassination of Kim Jong Nam, the half-brother of North Korea's dictator Kim Jong Un, earlier this month at Kuala Lumpur International Airport.

What does it do? What can be done against it?

VX is an oily liquid. It usually enters the body through skin contact. Although it is considerably more dangerous when inhaled, the work involved in getting VX into an aerosol form is much more difficult for a potential assassin than spraying the liquid.

The substance enters the body fairly quickly. Once in the body, the compound blocks the enzyme acetylcholinesterase, which is essential for the breakdown of the neurotransmitter acetylcholine in the synapses of the autonomic nervous system and in other parts of the nervous systems that control muscles.

As a result, the nerves are constantly being agitated. A victim's nose runs, eyes hurt and vision is impaired. They also have difficulty breathing, start salivating, get muscle cramps, sweat heavily, vomit, lose consciousness, stop breathing and die.

The production of VX is not very difficult for trained chemists with regular laboratory equipment.

Exposure to VX can be treated with atropine, pralidoxime and diazepam. The substances block the poisonous effects of acetylcholine and work to relax over-stimulated muscles.