The VW plant Autoeuropa, one of the main employers in the Portuguese town of Palmela, is set to expand thanks to government investment. But the recent VW emissions scandal in Germany makes for an uncertain future. 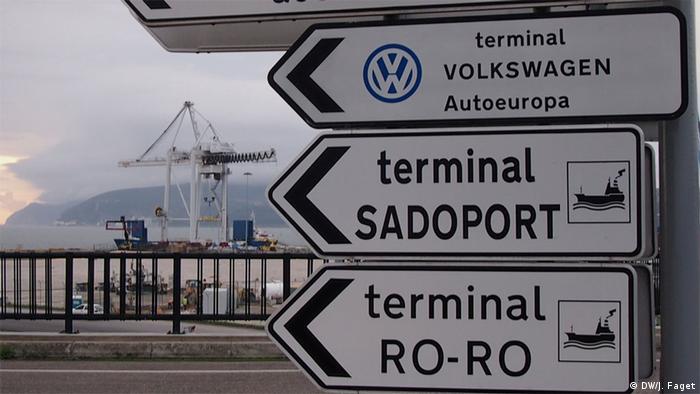 The VW plant Autoeuropa is one of the main sources of employment in Portugal. It is also one of the country´s biggest earners of foreign currency. But even in Portugal, VW is struggling to shake off reputational damage incurred through its recent emissions scandal. Nevertheless, the state is helping the Autoeuropa plant to expand.

António Chora would really rather be doing anything else - building cars, for example. Or what he actually should be doing - calmly negotiating his colleague's new wages with his bosses. Instead, the Portuguese VW plant council chairman finds himself having to defend the reputation of his employer from the ridicule of his friends. 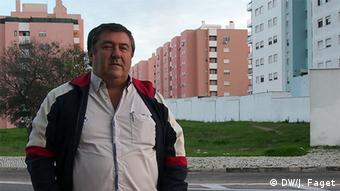 "We have nothing to do with all that, that was someone in Germany," he repeatedly tries to reassure, as he stands at the bar of his local café. The places is called 'A vida é bela', or in English "Life is beautiful' - quite the opposite of what António Chora is going through now.


His colleagues have fitted diesel engines containing the emissions cheating software in thousands of Sciroccos, Eos and Sharans. All of these models are produced at the Portuguese car plant Autoeuropa and exported around the world. "But the engines are already put together when they are delivered to us, we had no idea about the software, asserts Chora. All the same, Volkswagen has become an example of how not to do business in Portugal.

VW could well be described as an economic engine for the Portuguese economy: The plant in Palmela, a town south of the capital Lisbon, represents one percent of the country´s GDP: It accounts for some 3,500 employees, almost 1,000 suppliers - many of them from Portugal - and is the third largest exporter and foreign currency earner in the country. When things are going well for Autoeuropa, the government is pleased. When times are hard for Autoeuropa, Portugal´s Prime Minister is also put in a tight spot. For that reason VW has imposed an absolute news blackout for Portugal. However, it is not hard to see that the damage may have already been done.

Admittedly, Volkswagen has just recently pledged some 670 million in investment for Portugal. That will see the expansion and modernization of the plant in the coming year. Nobody knows, however, which cars will be built at the plant once the old Sharan and Eos models are phased out - or how many. "Currently the plant is not being fully utilized and actually we should have been building a new car this year," says the council chairman. "Hopefully this will change next year."

VW maintains that it is sticking to its plans, the Ministry for the Economy puts it laconically. No further information is given. Regarding the engine software scandal the statements are clear: because this situation has nothing to do with the Portuguese plant, the question of possible subsidy recoveries is also obsolete. Any additional tax demands due to higher exhaust emissions will be examined. 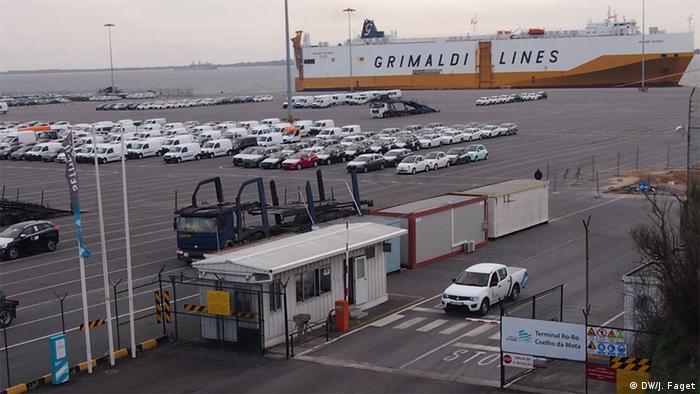 Grants and other financial aid from Portugal have flowed freely and abundantly for VW. For ten years the company, which was founded in 1991, paid no taxes. The bill for costly infrastructure such as the railway line to the loading port was paid with tax money and EU funding.

The plant has expanded over the years and the port must now also grow too. "We are investing three million and have a separate contract with Autoeuropa," says Port Director Vitor Caldeirinha, for which Portugal and the EU will once again pay.

"Of course Volkswagen dictated the rules of the game, because of its economic weight," notes Professor João Duque from the Lisboa School of Economics and Management dryly. The benefits for the country outweigh the subsidies and tax breaks. But VW´s apparent supremacy does worry him: "Portugal needs more than one Autoeuropa plant. Then negotiations would be easier." 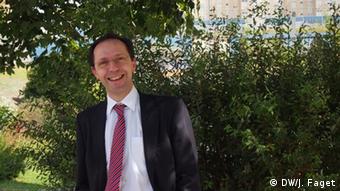 The government has promised Volkswagen new tax breaks worth millions in return for the plant expansion. Protests against this remain confined to the left leaning parties of the political scene. "When such larges companies don't get what they want, they will just go somewhere else," says economics professor Duque.

That would be bad news for Palmela, where the Portuguese VW plant is located. "Before the Germans came, there was terrible unemployment here, hunger even," recalls the council chairman António Chora as he sits in the 'Life is beautiful' café.

Chora argues that VW created good and well-paid jobs, improving the lives of the people in the region. That should not go out of the window just because a handful of criminals tampered with the engines. And it is perfectly clear that the council chairman really would rather be negotiating his colleague's new wages, as opposed to defending his employer.

A German newspaper says revelations over VW's latest emissions scandal came to light because one of the company's engineers broke his silence. Technicians reportedly tampered with CO2 values over a two-year period. (08.11.2015)

VW faces rift between board and works council

Volkswagen's works council chief has sharply criticized the company's board for leaving employees in the dark about the thrust and impact of planned savings measures in the wake of the firm's pollution scandal. (06.11.2015)

An additional 800,000 Volkswagen vehicles have shown irregularities with their emissions, an internal company probe has revealed. The automaker estimated the costs of the latest find at around 2 billion euros. (03.11.2015)