Voters describe intimidation in Turkey’s referendum | News and current affairs from Germany and around the world | DW | 21.04.2017

Turkey’s referendum to expand presidential powers passed by a slim margin, but results are marred by claims of electoral fraud, which the government has so far dismissed. Diego Cupolo reports from Ankara. 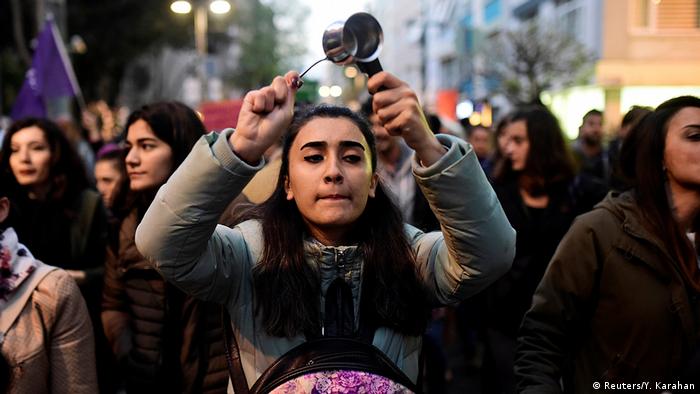 On Sunday, Serkan went to cast his ballot for Turkey's referendum and found someone had already voted using his name. Normally, Turkish voters sign off on a spreadsheet after submitting their votes, but when he arrived at his polling site, Serkan noted the same signature next to dozens of names, including his own.

When he asked the onsite electoral staff what happened, they said an official with the Justice and Development Party (AKP) had visited the polling site beforehand and may have cast ballots that had not been used.

"They didn't let me vote," said Serkan, who gave only his first name for security reasons. "I went to the poll at 1 p.m. Voting closed at four and they probably thought I wouldn't come because I'm a student in Istanbul," he told DW.

Serkan filed a complaint with the district electoral board, but by the end of the voting period, he was unable to cast a ballot. His claim of voter fraud is one of thousands that have tainted the results of the Turkish referendum, which passed by a narrow 51.4 percent to concentrate governing power under the presidency, currently held by Recep Tayyip Erdogan.

Attempts by Turkey's main opposition party, the Republican People's Party (CHP), to have the referendum result annulled have been dismissed by the country's electoral commission. The party has now filed a court appeal against the electoral body's decision to accept un-stamped ballots.

The referendum put forth a simple "Yes" or "No" vote on whether to pass 18 constitutional amendments, but results have been met with scrutiny and further questions from opposition parties and international observers.

The vote took place under an ongoing state of emergency following last year's coup attempt, and campaigns in the lead up the referendum were found to be conducted on an "un-level playing field" that favored the "Yes" vote, as stated by the Organization for Security and Co-operation in Europe (OSCE).

"It's not only the election, it's the whole process to the election. The whole campaign was imbalanced," said Andrej Hunko, a Council of Europe observer during the referendum. "All the irregularities together may have changed the outcome."

Read: 'Worse than the referendum itself' is Turkey's tragic polarization

Hunko, an MP with Die Linke, told DW he was temporarily barred from entering polling sites twice in southeast Turkey, despite being invited by the government to monitor the referendum. He also reported the presence of armed security forces at many polling sites, which may have intimidated voters. 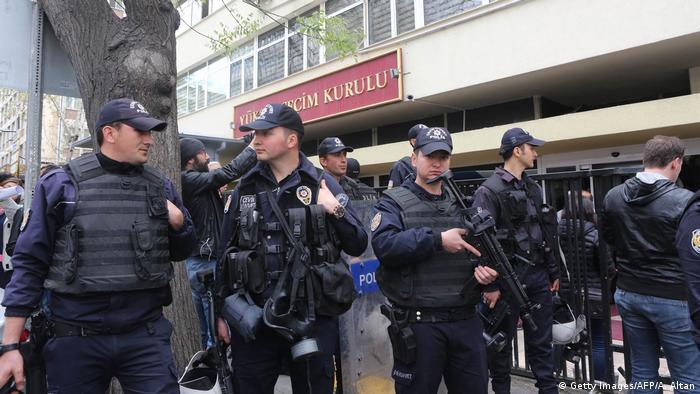 There have been widespread claims of voter intimidation during Sunday's referendum

Nihat, an HDP monitor in Sanliurfa who gave only his first name, said people were voting openly, outside of curtained areas at his polling site, advertising their choices and taunting other voters. When Nihat informed the voters that such conduct violated voting laws, he said the voters physically assaulted him.

"They punched and kicked me and my friend," Nihat said, who was forced to leave the polling site and abandon his observing duties.

He eventually returned later in the day to cast his own vote, and found people were still casting ballots openly. By the end of the day, his polling site would register 356 "Yes" votes and 47 "No" votes.

"There should have been more 'No' votes, but people were scared to show who they supported because of the threats and the pressure," Nihat told DW.

In another polling station in rural Erzurum, Newroz, also an HDP observer, said he hadn't "seen so many irregularities and pressure in past elections." Before the referendum day, he said security forces had told villagers they would not be allowed to graze their livestock if they voted "No."

While looking over the voting logs, Newroz also said he discovered that a recently deceased town resident had cast a ballot on Sunday.

"So many people submitted more than one vote," Newroz told DW. "Some people voted on behalf of their family members." 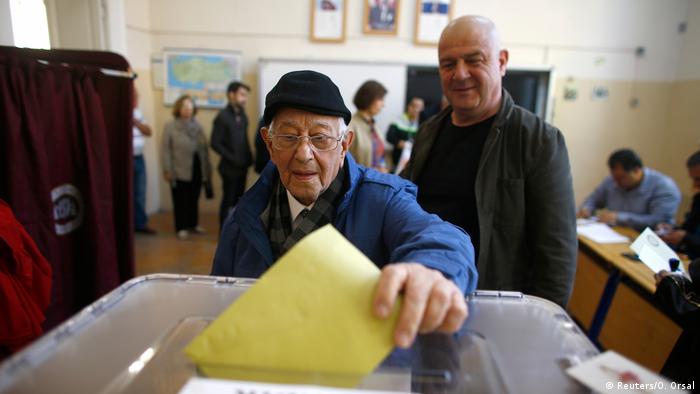 More uncertainty was cast on the referendum when the High Electoral Board (YSK) made a last-minute change to the ballot validity criteria. As voting was underway on Sunday, the board said it would accept ballots without stamps, which were used to trace votes back to the ballot boxes in which they were submitted.

Without providing a rationale at the time of the decision, the YSK stated un-stamped ballots would be deemed valid, "unless it can be proven that they were brought from outside the voting room." YSK officials have since stated the ruling was made to insure voters weren't disenfranchised.

Read: Erdogan left with a divided Turkey after referendum

Hunko, with the Council of Europe, said the exact number of un-stamped ballots counted in the referendum remains unclear, but their potential impact is cause for concern.

"I've seen a map of the distribution of un-stamped ballots and most of them were in the southeast," Hunko said. "We did not observe any concrete manipulation, but this, of course, opened the door."