The top two directors at Voice of America have resigned as President Donald Trump's appointee takes charge of the organization overseeing VOA, sparking fears about the independence of the government-funded media outlet. 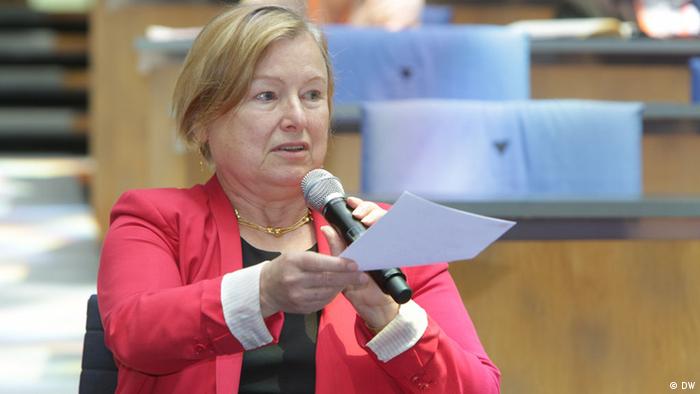 Voice of America (VOA) director Amanda Bennett and her deputy Sandra Sugawara jointly quit on Monday following sharp criticism from President Donald Trump and the confirmation of his ally, Michael Pack, as the new head of the organization which oversees the US media outlet.

The state-funded broadcaster is directed at audiences outside the US and produces news in 47 languages.

Bennett and Sugawara said Pack has the right to name his own team of leaders as he prepares to take the reins at the US Agency for Global Media. The two veteran journalists did not address the conflict with Trump, which saw the White House accuse VOA of promoting foreign propaganda.

Addressing the VOA employees in their resignation letter, Bennett and Sugawara said that "nothing about you, your passion, your mission or your integrity, changes" with Pack's takeover.

"Michael Pack swore before Congress to respect and honor the firewall that guarantees VOA's independence, which in turn plays the single most important role in the stunning trust our audiences around the world have in us," they said.

Pack, a one-time associate toformer Trump adviser Steve Bannon, has been proposed for the position by President Trump. The Senate confirmed Pack earlier this month despite resistance from Democratic lawmakers.

Some Trump aides have long viewed VOA as an element of a "deep state," according to the AP news agency. However, the conflict between Trump's aides and VOA went public in April, when Trump's social media adviser Dan Scavino slammed a Twitter post by VOA as "China's very own propaganda" and a "DISGRACE!!!"

The post showed a video about the reopening of Wuhan, the Chinese city where COVID-19 is believed to have originated. It also linked to a report written by the AP, in which the US agency says the Wuhan lockdown "served as a model" emulated outside China.

"VOA too often speaks for America's adversaries — not its citizens," the White House said. "Journalists should report the facts, but VOA has instead amplified Beijing's propaganda."

'The things they say are disgusting'

Responding to the White House claims, Bennett said that VOA had "thoroughly debunked much of the information coming from the Chinese government and government-controlled media" and linked various VOA stories supporting the claim.

"One of the big differences between publicly-funded independent media, like the Voice of America, and state-controlled media is that we are free to show all sides of an issue and are actually mandated to do so by law," she wrote.

Trump personally weighed in mid-April, saying that Pack would "do a great job" supervising Voice of America.

"And if you heard what's coming out of the Voice of America, it's disgusting," Trump said. "The things they say are disgusting toward our country."