Vlaho Orepic: ′The Balkan route is formally closed′ | Europe | News and current affairs from around the continent | DW | 12.02.2017

Interior Minister Vlaho Orepic says Croatia does an effective job of guarding an EU periphery. He also told DW that he does not believe refugees' accusations of routine mistreatment at the hands of Croatia's authorities. 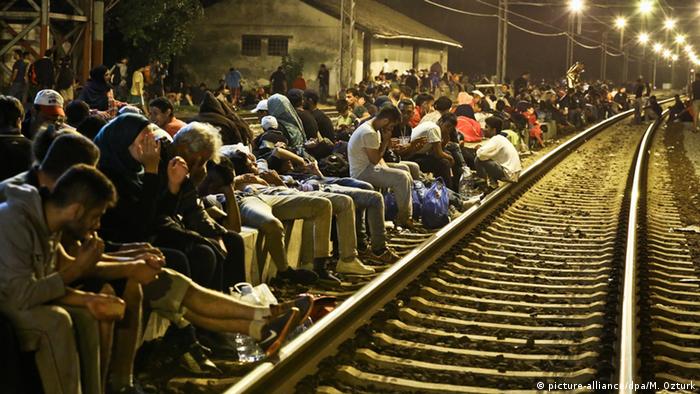 Vlaho Orepic, a member of the big-tent right-wing Most bloc in Croatia's governing coalition, has been interior minister since January 2016. He was in favor of closing the commonly used Balkan land route to refugees headed for wealthy EU countries from the beginning.

DW: Thousands of refugees from Syria, Afghanistan and other war-hit countries are currently holding out in Serbia in very bad conditions. They are hoping somehow to make it over the border into Croatia or Hungary and then travel on to Austria or Germany. Is that a realistic hope?

Vlaho Orepic: The Balkan route is formally closed. What is going on now at the borders outside the Schengen zone are illegal and criminal practices. This is human trafficking. It has nothing to do with the refugee problem.

Do you have a good working relationship with Serbia?

I have visited the neighboring countries because it is only by working well together that we can effectively combat the illegal practices. It's important to counter these practices. The best way to do this is through good, sound work at the borders and the systematic deportation of individuals who have crossed the border illegally. There's every reason to doubt whether these are asylum-seekers at all. You can talk about asylum if someone comes from an unsafe country to a safe one, registers there and receives protection. But people are coming to us who were already in safe countries, but who don't want to register anywhere until they've reached the country they were aiming to get to. What we're talking about here are not asylum-seekers but economic migrants.

Your government has maintained that there are no plans to erect a fence, although neighbors like Hungary and Slovenia have put up barriers along their borders with Croatia. Will you stick by your position in future? 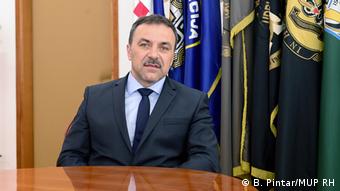 Orepic advocates the removal of people who attempt to enter Croatia unauthorized.

You don't solve any problems with a fence. What are we supposed to do if a fence isn't enough? Put up new fences within the fence? No. You control the borders and, at the same time, help people who are seeking protection. That has to be done on a basis of mutual respect: They should accept our rules and norms, and we should be mindful of their hardships and needs.

The EU decided on an admission quota for refugees. Is Croatia abiding by the agreement?

Croatia supports the common European security policy, and we work very well with the EU authorities like the European Border and Coast Guard Agency, Frontex. We guard the EU's external border, and we do so very successfully. At the same time, we also fulfill our obligations when it comes to taking in refugees. We are supposed to take in 1,563 refugees. The problem, though, is that the people don't want to come to Croatia. So far we have taken in 19 people on the basis of the agreement, and we're in the process of fetching 30 refugees from Greece and 20 from Italy. We would be happy to fulfill the entire quota, but we aren't able to do so: They want to travel on. For them, Croatia is just a transit country.

There have been complaints about conditions at the central refugee center near Zagreb. What do you say to this?

It's not true. The people housed in the Porin refugee center have better conditions than in 90 percent of the schools in Croatia. The rooms are better equipped than most of the student hostels in the country. We, and the EU, are endeavoring to match the standard to the living standard of people in the country - but many Croatian citizens live in worse conditions than migrants. The allegation is false.

Nongovernmental organizations report that refugees are sometimes treated brutally at the border between Croatia and Serbia: They've apparently been beaten, abused and robbed and then sent back to Serbia without being given a hearing. What are you doing to prevent this?

We've spoken with these nongovernmental organizations, and we're making every effort to work with them. We will investigate all such allegations. If we establish that someone has overstepped his authority in this regard, he will be sacked. Such people cannot be police officers in Croatia. But I don't believe the accusations are true. We protect the border very successfully, and that's driving the human traffickers to despair. Now they're trying, in a way, to manipulate the NGOs with false witness statements to incite the public against the police, and thus be able to continue their activities. But we will not allow that to happen.