Berlin Mayor Franziska Giffey spoke for 15 minutes with a man posing as Kyiv Mayor Vitali Klitschko. But then the suspicion arose that her counterpart was a deepfake. 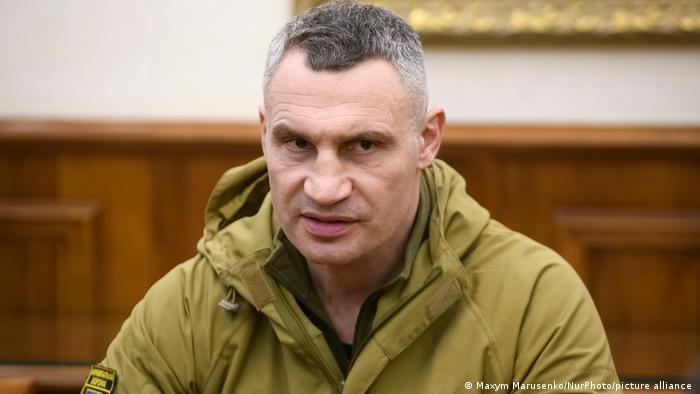 A video call between Berlin Mayor Franziska Giffey and a man pretending to be Kyiv Mayor Vitali Klitschko broke off as suspicion grew he was an imposter, the Berlin Senate Chancellery said on Friday.

"There were no reference points that the video conference was not being conducted with a real person. Apparently, it is a deepfake. Police have been called in to investigate," the chancellory wrote on Twitter.

According to Giffey's spokesperson, Lisa Frerichs, the first 15 minutes of the conversation between the Berlin mayor and the imposter were completely unremarkable.

"The supposed Mr. Klitschko asked how we are doing with the many Ukrainian refugees, how we are dealing with it, what the numbers are — a completely normal conversation, as we had expected," she said of the video call, which had been planned days in advance.

Giffey's doubts arose when the person wanted to talk about Ukrainians "trying to obtain social benefits in Berlin," Frerichs said.

"And there was a request that we might take actions through the authorities to support young men going back to Ukraine to fight," the mayor's spokeswoman added.

Frerichs said the last topic, on gay rights, was even more unusual: "He asked if we could support Kyiv  in an advisory capacity to host some kind of CSD (Christopher Street Day). That was quite strange in light of the war."

The connection was then terminated or broken off, according to the mayor's office. The mayor's administrative staff later said in a tweet that Ukraine's ambassador to Germany, Andriy Melnyk, confirmed that Giffey had not spoken to Klitschko.

"Unfortunately, it is part of the reality that the war is being waged with all means — including online, in order to undermine trust with digital methods and to discredit Ukraine's partners and allies," Giffey said.

Real Klitschko is ready for a talk

The German mass-market daily Bild has contacted the Kyiv mayor, who expressed the hope that he can speak with Giffey via official channels soon. "I don't need a translator either," said Klitschko, who lived in Germany for years.

Giffey thanked him on Twitter, noting that the imposter had asked to be able to speak Russian with translation because there were allegedly non-German speaking employees around him.

Frerichs said there had been no obvious indication that Giffey was not speaking to a real person, but that in retrospect the person purporting to be Klitschko was probably a "deepfake."

"There was someone sitting across from us who looked exactly like Vitali Klitschko," she said.

Deepfakes can take the form of technically sophisticated videos that appear to realistically depict the speech and actions of an actual person.

The dangers of deepfakes