A tiny shark has German biologists scratching their heads. She's producing offspring, despite having no male partner. Scientists have solved some parts of this reproduction puzzle, but questions still remain. 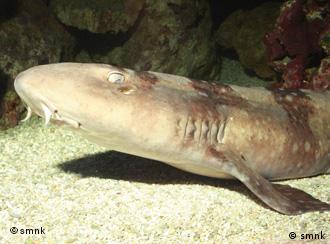 The whitespotted bamboo shark, nicknamed Little Mary, was given to the Natural History Museum in the southwestern German city of Karlsruhe as a gift more than a decade ago. Since then she has become a bit of a sensation in scientific circles.

In 2001, the small, black and brown shark began laying eggs. This in itself is no great feat in nature; many animals, including reptiles, birds and other sharks will lay unfertilized eggs. Johann Kirchhauser, biologist in charge of the museum's aquariums, along with the rest of his colleagues assumed the eggs would remain unfertilized, since there was no male shark in the tank.

But Little Mary proved them all wrong. Despite her lack of a partner, several of the 20 eggs she laid developed into embryos. Ultimately, four tiny sharks successfully developed and hatched from those eggs. 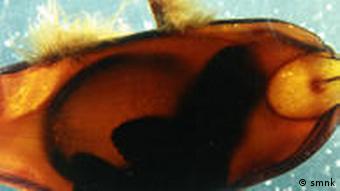 Of the original 20 eggs, four developed into embryos

Kirchhauser sought an explanation for the miraculous births. A specialist told him that some sharks have the ability to store sperm in a special organ, known as a shell gland, to use later. Cat sharks, for instance, have been known to do it for up to two years.

The bamboo shark had been living at the Karlsruhe aquarium for five years. "It seems that makes her a world champion in terms of sperm storage," Kirchhauser told Deutsche Welle.

Much to the museum's amazement, the bamboo shark continued to produce offspring - in 2002, 2003, and 2004. Then, suddenly, the eggs stopped developing into embryos. 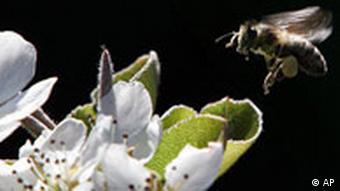 Many insects, including certain honeybees, can reporduce via parthenogenesis

The biologists assumed the sperm supposedly stored in the shark's shell gland had dried up but Little Mary continued to prove she still had a few surprises left in her. In 2009, she managed to produce one viable egg.

Kirchhauser and his colleagues were stunned. If Little Mary were, in fact, using stored sperm, it meant that she had managed to keep it usable for over 13 years, something completely unheard of.

Things began to make a little more sense after the team learned some new information about shark reproduction which was recently unearthed. In 2008, scientists in the United States documented the case of a hammerhead shark that had reproduced without the use of sperm. This form of asexual reproduction is called parthenogenesis, and while insects and other less developed life forms often use the technique, it's extremely rare in vertebrates.

Suspecting this might be the key to the mystery, the biologists in Karlsruhe took some DNA samples from Little Mary and several of her offspring. Their DNA proved to be identical, showing that parthenogenesis had indeed taken place. 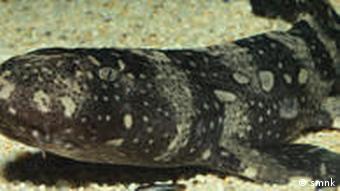 The baby sharks only carry their mother's DNA. No male DNA is present

It's the first documented case of asexual reproduction in sharks in Europe and it has stunned the scientific community. And the story now has yet another twist. Kirchhauser's colleague Michael Speck said that while they may now know how Little Mary is reproducing, it doesn't explain how one of the 14 young that hatched had male characteristics.

"It had claspers on the edge of its pelvic fins. During copulation, claspers transfer sperm to the female shark," explained Speck.

If this baby shark does, in fact, turn out to be male, it will add to this amazing discovery. Scientists currently believe that it is impossible for a female to produce a male through parthenogenesis. "We're not sure whether it is a real male," Speck added.

According to Kirchhauser the reproduction of most shark species has long perplexed scientists. In addition to the hammerhead birth two years ago, there have been two other reported cases of shark parthenogenesis in the United States, including a bonnet shark in 2001 and a whitespotted bamboo shark in 2002. But they probably weren't the first. Biologists had always assumed the sharks were using sperm storage, so it's unknown when the first actual case of this type of reproduction occurred in captivity.

Sharks in the wild are no different. Female and juvenile white spotted bamboo sharks are often found on isolated reefs with no male sharks in site. Great white sharks mating and birthing habits are also a complete mystery to science. And the mating sites and practices of the largest shark on earth, the whale shark, which gives birth to live young, are unknown.

According to the biologists in Karlsruhe, the next step will be to dissect Little Mary's seemingly male offspring, which died just one week after hatching, to determine its gender. And they'll continue to make sure its miraculous mother stays healthy and happy on her diet of shrimp and prawns.

Wildlife pathologists in Berlin are testing European bats for the presence of a fungus that has been linked with the deaths of over a million bats in the US. The research could help the US populations avoid extinction. (19.02.2010)

Setting the Record Straight on Sharks

Environmentalists have warned for years that shark stocks are declining with frightening speed. Now, a lobby of shark lovers is shaping up to save the sharp-teethed creatures, in part by improving their mean image. (05.03.2003)