A Virgin Galactic aircraft flew high enough to breach the US Air Force-defined boundary of space before landing safely back on Earth. Company owner Richard Branson hopes to fly passengers to space by March 2019. 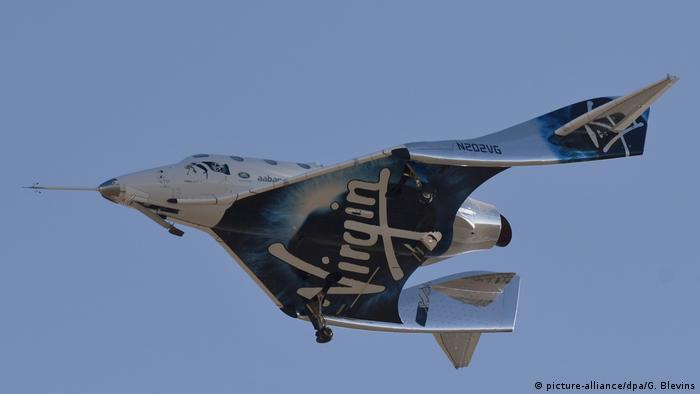 A commercial aircraft made by Virgin Galactic reached the height of 51.4 miles (82.7 kilometers), enough for its two test pilots to experience weightlessness and see the curvature of the Earth, in a record-breaking flight on Thursday.

The rocket-propelled plane then re-entered the Earth's atmosphere at 2.9 times the speed of sound and landed safely on a runway in California's Mojave Desert.

"Today we have shown Virgin Galactic can open space to the world," company owner Richard Branson said while welcoming the pilots after landing.

Thursday's flight marks the first time that the company's aircraft has breached the altitude of 50 miles (80 kilometers), which the US Air Force considers to be the boundary of space. However, many other agencies define the space boundary as 100 kilometers (62 miles) above the Earth's surface.

Virgin's first experimental spacecraft failed during a 2014 test flight, with one of the pilots losing his life.

On Thursday, a special carrier plane brought the company's SpaceShipTwo rocket plane to an altitude of 13.7 kilometers, when the spacecraft detached and activated its engines to reach its maximum altitude. The rocket-powered vehicle seats six passengers and is 18.3 meters (60 foot) long, with an 8.3-meter (27-foot) wingspan. During the test flight, it carried four NASA research payloads and a mannequin named Annie as a stand-in passenger. 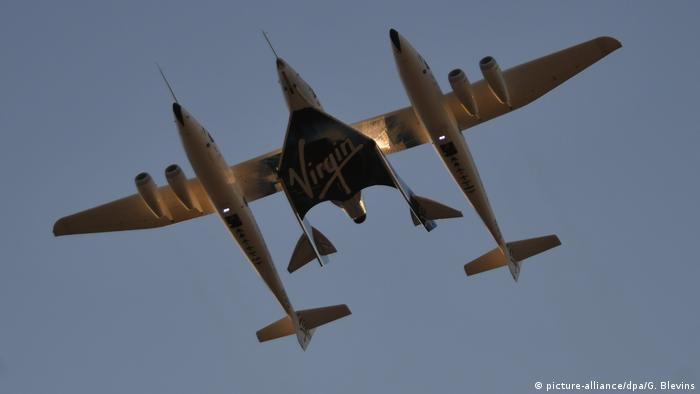 After the test flight, Branson said he was aiming to make the first commercial flight as early as March 2019.

The UK billionaire is under pressure from other companies pushing their own commercial space flight programs, including Blue Origin backed by Amazon founder Jeff Bezos, SpaceX managed by Elon Musk, and Boeing's partnership with a company named Space Adventures to ferry tourists on suborbital flights.