Protests in the western French city of Nantes grew violent as police fired tear gas in clashes with protesters. At least 18 people have reportedly been arrested by police. 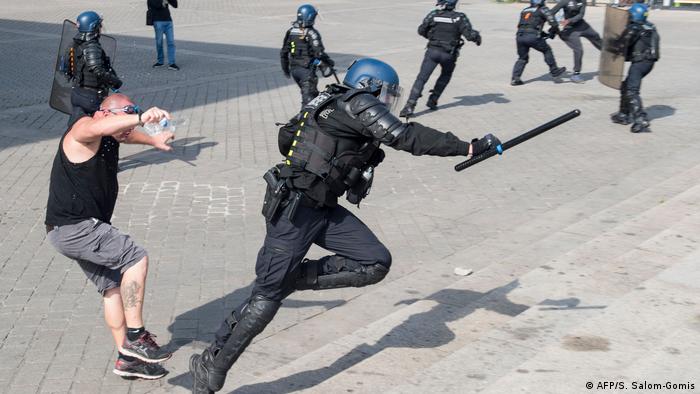 Police and hundreds of protesters clashed Saturday in the western French city of Nantes, as revived "Gilets Jaunes" (yellow vest) protests against the government of French President Emmanuel Macron took place across the country.

According to media reports, police in Nantes fired multiple tear gas rounds after some demonstrators threw projectiles. By the afternoon, at least 18 people had reportedly been arrested by police.

The French daily Le Monde reported that police found at least 20 Molotov cocktails, 10 small projectile devices, fireworks and fire extinguishers near the assembly point in the west of the city.

The demonstrations are similar to those that took place in August in Nantes over excessive force by police following the death of 24-year-old Steve Maia Canico, whose body was recovered close to where he was last seen alive at a dance party by the Loire River on June 22.

The exact circumstances of his death remain unclear, but more than a dozen people fell into the river when police moved in using tear gas to break up the party. 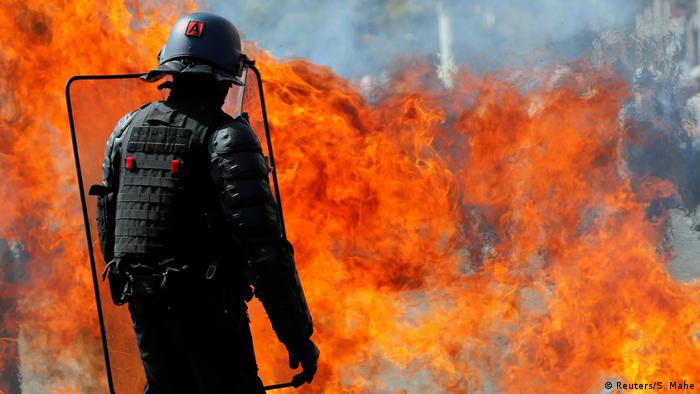 Yellow vests on the march

Other yellow vest protests were reported to be taking place Saturday in Toulouse, Nancy, Lyon and Paris.

The yellow vest demonstrations began in November 2018 as a protest over fuel tax increases but have since transformed into a larger revolt against economic inequality and what protesters consider to be social injustice perpetrated by the government.

Saturday's protests mark the 44th weekend that demonstrations have taken place. They have badly damaged the popularity of President Macron.

Macron has tried to ease the tension with by promising reforms to boost minimum wage and to lower taxes. However, Macron is meeting heavy resistance over a current government scheme to reform the pension system that has drawn protest from French unions.