Violence defeating politics in southeastern Turkey | World | Breaking news and perspectives from around the globe | DW | 19.08.2016 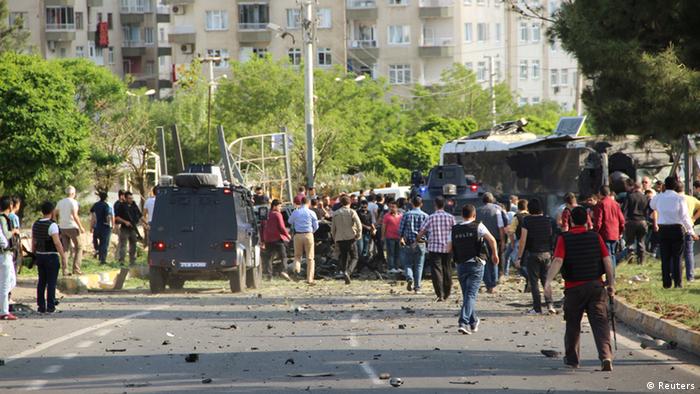 A recent increase in Kurdistan Workers' Party (PKK) attacks in Turkey is creating a new wave of violence in the region. Casualities continue as the PKK moves from bombing rural areas to urban centers. The region appears to have once again fallen victim to the politics of weapons after the pro-Kurdish Peoples' Democratic Party (HDP) was made a political outcast. Experts say the government must reestablish dialogue with the HDP and take positive steps towards improving conditions for incarcerated PKK leader Abdullah Ocalan, or the violence could continue.

The PKK's increased focus on attacking urban centers following the July 15 coup attempt has heightened tension in the region. Following the attacks in Mardin and Diyarbakir last week, other eastern cities including Van, Elazig and Bitlis were shaken by explosions this week. Three people, including a police officer, were killed in a bombing attack on police headquarters in Van. Another attack on the Elazig provencial police headquarters left three police officers dead and 146 people wounded. The same day, five soldiers and a village guard were killed in the town of Hizlan, in Bitlis province, when an armored military vehicle was attacked. In total, 12 people were killed and 287 wounded in a 24-hour wave of violence. 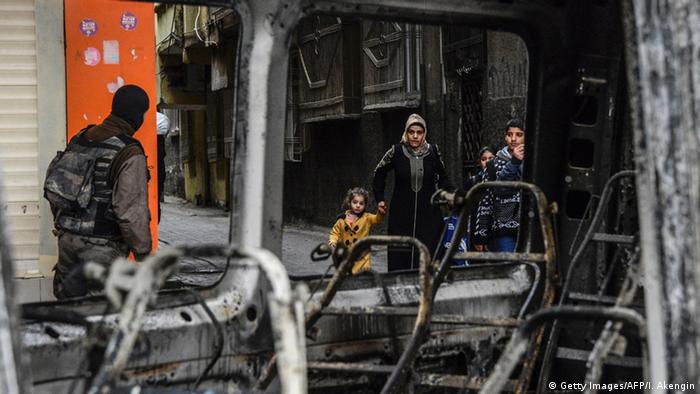 Diyarbakir has been the site of renewed violence in 2016

What does this renewed violence, in a region where organization suffered heavily following the trench warfare last year, mean for the country?

A recent statement by Cemil Bayik, Executive Council co-chairman of the Kurdistan Communities' Union (KCK) umbrella organization, said the war would spread to urban centers. Bayik said the PKK's new strategy came in response to what he called the Turkish government's dirty tactic of destroying cities.

According to Mehmet Kaya, chairman of the Diyarbakir-based Dicle Communal Research Center (DITAM), the spike in violence is no surprise. Peace talks were abruptly abandoned after the elections on June 7 last year, and a trench warfare campaign began immediately after. This caused massive destruction in the region, said Kaya, adding: "In this period, the government adopted new urban security policies and the PKK revised its fighting style."

Kaya expressed concern about the rise in PKK terror attacks on urban centers targeting civilians, along with the military and the police.

"Attacks in cities like Elazig, where the Turks and the Kurds coexist, are laying the foundation for a possible Turkish-Kurdish confrontation," he said. "The government must take steps to diffuse this very dangerous development and end the conflict. The recent exclusion of the HDP from political channels, along with the arrest of many Democratic Regions Party (DBP) administrators and the appointment of trustees to local city governments caused weapons to override the political process."

The exclusion of the HDP is disappointing to the Kurds, added Kaya, and the government must create a new dialogue mechanism as soon as possible to prevent such attacks. The government must also provide the PKK with information about its jailed leader Ocalan to help see an end to the violence, he said. 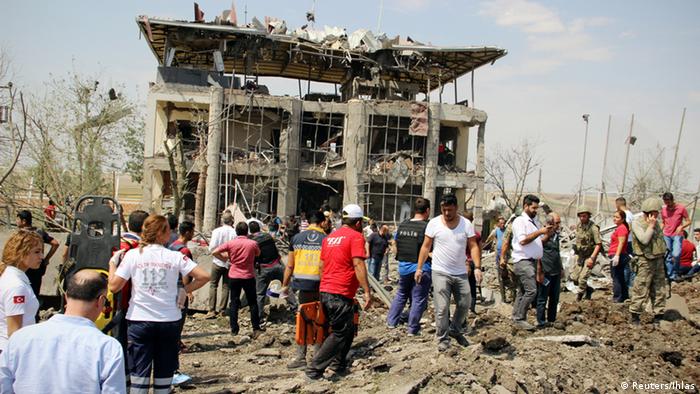 Doctor Nihat Ali Ozcan, strategy expert for the Turkish Economic Policies Research Foundation (TEPAV), says there are obvious state security risks for Turkey following the failed coup. The uprising within the Turkish Armed Forces (TAF) has shaken the command and control hierarchy, he argues. The government's recent changes in TAF structure is potentially problematic, especially regarding trust between the military, the police and the gendarmerie, Ozcan added.

"Deterioration in the morale and motivation of the security forces is likely. The PKK is taking advantage of the situation and carrying out attacks to gain the upper hand," he said, adding the intensified violence in city centers can be interpreted as a message to the local population to stay away from "the police and the gendarmerie."