Eyewitnesses report massive vote rigging and manipulation in Kano state. Independent observers were prevented from doing their job. The opposition plans to challenge the result. 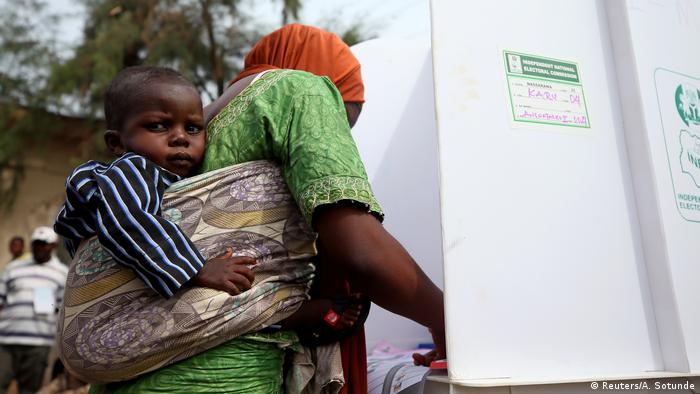 All Rukayya Abba wanted to do on March 23 was cast her vote. But the scene she came across in the village of Bichi quickly made her change her mind. "There were armed thugs everywhere," she said. "We didn't vote because we were afraid of getting killed."

There were similar stories from other parts of Kano state, from people who had also wanted to take part in the postponed governorship elections. The two-week postponement affected 128,000 people in 28 administrative districts.

It appears that many of them were deliberately prevented from taking part, like Rukayya Abba. "Thousands of thugs, armed with machetes, cudgels and other weapons, including knives, were surrounding each of the polling units, threatening people and finally forcing a change of results by taking over the electoral process," Jibrin Ibrahim, an election observer with the NGO Center for Democracy and Development, told DW.

Writing in the Premium Times newspaper, he said one of the election assistants had confided in him that he followed instructions to go to the polling station the evening before the election. In the night, police used teargas to force the helpers out in order to check their identity papers, he said. 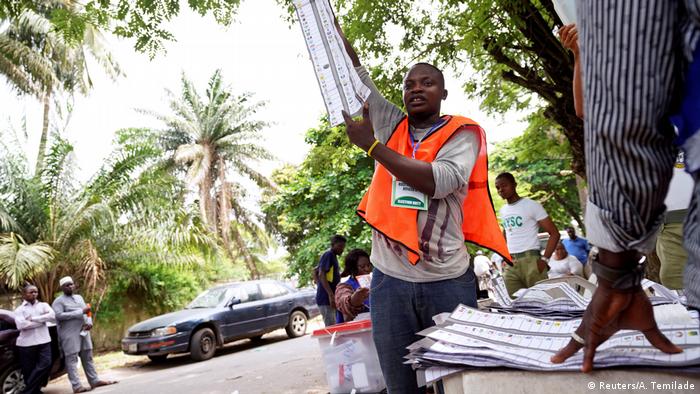 There has been widespread criticism of many of the election results

On election day, according to the election assistants, thugs had first chased away the helpers of the opposition PDP party, before stuffing fake papers in the ballot boxes and putting a second thumbprint on papers in favor of the PDP, thereby invalidating them. Election assistants were told they would be killed if they didn't go along with the rigging and confirm the false results.

Such events had not been predicted, Ibrahim said. Previous elections had gone off relatively peacefully. "The assumption was that the governor was trying to win by bringing development projects to the voting areas. He had dug boreholes, he had rehabilitated clinics and people thought that was all that was going to happen. And that at the end of the day it would be the citizens who [decided]," Ibrahim said.

After the initial election on March 9, the electoral commission annulled the results from several constituencies. At that stage incumbent governor Abdullahi Musa Ganduje was trailing, but not by so much that he had clearly lost. Ganduje is a member of the APC, the party of President Muhammadu Buhari.

Last Saturday's follow-up poll turned into a disaster. Election observers and journalists experienced massive intimidation. The European Union's observer mission said its 20 members in Kano did not have free access across the state. Anyone trying to take photos or conduct interviews was attacked, said DW correspondent Nasiru Salisu Zango, who described the election as the worst he had ever experienced. A colleague, Mu'azu Muhammad, was beaten up in the northeast of the state when he tried to check some cars. He had already seen that the number plates were from outside the state, Zango said. A BBC colleague had to seek refuge in the house of the district administrator.

"We are all trained journalists," Zango said. "We know what we should do or not do. We were there because we had accreditation for the election." The police had been divided, he continued. They had taken some journalists out of the danger zone but the police did nothing to counter the intimidation of voters. 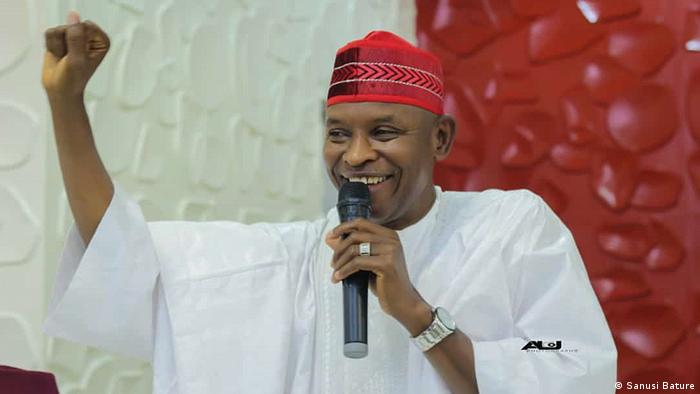 Elections were also held in other states last Saturday, with the situation remaining relatively peaceful. No one had expected any trouble in Kano, said Alhassan Mahmoud from the Center for Democracy and Security. "All northern Nigerian states are proud of Kano; smaller states like Sokoto, Benue and Adamawa emulate whatever political precedent Kano sets. But this time Kano got it wrong."

And Kano was quick to announce a result. The electoral commission announced incumbent governor Abdullahi Umar Ganduje the winner, with a margin of just under 9,000 votes. The PDP said it would dispute the result. It considers its candidate to be the winner as he had been leading after the March 9 poll. Observer Alhassan Mahmoud also rejects the results and has called for the second poll to be annulled. "I would not call this an election but electoral malpractice and manipulation in favor of Ganduje," he said.

Jibrin Ibrahim‘s Center for Democracy and Development speaks of a clear blow for Nigerian democracy. It is regrettable that the voluntary helpers who had confided in him now no longer want to be part of the election process, Ibrahim wrote in the Premium Times. He has called on other election helpers to come forward with their stories.

Uwaisu Idris and Nasiru Salisu Zango contributed to this article.

International observers have condemned accusations of violence and intimidation during the highly-contested state elections. State governors wield a considerable amount of power and influence in Nigerian politics. (11.03.2019)

After being declared winner of the Nigerian presidential election by a margin of nearly 4 million votes, President Muhammadu Buhari has said it was a free and fair win. The man who came in second place disagrees. (27.02.2019)

As many as 39 people have been killed following Saturday's presidential election, civil society groups have said. Electoral authorities are expected to announce the winner of the vote on Monday. (25.02.2019)