After being declared winner of the Nigerian presidential election by a margin of nearly 4 million votes, President Muhammadu Buhari has said it was a free and fair win. The man who came in second place disagrees.

How free and fair was Nigeria's presidential election?

Nigerian President Muhammadu Buhari on Wednesday said it was "obvious" that the presidential election was "free and fair" as he called on his supporters "not to gloat or humiliate the opposition."

His losing opponent, Atiku Abubakar, a billionaire former vice president who campaigned to "make Nigeria work again," rejected what he called a "sham election" and said he would challenge the results in court.

"On election day, we saw the implementation of grand theft of the people's will," he added.

Abubakar said that if the vote had been fair, he would have called the president to concede immediately. Instead, he alleged malpractice in many of Nigeria's 36 states.

"If I had lost in a free and fair election, I would have called the victor within seconds of my being aware of his victory to offer not just my congratulations, but my services to help unite Nigeria by being a bridge between the north and the south," he said in a statement. 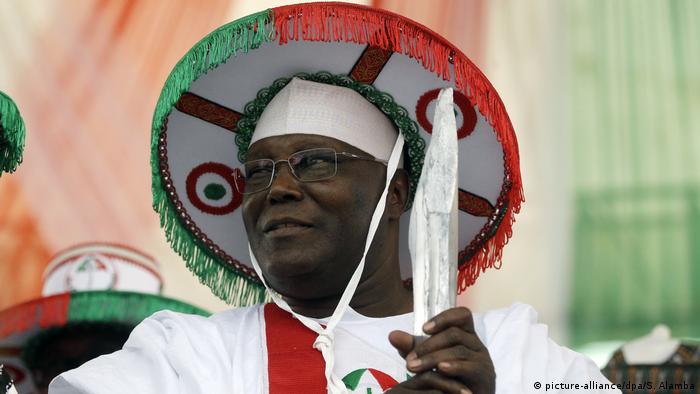 "In 2019, it is sad to see those who trampled on democracy thumping down their noses on the Nigerian people," Atiku said. "We will not allow democracy to be emasculated. I hope and pray Nigerians will someday summon the courage to defend democracy."

The Supreme Court of Nigeria has never overturned a presidential election. Buhari himself lodged appeals in 2003, 2007 and 2011 but lost on all three occasions.

Saturday's election had been scheduled for the weekend before, but was stopped at the last minute. In the intervening week, 47 people were killed, according to the monitoring organization The Nigeria Civil Society Situation Room, which expressed concern over the conduct of the election.

What does Senegal have in common with Nigeria regarding elections? Very few, if any at all. The former is regarded as a stable democracy, the latter is not. But experts say Abuja and Dakar can learn from each other. (27.02.2019)