A vintage bottle of vin jaune wine from France's Jura region has set a new record at auction. The 1774 wine sold for almost double the previous highest price paid for a "vin jaune." 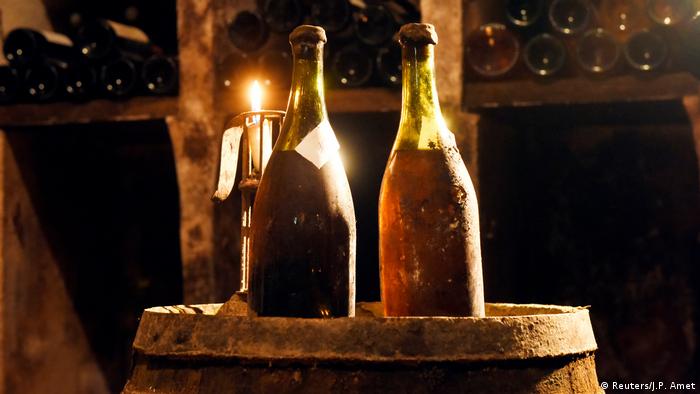 One of the oldest bottles of wine in circulation was sold for a record €103,700 ($121,000) at an auction in eastern France on Saturday. Two other bottles of the same vintage also hit new highs. They were produced by the winemaker Anatoile Vercel and kept by his family in a cellar in France's Arbois region, the capital of Jura wines, near Switzerland, for more than two centuries.

"I didn't think that these bottles would sell for so much. The last record set in 2011 was €57,000," said auctioneer Brigitte Fenaux from the Jura Encheres auction house which conducted the sale. 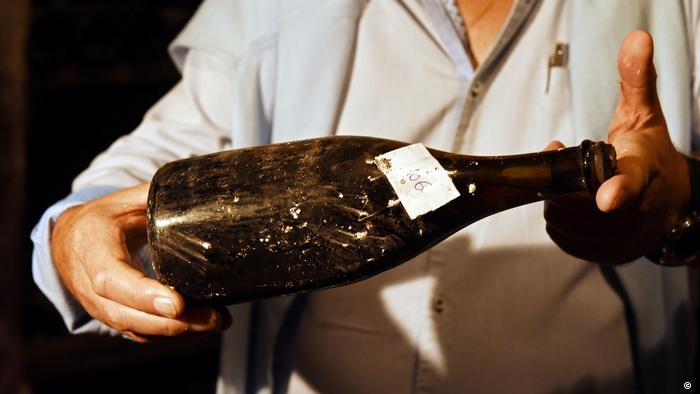 The wine bottle before the auction

Two other bottles sold for up for €76,250 and €73,200. Ahead of the auction, Jura Encheres had set the guide price for the wine at between €15,000 and €20,000 each. The larger-than-average 87-centilitre bottles were made from grapes harvested under the reign of Louis XVI.

The buyers were Canadians and someone who used to buy for Americans with links to France, Fenaux said. "There were winemakers in the room who applauded, who were happy, it was moving."

What is Vin Jaune (yellow wine)?

Vin jaune is a type of dry, white wine with a deep, rich golden color made from the Savagnin grape, a variety almost exclusively to Jura. It has been described as being, "similar to dry fino sherry."

Arbois was also the birthplace of Louis Pasteur, the creator of modern oenology, who — according to Christie's auction house — was asked by Napoleon III to investigate the maturation of wine. In the process, he discovered the role of yeast during fermentation. Christie's said, "Of course from this experiment the science of oenology was born, but not to mention the pasteurization process that we use today for milk!"