Vincent Lambert can be allowed to die, EU court rules

A tetraplegic patient severely injured in 2008 can be taken off life support, according to Europe's human rights court. The ruling in Strasbourg upheld a top French court's view, but not that of Lambert's parents. 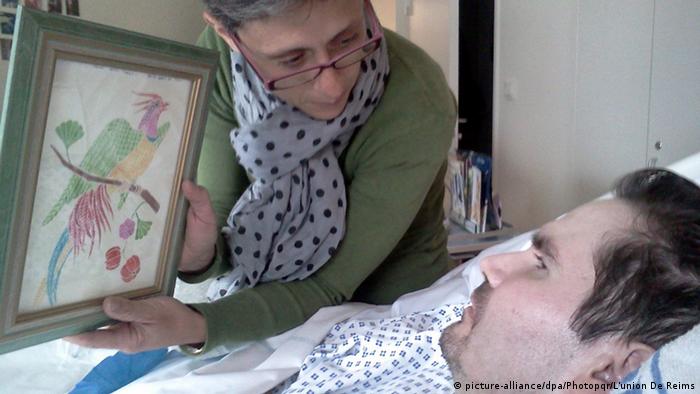 The Strasbourg panel voted 12 to five that intravenous support could stop. Its ruling could become a benchmark across the continent.

Lambert, a psychiatric nurse from Reims in eastern France and now in his late 30s, was left severely brain damaged and immobilized after a 2008 road accident.

The high-profile case prompted nationwide debate in France about end-of-life practices and legal divisions between members of Lambert's family.

Six of Lambert's eight siblings backed his wife, Rachel, who is also a psychiatric nurse, in wanting to "let him go" in line with a passive euthanasia law adopted in France in 2005.

Lambert's doctor briefly withdrew life support in April 2013 and again in January 2014 at their request, but these actions were interrupted through injunctions lodged by Lambert's devout Catholic parents, his half-brother and his sister.

In June last year, France's Conseil d'Etat administrative court ruled that the doctor's actions to withdraw care were lawful because there was no hope of recovery.

Lambert's parents then appealed to the Strasbourg court.

The parents argued for continuing medical support, saying that it came under the auspices of the European Convention of Human Rights and its stipulations protecting the right to life, respect for family life and outlawing inhumane treatment.

His mother, Viviane (pictured above with Lambert), said her son was merely handicapped and any attempt to stop life-sustaining treatment would amount to "disguised euthanasia."

She said he had "never left a note" explaining his wishes and claimed he was showing signs of progress, such as lifting his leg. She called Friday's ruling a "scandal," saying "we will stay at Vincent's side and we will continue to fight."

In Friday's judgement, the European court endorsed the French court's assessment that Lambert had indicated that he did not want to be kept in a vegetative state.

"There is no relief, no joy to express. We'd just like his will be done," Rachel Lambert told journalists on Friday following the Strasbourg ruling.

He stressed that the initial decision had been taken in January 2014.

Bernard Jeanblanc, the head doctor at the Strasbourg clinic where Lambert's parents want him moved, said the patient was "not in a vegetative state" but had a degree of consciousness which enabled him to interact with his environment.