The Viking sites Haithabu and Danevirke in northern Germany are part of the world heritage of mankind. This was decided by the UNESCO World Heritage Committee at its meeting in Bahrain. 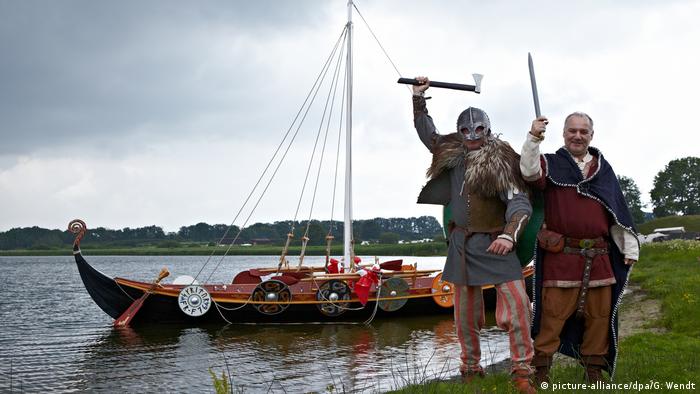 A thousand years ago, the "wild hordes from the north" terrified the whole of Europe. Now the Vikings have won the 43rd UNESCO World Heritage title for Germany, without the use of axe and sword.

The site was added by the UNESCO committee meeting in Manama, Bahrain on Saturday.

The Archaeological Border Landscape of Hedeby and the Danevirke is the 43rd World Heritage List site to be inscribed in Germany, which already has 39 cultural sites and 3 natural sites on the list.

Haithabu: a window to the Viking Age

In 1897, the old Viking town of Haithabu was discovered in Schleswig in northern Germany. The excavations began in 1900 and continue to this day. The importance of this site is becoming increasingly apparent: It was the most important long-distance trading center in northern Europe. Here all important routes converged, as well as people from different origins: Frisians, Danes, Saxons, Slavs, even traders from far away Byzantium. 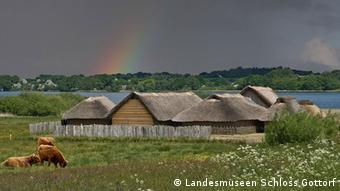 The hordes from the north

From the 9th to 11th century, the Danes, Swedes and Norwegians were called Vikings by the rest of Europe. The name probably derives from the Old Norse verb "vikingr," which means robbing or looting.The Vikings were not a uniform people, they belonged to different tribes in Scandinavia. They joined together in loose alliances in order to make fast prey in central and southern Europe and to find new settlements. They blitzed onto coasts and shores with their agile ships. Armed to the teeth, they conquered villages, plundered monasteries and burned down what they could not take with them. Vikings was the name given to them by the people who were attacked. They saw the Nordic warriors as a terrible invasion.

One of the world's largest Viking settlements

In the eighth century, it was probably Frisian merchants who settled on the Schlei, a 40-kilometer-long (25-mile-long) navigable branch of the Baltic Sea. Danes and other Scandinavians followed. They gave the new settlement the name Haithabu, which is composed of the two Old Norse words "Heide" which means heath and "Hof," the German for yard. The people of the "heath yard" built a harbor, streets, houses and ramparts. In its heyday, the town counted 1,500 to 2,000 people. Some lived from trade, others from plunder. From Haithabu, the fully loaded merchant ships took goods as far as Constantinople or Baghdad. But the Vikings also set sail from here on the fast, slim war boats with which they went on their raids. 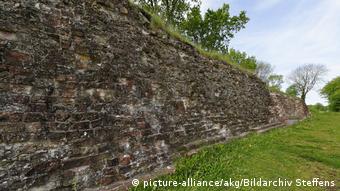 Near Haithabu, the Danish kings built a mighty border fortification to secure the southern border of their empire and the trading city of Haithabu. The Danevirke consisted of earth mounds, walls, ditches and a barrier in the river Schlei. The Danevirke is 33 kilometers long and is considered the largest surface monument in northern Europe.

In the end, it was of no use at all: after surviving many attacks, the city was destroyed in 1066 in an attack by Slavic troops. Haithabu's history ended after only 300 years.

Archaeologists have been digging around Haithabu for over 100 years, but to date only about five percent of the settlement and port have been uncovered. It is one of the most important archaeological sites in northern Europe. A museum displays the precious finds, such as gold jewelry from a woman's grave. In addition, various settlement houses have been reconstructed so that visitors can see how the Vikings lived and worked. 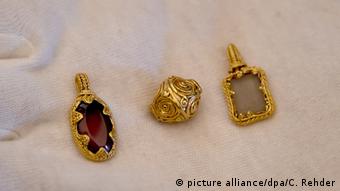 The reputation of the Vikings as dreaded, merciless warriors has lasted to this day. But Haithabu and Danevirke also tell the other side of the story: that of successful merchants who pursued trade and craftsmanship at the highest level. Now Haithabu and Danevirke have been included in the World Heritage List of mankind at the UNESCO Annual Conference in Barhain. It's the 43rd title for Germany.

Muskau Park in eastern Germany is one big work of gardening art. In 1815, Prince Hermann von Pückler-Muskau had it laid out in the English-Garden style. In 2004, UNESCO inscribed it as a World Cultural Heritage site.