Vietnamese authorities are preparing to evacuate 1.2 million people as the powerful typhoon bears down on the country's central coast. The storm has already battered the Philippines, causing flooding and landslides. 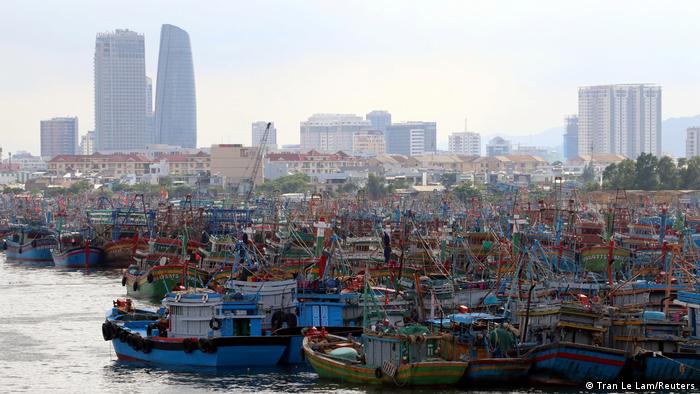 Vietnam was preparing the evacuation of more than 1.2 million people on Monday as it braces for Typhoon Molave.

The storm is currently gathering steam over the South China Sea and is forecast to strengthen to category 2 before making landfall Wednesday, according to Vietnam's National Center for Hydro-Meteorlogical Forecasting.

It is the fourth tropical storm to hit the area over the past month, which has seen floods and landslides that have killed 130 people and left 20 more missing.

"This is a very strong typhoon that will impact a large area," Prime Minister Nguyen Xuan Phuc said, warning local authorities in the path of the storm to prepare. "Troops must deploy full force to support people, including mobilizing helicopters, tanks and other means of transportation if needed." 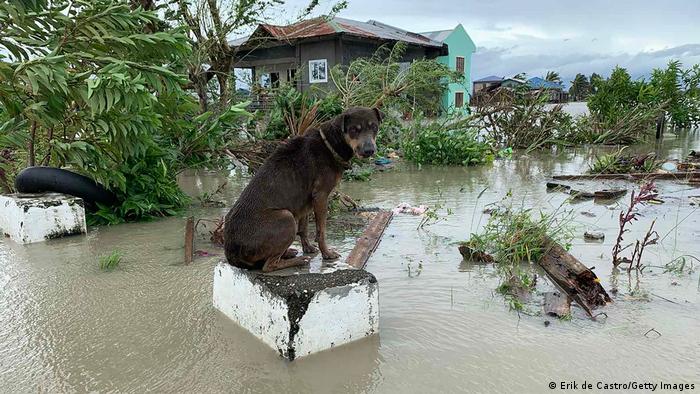 Molave has already brought heavy flooding to the Philippines

Phuc compared the storm to Typhoon Damrey, which killed more than 100 people in central Vietnam in 2017.

Nearly 12 million people living along Vietnam's coastal provinces are at risk to serious flooding, according to a World Bank report last week.

Read more: In Vietnam, life in the shadow of climate change

Molave lashed the Philippines overnight Sunday with maximum sustained winds of 120 kilometers per hour (80 miles per hour). Making landfall on the southern end of the main island of Luzon before moving west, it caused flooding and landslides and left at least 12 fishermen missing in the Bicol region.

The fishermen had gone out to sea over the weekend despite no-sail restrictions in place due to rough waters. Coast guard personnel were conducting search operations.

Nearly 70,000 people had sought shelter in the Bicol region, the Office of Civil Defense said. 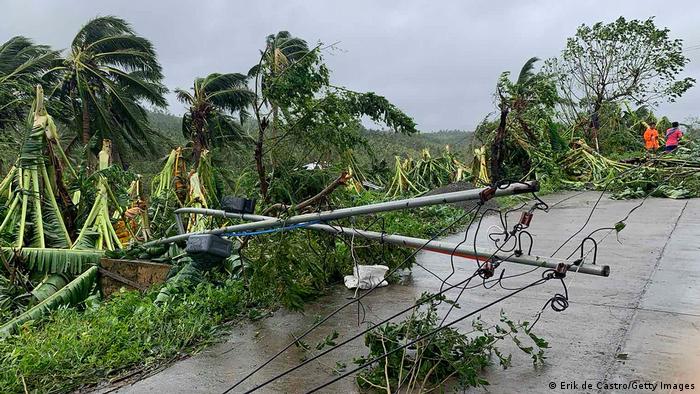 Humerlito Dolor, governor of Oriental Mindoro province, told DZMM radio that heavy rains overnight swamped farming villages in his province and heavy winds downed trees, leading to power outages. "Villagers are now being asked to be rescued because of the sudden wind which blew away roofs," he said.

Molave is the 17th typhoon to hit the Philippines this year.