The Vietnamese government has been increasingly cracking down on Internet activists. Not long ago, three bloggers were convicted of distributing "propaganda against the state" and received long-term jail sentences. 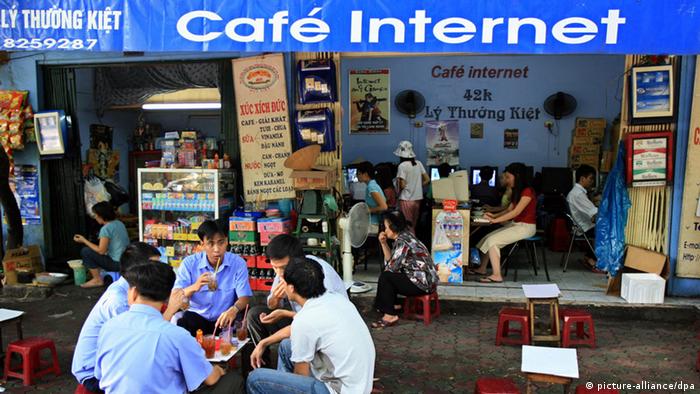 The trial was postponed multiple times. But in the end, it only lasted half a day. Three bloggers were sentenced on Monday (September 24) to long jail terms in Vietnam for criticizing the Communist government.

The two men and one woman have been sentenced to 4 to 12 years in jail. A court in Ho Chi Minh City found them guilty of publishing articles on the Internet in which they had turned against the government, according to lawyer Ha Huy Son.

One of the men found guilty is named Nguyen Van Hai, who is better known as Dieu Cay. In 2008, he had received a two-year jail sentence for tax evasion. But instead of being released after his time was served, authorities prosecuted him again. Dieu Cay had been named by US President Barack Obama in a speech held in May 2012 against the suppression of citizen journalism in Vietnam.

Dieu Cay, Phanh Thanh Hai and Ta Phong Tan had in 2007 founded the Free Journalists Club. On the club's website, they published a number of articles which were critical of the government. In September 2011, the mother of the former policewoman Ta Phong Tan self-immolated in front of the government building in the southern province of Bac Lieu out of protest over the arrest of her daughter.

Rights organizations spoke out against the trial and demanded the immediate release of them. Rupert Abbott, Vietnam expert at Amnesty International, said the bloggers were political prisoners, whose only crime was to peacefully demand their right to free speech. Brad Adams of Human Rights Watch said they were not guilty of anything besides "publishing stories the government doesn't want the people to read."

Cracking down on Internet dissent

The Vietnamese government has been tightening its grip on the blogger scene since 2011. The country has one of the most active scenes in Southeast Asia. On average, one third of Vietnamese go online every day. Many young Internet users go to Internet cafes - a common fixture not only in the cities, but also in rural areas. "The bloggers have assumed a very important role," Jörg Wischermann told DW, "because they have gone around the government-imposed censorship of the media."

State media are silent on conflicts that move throughout the country and regularly erupt. For example, when farmers are expropriated by real estate speculators or given very low compensation payments. Government workers are often involved - either directly or indirectly. The past has seen brutal police operations when farmers have tried to defend themselves. Over the past few months, reports of such incidents have disappeared completely from official media outlets. The government fears protests by the farmers, as they are an important part of society, Wischermann. Bloggers were the only ones to report what was happening to the farmers by publishing photographs and videos. 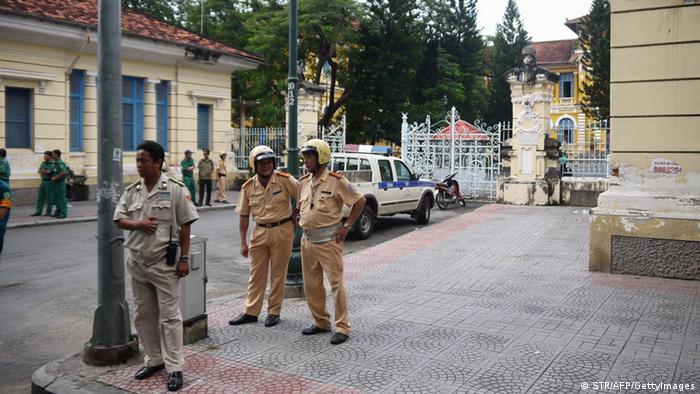 The crackdown on bloggers started a few years ago

To counteract Internet reports of the unrest, the Communist Party of Vietnam decided at its 11 th National Congress to crackdown on critics of the government. At the end of July 2012, an Internet decree was to be passed. To date it is unclear whether or not it will become a law. The decree encompasses 60 sections which are alarmingly vague. It forsees punishmet for the misuse of information critical of the Socialist Republic of Vietnam as well as attacks which undermine the unity of the people or the country's customs or tradition. The decree demands that a comprehensive filtering of content on the Internet and private websites will have to be signed up to the correct operator. In addition to that, private persons as well as internet providers will be prosecuted for violations by third parties.

Vietnam is now, unsurprisingly, ranks very low - 172 nd out of 179 countries - on Reporters Without Borders' Press Freedom Index. On its Enemies of the Internet list, Vietnam ranks third.

Reporters Without Borders reported on the techniques the government used to cut the bloggers down to size: bloggers are put under constant surveillance, they are threatened in broad daylight, attacked, arrested or intimidated in long interrogation sessions.

The purpose of such decrees were not to control the blogger scene, according to Wischermann.

"Previous decrees have shown that it is technically impossible to enforce all of that. Instead, it is about justifying certain police actions."

"Repression of the bloggers has become much worse in the past few years," Pham Thi Hoai, a Vietnamese journalist living in Berlin told DW.

"It is barely possible for people to develop freely. Bloggers are really being shown their limits." After such demonstrations of power by the government, the country's bloggers tended to keep a low profile. But then they usually went back to normal. "It is a never-ending game of cat and mouse. Right now, the government seems to have the upper hand."

Since the state controls mainstream media in Cambodia, people in the country turn to social media to express their political opinions. Such media, however, are still in the early stages in the Southeast Asian country. (10.08.2012)