A fugitive Vietnamese businessman accused of leaking state secrets has been arrested in Hanoi hours after he was deported by Singaporean authorities. His lawyers say he was trying to get to Germany. 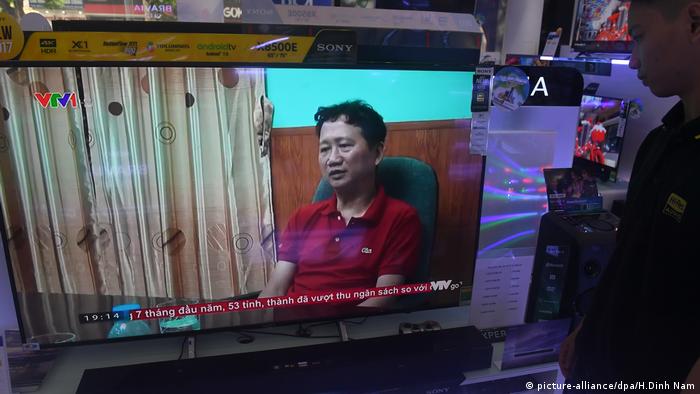 Oil executive Trinh Xuan Thanh, abducted in Berlin in July, is set to face court next week in Vietnam

Vietnamese authorities issued an arrest warrant for the 42-year-old businessman in December, charging him with divulging state secrets.

Vu told his lawyers he was also a high-ranking officer in Vietnam's secret police, and that he was trying to get to Germany to share information about the alleged abduction of a Vietnamese executive last year in Berlin. 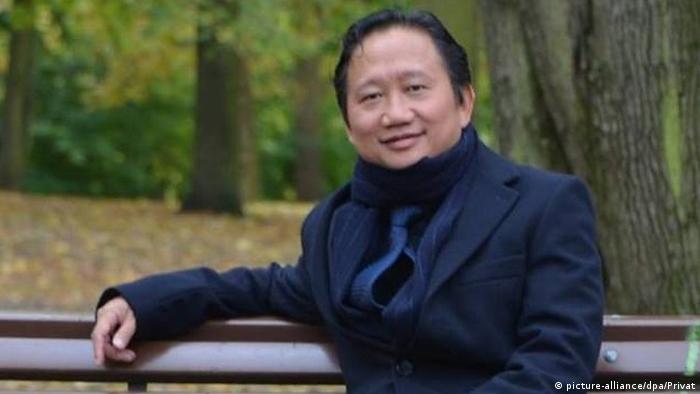 Vu was taken into custody in Singapore last week as he tried to travel to neighboring Malaysia. Authorities said he had entered the city-state on a Vietnamese passport with false information and was carrying another passport with his real identity.

While Singapore does not have an extradition treaty with Vietnam, both countries share close diplomatic and trade ties.

Phil Robertson, deputy Asia director for Human Rights Watch, warned the speed of deportation did not bode well for transparency in the case.

"Singapore deserves utter condemnation for forcing him back to face what will certainly be a kangaroo court trial, and quite possibly a death sentence," he said.

Vu's lawyers say he wanted to go to Germany to shed light on the July disappearance of Vietnamese oil executive Trinh Xuan Thanh in central Berlin. German officials allege he was brazenly seized, bundled into a car and whisked away to Vietnam in an operation mounted by Vietnamese spies.

Vietnam, which had earlier requested Germany extradite Thanh, denies it was behind any such plan.

Thanh is set to face court in Hanoi on Monday, accused of mismanagement at a subsidiary of the state-run oil giant PetroVietnam that resulted in losses of some $150 million (€127 million).

Vietnam's conservative government, in power since 2016, has detained dozens of suspects as part of an anti-corruption campaign. Many observers, however, warn the sweep is being used to crackdown on political allies of the former leadership rather than graft.