Wolfsburg maintained their Bundesliga status with a 1-0 win in the second leg of the relegation playoff. After missing several first half chances, Eintracht Braunschweig face another season in the second tier. 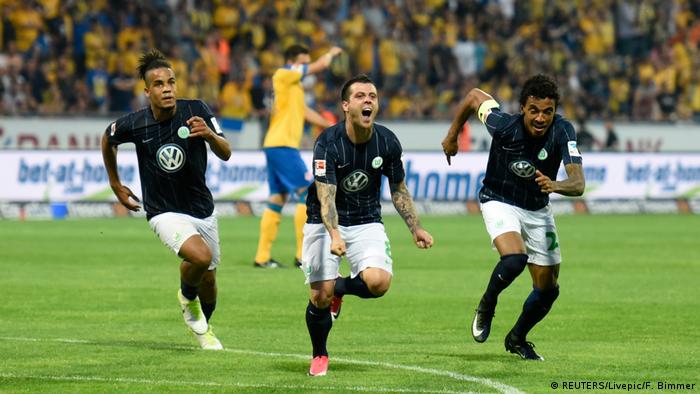 Vieirinha's second-half thunderbolt was enough to save Wolfsburg's Bundesliga status as the Wolves won 1-0 away at Eintracht Braunschweig in the second leg of the relegation playoff.

If the second division side felt hard done by when a dubious penalty decision gave Wolfsburg a 1-0 first leg lead last week, Torsten Lieberknecht's team only had themselves to blame in the return fixture, missing a string of first-half chances.

The Wolves, having struggled to cope with the hungry Lions in the first half, finally bared their teeth after the break as the superior quality of the higher-ranked side showed.

Lieberknecht made two changes to the side which lost on Thursday, Patrick Schönfeld and Salim Khelifi replacing Quirin Moll and Onel Hernandez. Andries Jonker stuck with the same eleven, with the exception of Vieirinha who took the place of the injured Paul-Georges Ntep. 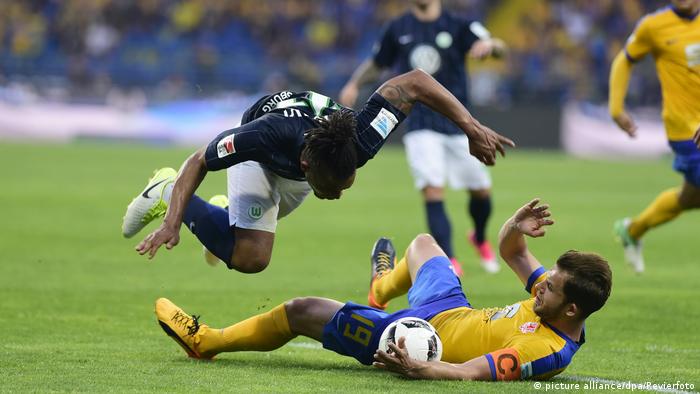 Christoffer Nyman ought to have given Braunschweig an early lead but, after a dangerous counter-attack down the right-hand-side, scuffed his shot straight at Casteels from only six yards out. Ten minutes later, captain Ken Reichel cut in from the left but his cross was agonisingly behind Gustav Valsvik who couldn't quite connect.

With the Braunschweig supporters making their feelings towards Mario Gomez quite clear (clue: they don't like him), their team fashioned their best chance yet. Five minutes before the break, the influential Nyman played in Reichel but the Eintracht captain blazed widly over the bar, as another chance went begging. 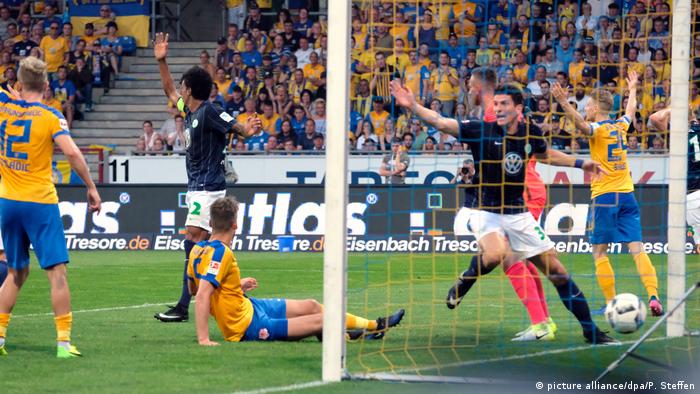 And indeed, the second division side would be made to pay for their profligacy shortly after the restart. First, Yunus Malli's shot was well saved by Fejzic, but the ball fell to Vieirinha on the edge of the box and the Portuguese winger fired an unstoppable effort into the top corner. His first goal since September 2015 and what a time to score it. Braunschweig needed three.

Both Malli and Vieirinha had been quiet in the first half but they started to pull the strings in the second half as Wolfsburg looked to turn the screw, the Turkish forward dribbling alone through the Braunschweig defence but failing to beat Fejzic.

Luis Gustavo could have made it 2-0 late on but somehow missed the target, the ball falling to the Brazillian five yards out after Gomez had gone down under a challenge from Fejzic. As the rain came down, the referee brought proceedings to a close and Wolfsburg were safe.

After a 1-0 defeat in Wolfsburg, Torsten Lieberknecht is confident that Eintracht Braunschweig can come from behind to win promotion to the Bundesliga. Wolfsburg coach Andries Jonker is expecting a difficult second leg. (29.05.2017)